Canberra United host Christmas toy appeal ... and a cracker against the Roar 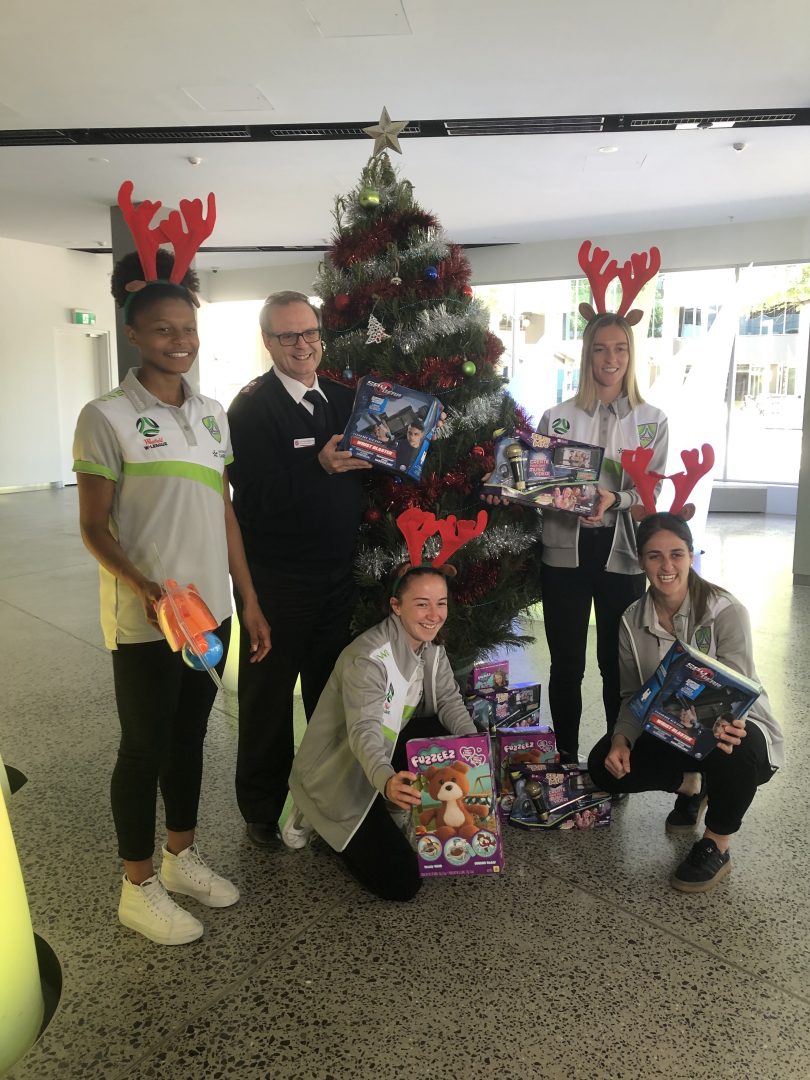 Canberra United players are encouraging fans to bring toys and put them under the Christmas tree for the Salvation Army at this Thursday’s game. Photos: Dominic Giannini, Region Media.

Canberra United will be bringing the Christmas cheer to McKellar Park this Thursday with a toy drive for the Salvation Army.

Fans are being encouraged to bring a toy to the game as a gift for families who may be struggling through the holiday period while watching the locals wrap up the three points against the Brisbane Roar.

Toys can be put under the Christmas tree at McKellar Park throughout the night, and don’t need to be wrapped, as it helps families choose a present that best suits them.

Captain Nikola Orgill says it is a really great way that the team can help give back to the community that supports them week in and week out.

“It means a lot. We get a lot of community support at our games. To have an opportunity, especially around this time of the year, to give back to the community means everything to us,” she said.

“We are all excited to be able to help and give back to the community again this year.”

We have our toys, have you got yours?

Don't forget to bring an unwrapped toy to tomorrow's game, presented by @ActewAGL. You could brighten someone's Christmas!

The Salvation Army’s Major David McMurray says it is fantastic when sports teams get on board as it helps more people feel like they are a part of the community and not missing out on all the fun and festivities.

“We find that we hand out more toys than we do hampers at Christmas time, so a lot of folks are finding themselves coming up short at that point,” Major McMurray said.

“We can put a smile on a child’s face simply by giving them a fabulous toy.”

The team will also be looking to gift fans a win at home after last weekend breaking a two-year away-win drought against the Newcastle Jets.

The game saw United claw back a win after giving up a two-goal lead before halftime, with Orgill saying that despite needing to improve on some mistakes, the team is pretty happy with the start of the season so far.

“We got our first win away in 741-days, so it’s good, good vibes going in and we are all looking forward to Thursday night,” Orgill said.

“The first half was strange, but that’s football, and you just got to regroup. I think we came out in the second half and did a lot better and cut out those silly mistakes and it showed.

“I think that’s the great thing about our team this year, we are very confident in our attack and if we can cut out those silly mistakes it would have been a much easier job for us but we got there in the end.”

Going into this week’s game against the Roar, the frontline will be one of the team’s biggest assets, boasting the recent addition of Norwegian international Elise Thorsnes, who scored the winner against Newcastle on the weekend. 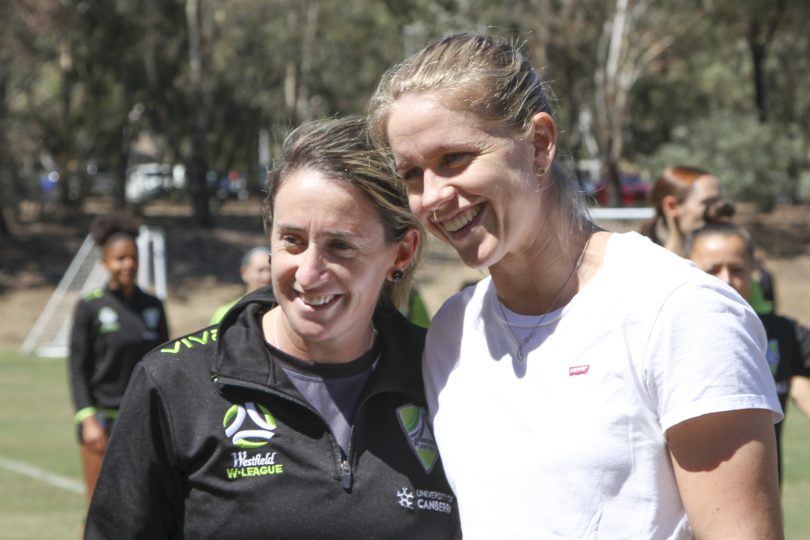 Coach Heather Garriock (left) welcomes Elise Thorsnes (right) to training last week, only hours after the Norwegian international got off a 30-hour flight.

“It’s awesome – we haven’t seen the best of her yet, I’m confident of that,” Orgill said.

“She is still pretty jetlagged and for her to have a performance like that was really positive for the team.

“She is such an awesome player and person and we are really excited to have her on board.”

Canberra United will take on the Brisbane Roar, 7:30 pm this Thursday night at McKellar Park. Tickets are available from Canberra United. 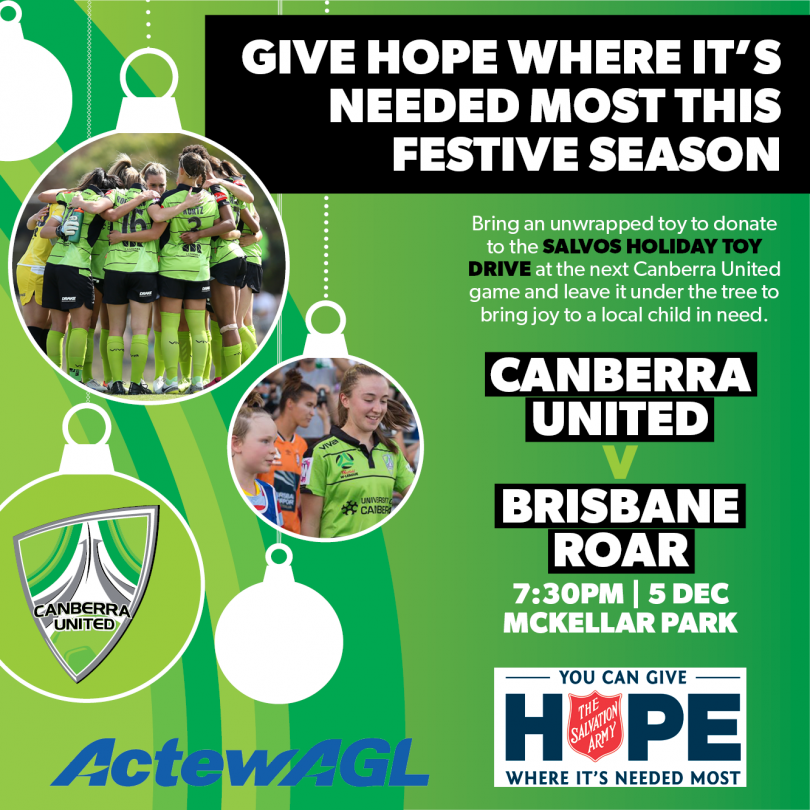