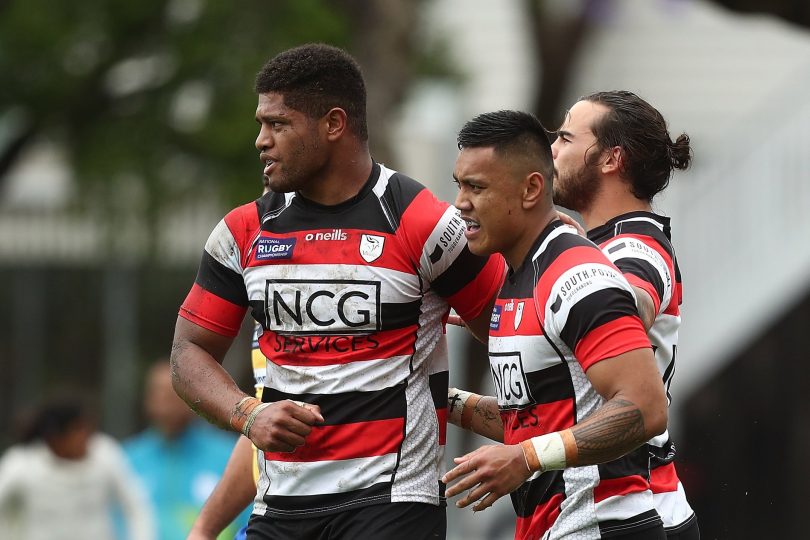 The Vikings defence has been the best in NRC history this season but they’re facing a Drua side which hasn’t lost at home. Photo: Supplied.

The Canberra Vikings return to Fiji to face the Fijian Drua in the National Rugby Championship (NRC) semi-final only a fortnight after being pipped in a thriller on their previous visit.

A hard-fought 13-10 victory over Brisbane City in atrocious conditions last Sunday confirmed the Vikings in fourth place, and a second trip to the Pacific Islands this season, with Queensland Country or Western Force awaiting the victors in the NRC grand final.

Vikings head coach Nick Scrivener will be hoping his team can eliminate the mistakes that blighted their performance in round six when a series of errors saw the visitors trail 33-7 at one stage.

A stirring second-half comeback saw the Vikings turn the 26-point deficit into a remarkable 35-33 lead before a combination of fatigue and the oppressive conditions eventually saw the Canberra side succumb by 40-35.

The Vikings defence has been the best in NRC history this season but they’re facing a Drua side which hasn’t lost at home but Scrivener said his men now know how to overcome the mental challenge of playing oppressive conditions.

“They’re a good side, they’ve shown that as minor premiers and they’ve flogged everyone over there so if you give them space and opportunities then you’ll lose the game,” Scrivener said.

“We need to play our best game for sure but everyone is really excited. The feeling in the change rooms last time was we could have got them. We’re not going to go into our shell and play defensively. We’re not going to play pick-and-drive and kick when we get good ball in the right positions we want to go for sure.

“A lot of their tries are from 50 or 60 metres out or pouncing on dropped balls, so that’s the challenge. It’s not going to be 5-3. We’re going to have to score some tries because they’ve got plenty of points in them. When they are on song it’s almost like watching a different sport at times so we’ve got to stay mentally on for every part of the game.”

The flamboyant and exciting Fijians have been the standout side in the NRC in 2018 having won six of their seven matches to end the season on top of the table, ahead of the Queensland Country side by three points in the final standings.

The Vikings meanwhile have been forced to dig deep over the last few weeks earning gritty victories over NSW Country Eagles and Melbourne Rising prior to the Fijian setback and again digging deep into their reserves to fend off Brisbane City last time out.

The Vikings have shown they can match the Fijians in terms of exciting rugby, adding plenty of width to their game throughout the 2018 season with nineteen of the teams 31 tries having been claimed by the back-line, Jordan Jackson-Hope leads the way with a team-high five.

That’s not to say the forwards haven’t contributed, the Vikings pack having been at the cornerstone of their trio of gutsy wins with skipper Ben Hyne leading by example with some bullocking displays from the base of the scrum, aided and abetted by the rest of his tireless pack.

It will be a tough task for the Vikings to turn over the rampant Fijians on their own turf but there is a belief in the squad that they can achieve the feat and set up a grand final showdown in either Queensland or Western Australia next week.