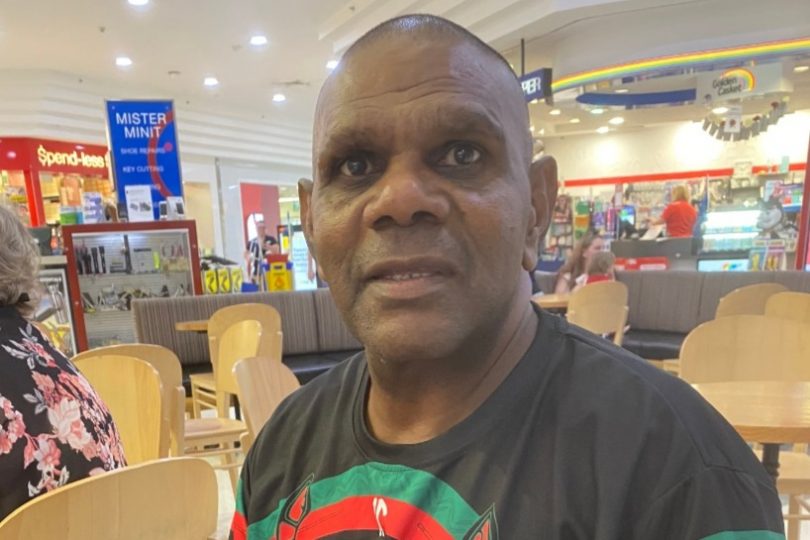 Kevin Henry spent 25 years in jail for a murder he says he didn’t commit. Photo: Supplied.

A journalist investigating what she believes may be the longest running case of false imprisonment in Australian legal history has furthered her quest to exonerate the convicted man through a residency program at The Australia Institute in Canberra.

Amy McQuire is a Darumbal and South Sea Islander journalist with over 13 years’ experience working in primarily Aboriginal and independent media. Her winning residency project, the book The Water Behind Us, is a journalistic investigation into the wrongful conviction of Aboriginal man Kevin Henry.

It’s a story with strong resonance for McQuire: in 1991, an Aboriginal woman was found murdered on the banks of the Fitzroy River in her hometown of Rockhampton. Within a week, four people were charged with her murder. Kevin Henry was convicted the following year of her rape and murder, but has always maintained his innocence.

The victim was found on a mud bank in the Fitzroy River in Rockhampton and had been assaulted by a group of people, each of whom was sentenced to three to four years’ jail. Henry is alleged to have placed the woman in the river, where she drowned.

Henry spent a quarter of a century in prison but was recently released and McQuire, who spent three years investigating the case, says she has evidence to support his claims of innocence. Should he be exonerated, he would be the longest serving wrongfully convicted prisoner in Australian legal history.

McQuire says her work with human rights lawyer Martin Hodgson has unearthed previously unseen witness statements, an alibi and a clear timeline that precludes Henry from being at the site at the time of the murder. There is also no DNA evidence of any kind.

The pair believe that not only was Henry’s confession most likely coerced, but that he was also given no legal representation. A large portion of the confession tendered by the prosecution was thrown out at his trial because the judge found it had not been obtained voluntarily.

The case is also the subject of an investigative podcast series, Curtain, co-hosted by McQuire and Hodgson which began while Kevin was still incarcerated in Rockhampton’s Capricorn Correctional Centre. In addition to the specifics of the case, the podcast also looks at broader issues around Aboriginal incarceration.

Speaking before the residency began in early December, McQuire said: “It is very rare that I get a great stretch of uninterrupted thinking time; so to be an Australia Institute Writer in Residence affords me the time to write, but also to think deeply about the complexities of the case and work through the structural issues in the book”.

The residency program is intended to support storytellers who are exploring nationally significant themes, and Australia Institute executive director Ben Oquist says this has never been more important than in this exceptionally difficult year for the arts.

“What struck the selection panel most about Amy McQuire’s project is not just that it is a worthy story that needs to be told, but that we felt only Amy could tell it,” said Melinda Smith.

“The panel had a very challenging task to select one writer from among a large pool of impressive applicants with exciting and vital writing projects. Australian non-fiction writing is in very good shape if the quality of this group of proposals is anything to go by.”