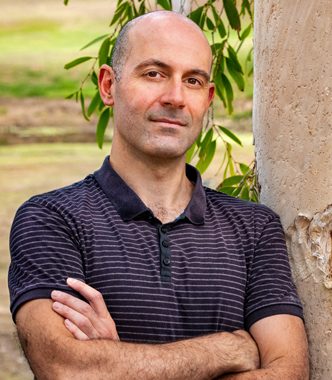 Canberra author Peter Papathanasiou’s true story of his adoption is set to be made into a television series. Photo: Supplied.

Canberra author Peter Papathanasiou was an adult when his loving, very close (and quite old) Greek parents dropped a bombshell: he wasn’t their biological child.

After his mother had suffered multiple miscarriages, her sister back in a remote Greek village offered her a startling act of love and generosity: she would conceive and gift them a child.

It was a traditional extended family answer to a heartbreaking problem and as Peter’s parents brought him home from Greece, the understanding was that nobody would ever be the wiser.

But for the Canberra-educated geneticist with a PhD from the Australian National University, the news was profoundly shocking.

“Initially, like any major startling event, there is a huge stew of emotions, especially when the woman you thought was your mum is telling you this,” says Peter. “I thought she was having me on. That became, ‘Why didn’t you tell me earlier – why didn’t you trust me?’

“But I reflected on what it actually meant and it didn’t change the past. When you think about the journey mum and dad endured, you can’t help but be compassionate and step outside the focus on yourself.”

The story – including meeting his two brothers back in the Greek village – formed the basis for a memoir, Little One, published by Allen and Unwin in 2019. And now it’s looking likely that the tale of love, loyalty and the clash between old and new ways will appear on the small screen as a television series.

The book has been green-lighted for development funding by Screen Canberra as a major TV drama series adaptation.

“A lot of readers noted it would be a good film or television show,” says Peter. “It covers similar territory to Lion, the Indian adoption story starring Nicole Kidman.”

The book was written with a film-friendly structure and earlier this year, Peter engaged a script editor who looked at the potential for adaptation and how to package the story. Television seemed like the best option for a relatively complex story, ensuring more screen time to explore its background.

The pitching process began and sparked interest from Peter Andrikidis, who has a long track record of productions with ABC, SBS, Seven Network, Nine Network, Netflix, Stan and Sony, and has been recognised with multiple AACTA Awards.

He shares Peter’s Greek heritage and recognises the story could also illustrate many of the cultural dynamics at play in families such as his own.

“The story also has a strong Canberra flavour,” says author Peter. “There’s a whole history that hasn’t really been explored about how Canberra was built and grew up, and the role that migrants had after WWII in building the city and working on the Snowy Hydro.”

While he was “pretty thrilled” that the book’s potential for adaptation has been recognised by Screen Canberra, Peter knows there’s a long journey before Little One reaches the screen.

He’s now developing a script and pulling together a team of locally based producers. The eventual adaptation will not necessarily be a complete rendering of the book, and the challenges of casting and production – including likely filming in Greece – are still ahead.

Peter also has another book in the works, crime novel The Stoning, which is set in a small outback town and was recently acquired by Australian publisher Transit Lounge for publication in 2021. He’s hoping to create a first on page and screen: a Greek-Australian detective hero.

But for now, Peter’s grateful to Screen Canberra for recognising a strong local story and he is eager to embark on the work to bring Little One to the screen.

“It’s all ahead of us,” he says. “I’m sure there will be roadblocks and challenges, but right now it feels like all sunny days.”

Little One, by Peter Papathanasiou, is published by Allen and Unwin and available at all leading bookstores. 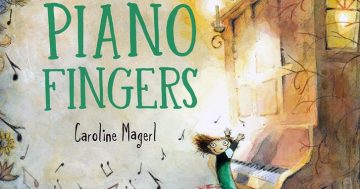 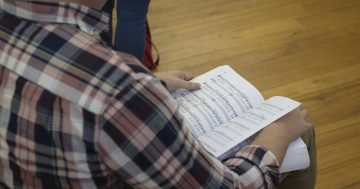 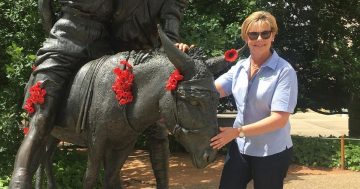 Marg's Canberra secrets scratch the surface of our hidden treasures