Canberra Youth Theatre Presents: Where in the World is Frank Sparrow? 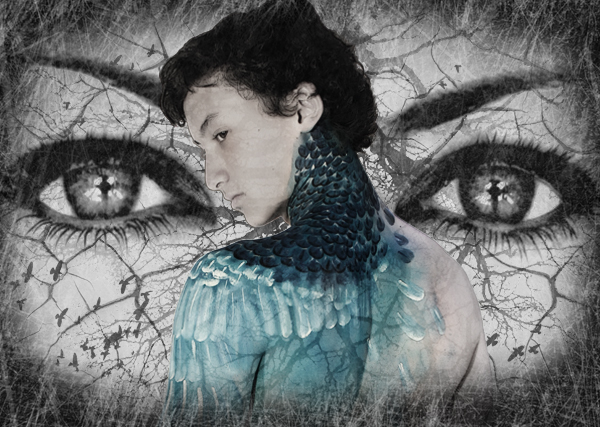 Where in the World is Frank Sparrow? is the final show of Canberra Youth Theatre’s hugely successful 2014 season! It also sees us continuing relationship with award winning playwright, Angela Betzien.

Where in the World is Frank Sparrow? showcases a quirky graphic novel style, which weaves a stark urban reality with the mythic underworld. Against this grim backdrop the young hero, Frank Sparrow, must endure dangers and trials, overcome weakness, find love and face death.

A uniquely modern legend completely written in verse, Where in the World is Frank Sparrow? reinvents the hero’s journey for the 21st Century and propels its audience through the dangerous streets of Stab City, into the dark underworld of change and transformation.

Tags Angela Betzien Canberra Youth Theatre Where in the World is Frank Sparrow?

Debbie Macaulay - 28 minutes ago
We lived in Canberra for 14years and never experienced this phenomena. I found it friendly and interacted with people from al... View
Margaret Freemantle - 1 hour ago
Being born here and loving the place, I feel sad if people find it cliquey. Ideas to make it less so?... View
Janet Ilchef - 2 hours ago
Matthew Soall tribal, perhaps? View
Food & Wine 10

Lin Van Oevelen - 1 hour ago
I am still looking for a great pad thai on the Northside. One of those simple dishes that requires real skill to get right, I... View
Salima Haidary - 2 hours ago
Kinn Thai used to be good, sadly no more 😭 View
Elise Quodling - 5 hours ago
David Gray research? 😉 View
Opinion 204

Karan Campbell-Davis - 9 hours ago
That's right, build more of those ugly, high density dog boxes, just like Sydney! 🙄 View
William Coats - 17 hours ago
what impact will further development in the Sullivans Creek catchment have on future flooding in Oconner and Lyneham. These a... View
Community 5

Jorge Gatica - 16 hours ago
Tom Porter they’ll have to de-moth and clear the spider webs first View
William Coats - 18 hours ago
will this announcment be followed through? or is it just another news headline like most others about health in the ACT View
Community 11

Donna Ainge - 17 hours ago
Hi Julie-Anne. Where in O’Connor did you live? Hakea Cres by any chance? View
News 13

Zakzook Chico - 17 hours ago
Patrick J Pentony couldn’t agree more View
William Coats - 17 hours ago
So after 20 years this Labor Greens Government is ready to promise action. I guess we will have to wait and see. View
Patrick J Pentony - 18 hours ago
Rheyce Spears we are at the start of the twentieth year of labor greens gov in the ACT. Not sure you can really blame anyone... View
Opinion 3

Region Media Group Editor Genevieve Jacobs has been recognised in the Australia Day Honours for her service to broadcast media...
Opinion 54

@The_RiotACT @The_RiotACT
After a tough few weeks for the team at Mogo Wildlife Park, the surprise delivery of a leggy new addition was a treat for visitors & staff https://t.co/Pc3ECJmQgp (2 hours ago)

@The_RiotACT @The_RiotACT
Drive, cycle or walk across Commonwealth Avenue Bridge? See what a difference the $137m upgrade will mean https://t.co/udqJrZvRPg (3 hours ago)