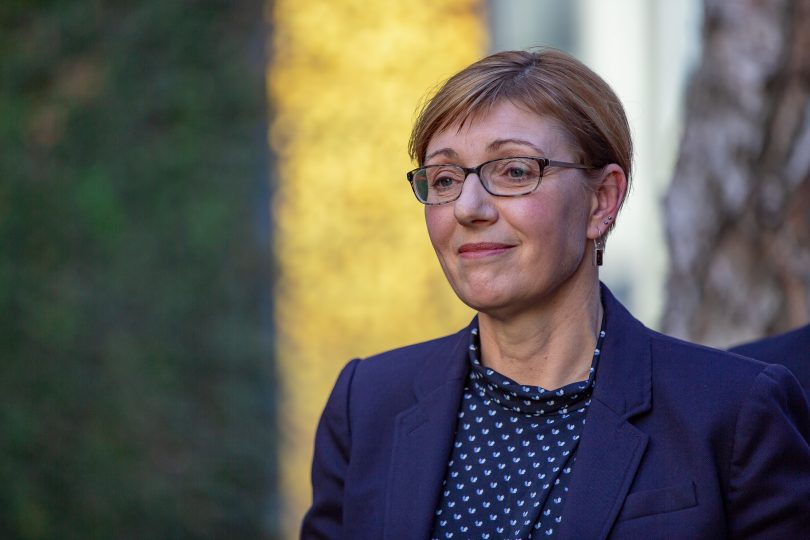 The morning after the ‘incident’ at Bimberi Youth Justice Centre last Monday ACT Youth and Health Minister Rachel Stephen-Smith wasn’t about to contradict reports that it was a riot.

Talking on ABC breakfast radio, she called it a significant and major incident that she didn’t want to ‘downplay’.

Details were scant but she could confirm that several staff members had been taken to Calvary and Canberra Hospitals, no detainees had been injured and with the help of police Bimberi had been secured in under two hours.

She would know more after her 7:30 am briefing and so, we all thought, would the people of Canberra, whose tax dollars fund the facility.

By lunchtime, the cone of silence had descended and the ‘incident’, in which an unknown number of detainees had somehow inflicted injuries on multiple staff who had lost control of Bimberi and needed the police to restore order, was definitely not a riot.

Ms Stephen-Smith followed the all-too predictable route of using the investigations under way, including one to be conducted by former NSW Chief Executive of Juvenile Justice Peter Muir, as an excuse to not answer journalists’ questions about how many detainees were involved, whether weapons of any sort were involved, the nature of the injuries, what may have triggered the ‘incident’ and how many police were deployed.

A string of such questions emailed to the Minister disappeared into the ether.

The Bimberi investigation’s priority is to get to the heart of why the riot happened and what should be done so it doesn’t happen again.

Obviously there needs to be an investigation into whatever you prefer to call it so authorities can fully understand what happened and why, but it seems that in the ACT, despite the small size of government and the jurisdiction itself, information that is in the public interest is kept secret under the guise of an inquiry pending far too often.

ACT Policing is notorious for the paucity of information it reveals to the media about even the most mundane operation.

And the ACT Government is all too willing to put a lid on things by referring matters to an official committee or inquiry and saying we will have to wait weeks or months after the issue has come to light until the findings, dutifully published in a glossy, edited report, massaged as needed, is presented to the media.

This is not good enough. The Bimberi investigation’s priority is to get to the heart of why the riot happened and what should be done so it doesn’t happen again, not be a delaying mechanism to take the heat out of the issue while it drops out of the news cycle.

Ms Stephen-Smith, fully briefed, knows what happened, the police who had to restore order know how many detainees they had to deal with, the staff and the people who treated them know their injuries and how they were inflicted, and the head of the facility would have a pretty good idea of the events and mood of the place leading up to the violence.

No doubt, being the small city that Canberra is, the truth or versions of the truth will emerge, fueling the very speculation that the Government may want to avoid.

The people of Canberra understand youth detention is a complex issue, they understand many of the detainees will have a troubled past and they know how an investigation is conducted, but when something big happens and public servants are injured in their workplace, they deserve to know more than the crumbs the Minister has given them.

I am thinking a lack of procedures, lack of training, lack of sufficient legislation.
Failure in duty of care for all concerned.
In all, a nice quite vicariously liable ACT Government.

Wouldn’t know the first thing about this part of her Ministership!!!!! Totally lost!!!!!Good luck to the staff involved,,,,I have a strong feeling this incident will be blamed on you guys!!!!

She seems to be too involved with the ABC to know what is really going on. The few listeners of the Devil’s Radio got the obfuscation and double talk. Bimberi staff members contacted Ray Hadley on 2GB and listeners heard that it was a riot.

Hi can you provide the link to this. Just checking if you are thinking of the one in NSW in July.

The funniest part is people getting on here making excuses for their delinquent childrens behaviour, and forgetting they are in there for a reason, and it’s not a holiday camp.

The riot should have been dealt with the same way it would be in an adult prison.

Why it doesn’t concern us?