Canberra’s karaoke cultures: Where, why and how do we perform? 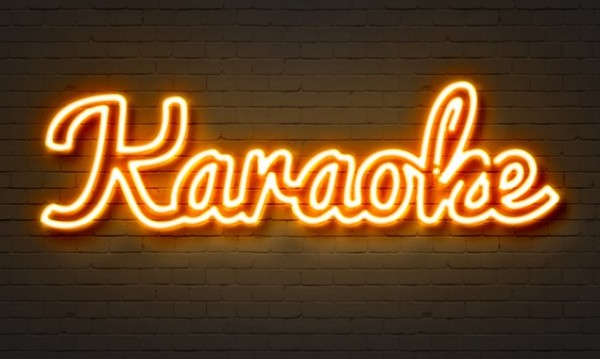 Canberra, like much of the world, is divided into two karaoke cultures: Eastern and Western.

The Eastern culture can be found at dedicated karaoke establishments like K Bar in Belconnen and Soundbox in Dickson. They cater for international students, new and not so new migrants, and the occasional lost-in-translation businessperson. The bars are hidden away, offering high levels of customer privacy and sound insulation. The rooms are glitzy and decked out with microphones, TVs, and sometimes a small stage. There are tens of thousands of songs to choose from originating from mainland China, Hong Kong, Korea, Japan, Vietnam, the Philippines and the West, reflecting the popularity of this pastime across Asia.

Many Asian homes in Canberra have a mixer and microphones hooked up to the family television, ready for any occasion that calls for a song.

Canberra’s Western karaoke scene centres around a number of pubs and clubs – The Irish Club, PJ O’Reilly’s, Digress, Transit Bar, Polit Bar and a few others – that bring in a DJ/KJ every week or month, sometimes to run competitions. The resurgence of karaoke in the West is in part explained by the popularity of shows like The Voice, Idol, Australia’s Got Talent and The X-Factor.

Performing karaoke can provide a release and even inject confidence. This is in part alcohol-related. However when it comes to Western karaoke, grog commonly enables the music. Not so in the Eastern bars where alcohol is to karaoke what it is to food: an accompaniment or enhancer.

After living in Vietnam for a year and half, I became very familiar with the clash of cultures when it comes to karaoke.

My greatest fear in Asia is going on a business trip or social outing and being invited (Or should I say “commanded”?) to sing. It’s even worse when binge-drinking and callgirls are involved.

It’s not that I don’t like music, quite the opposite. Karaoke, even when it’s done competently, isn’t really music. It’s like glamour photography: totally kitsch. Singing karaoke is kitsch because it’s about pretending to be a star rather than developing the skills necessary to be a professional performer. It inflates the egos of wannabes.

So on occasion when I sing karaoke it is in a kitschy sort of way, which is to say that, in truth, I do not like it at all.

The Eastern response can be articulated as follows.

I like to fill my home and community with song. By singing I express what’s in my heart and soul; karaoke is an amplification of that process.

I don’t like callgirls, binge drinking or crassness either. There’s no shortage of these in the West. And often Westerners are their most avid patrons and promoters in the East.

The gap between these two worlds is easily bridged.

At East-meets-West business or social functions, Asians would do well to understand that singing is not everyone’s cup of tea and should not regard karaoke as a sacred ritual.

Westerners should consider giving karaoke a red hot go. It’s advisable to start with songs that are familiar to both the singer and the audience: the Beatles are a safe bet; David Bowie’s “Space Oddity” is out there without being alien; The Back Street Boys’ “I want it that way” is irresistible; and “Eternal Flame” by The Bangles often gets cigarette lighters or mobile phones swaying in the air.

With open hearts and a little effort, we can follow Michael Jackson and Lionel Ritchie’s example in acknowledging with respect to karaoke that:

There comes time
When we heed a certain call
When the world must come together as one.

Are you more Eastern or Western or something else when it comes to karaoke? Have you ever encountered a clash of karaoke cultures? What and how do you perform?

Kim Huynh teaches international relations at the ANU. His karaoke playlist includes “Wired for Sound”, “Man in Motion”, “Paradise by the Dashboard Light” and “Love Story”.

2 Responses to Canberra’s karaoke cultures: Where, why and how do we perform?
Filter
Showing only Website comments

16West does karaoke on wednesday nights, any song type is welcome, no restrictions, and they don’t take it too seriously, be as camp or wierd as you like. Not my personal cup of tea but im not going to stop anyone who is into this.

I’ve been there twice, it’s a great venue and lots of fun

16West does karaoke on wednesday nights, any song type is welcome, no restrictions, and they don’t take it too seriously, be as camp or wierd as you like. Not my personal cup of tea but im not going to stop anyone who is into this.