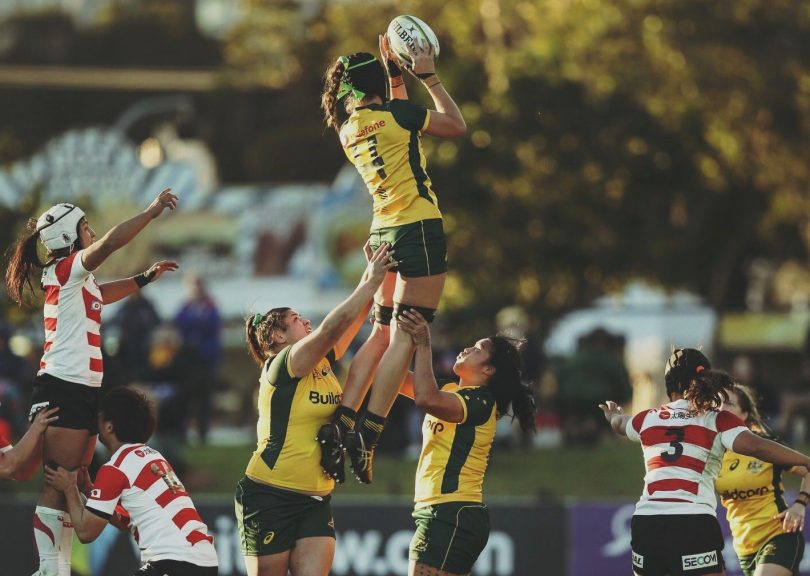 Growing up in Canberra, Michaela Leonard had her life mapped out and it didn’t include playing rugby union for the Brumbies, nor the national team, the Wallaroos.

Instead, Michaela, a student coming through St Mary MacKillop, focused on making it in another sport entirely.

“Initially my goal was to finish high school, go to America, then return to play for the Capitals,” she said.

Michaela was well justified in establishing this pathway, as a member of the Australian under 17 years basketball camp, as well as training with the Caps Academy.

Rugby union, it would appear, was a long way off at that stage.

It wasn’t until she tried another sport altogether that rugby came into her life.

Michaela recalls, “It stemmed from playing OZ Tag. We played rugby league before going to a rugby 7s trial at the University of Canberra.”

That was in 2017. And by her own admission she had little concept of rugby; “I hadn’t watched a game of rugby until I played my first match.” 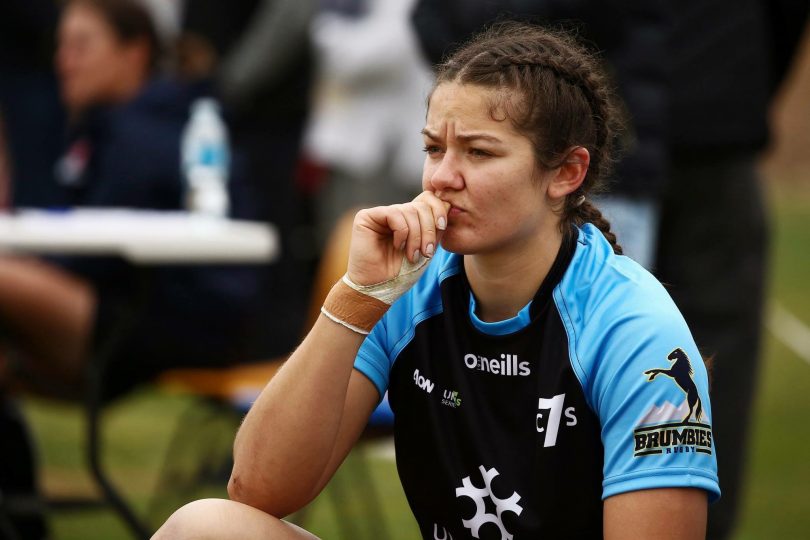 And the rest, as they say, is history. After making her debut in the 7s she went to play in the Brumbies Super W team last year and any thought of a basketball career effectively evaporated.

But Michaela believes it was because of basketball that she was able to make the most of rugby.

“I found that rugby has similar skills to basketball,” Says Michaela, “And I love the culture of rugby with all shapes and sizes and physicality.”

Michaela made her national debut with the Wallaroos on 13 July this year at lock against Japan in Newcastle. She says it was a surreal experience.

“It was incredible, getting to sing your national anthem. Playing at that level was indescribable.”

The experience has clearly strengthened her desire for success. “I want to achieve as much as I can in rugby,” says Michaela with determination.

And when rugby is fully exhausted, Michaela has her life well and truly mapped out.

It would appear she will still be involved in sport well beyond her playing days.

For the time being, she is combining her studies with her burgeoning rugby career. She is currently in the midst of playing for the Wallaroos in the Trans Tasman series against the world’s top team, New Zealand.

Then, of course, there is the prospect of the World Cup in 2021.