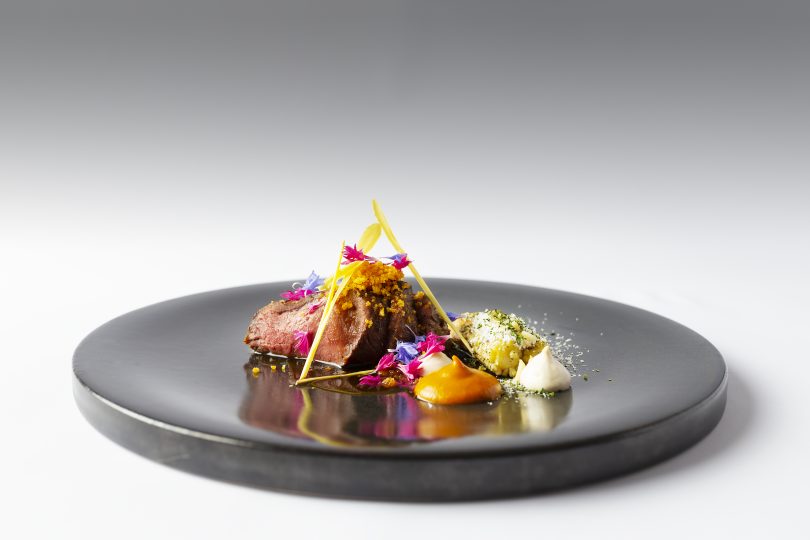 Sage’s coco butter seared kangaroo with roasted corn, roasted salsa and macadamia butter is a feast for the eyes as well as the tastebuds. Photo: Supplied.

TripAdvisor determines its annual Best of the Best lists by collating the reviews, ratings and saves that travellers around the globe share across categories including destinations, beaches, hotels, restaurants, attractions, experiences, emerging destinations and airlines. 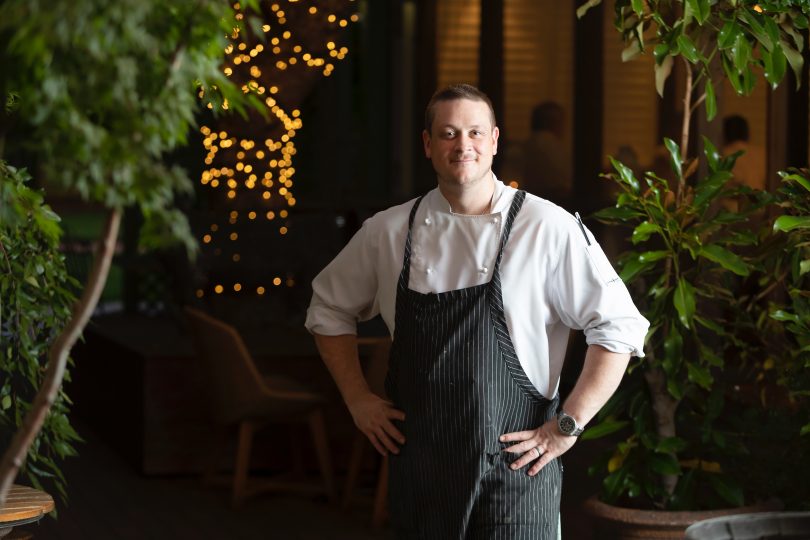 “Sage is also proud to have an exceptional line-up of excellent local wines,” Mr Heinrich said, adding that his top pick from the current Sage menu is tuna tartare with truffle and 64-degree egg, paired with a sparkling from the Mount Majura Vineyard.

“The wine lifts the beautifully clean flavours of the tuna while holding its own alongside local Canberra truffles from Jayson Mesman of The Truffle Farm.” 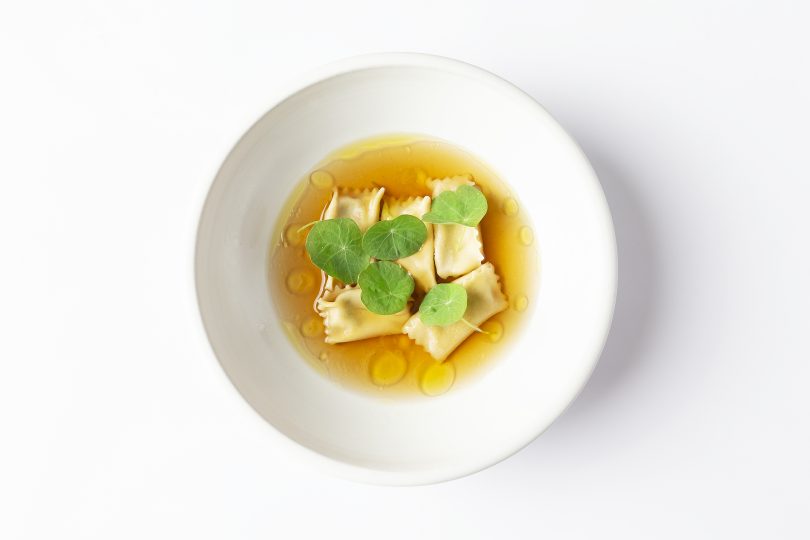 Other powerhouses in the Sage team include front of house Luke Marosszeky, formerly of Sydney’s award-winning Rockpool and Regatta restaurants. Sage is located in a tranquil garden setting within Braddon’s Gorman Arts Centre and has recently restarted its Friday and Saturday lunch service of two or three-course meals, plus a five-course chef selection, following COVID-19 restrictions.

“I’m incredibly proud of the amazing staff at all of our restaurants,” Sage co-owner Pete Harrington said. “Their commitment to providing the best hospitality experiences is second to none and receiving an award of this magnitude is an honour that acknowledges the care, hard work, passion and long hours put in.”

Sage has long been a magnificent dining spot.
As its fame ascended, its serves shrank. Do any of the images remind you of a ‘meal’?

Does he do a mixed grill with three veges, with gravy?

The head chef who won the award has just setup his own mini pop up restaurant in an abandoned shopping centre in Wanniassa.

I’m moving back to Tuggeranong. If they’ll have me. Doubt.

Luke Mac - 15 minutes ago
Michael mate, no point trying to reason with you if you’re just going argue points I never raised and make incorrect assump... View
MERC600 - 20 minutes ago
""Gwynne Nicholas''. Your ""NSW will go from a few thousand cases a day to tens of thousands per day."". Am unsure where you... View
Simon Trommestad - 26 minutes ago
Martin Budden, do you consider the Australian Bureau of Statistics to be staffed by experts in their field? '72.7% of people... View
News 1

Gassed - 1 hour ago
This is the result of the cowboy section of the construction industry opening up. View
News 43

chewy14 - 1 hour ago
Astro, That's a gross misrepresentation. "Current R4 doesn’t have this." How exactly will those redirects benefit? The ligh... View
Business 25

Brydie Kelly - 2 hours ago
Jackie Fuller I've been to many a birthday party and had my 30th there. It was always a warm and welcoming environment. View
Alicia Conley - 4 hours ago
If they try put a maccas or KFC there I'll be protesting View
Jackie Fuller - 4 hours ago
Been living in Chisholm for 11 years..... as a young family we would never step foot in the tavern, never felt safe to do so!... View
Business 5

whatwik - 2 hours ago
Here's road map clarity for us - "...and as we get closer, we will know when that time is and what that'll be for certain eve... View
Grace Hayes - 3 hours ago
Yeh and some small/medium business DONT qualify for grants... I’d like to see how many of these business that won’t be op... View
Opinion 35

Kathleen Beck - 3 hours ago
Jesus also says in Matthew do not add or take from the law until certain things are accomplished, Paul's covenant is adding.... View
phydeaux - 5 hours ago
" “I don’t know how serious your relationship is, but …”. This jab is definitely targeted..." Continuing harassment i... View
Ezekiel Chalmers - 6 hours ago
You know, maybe the Protestants have that one right; if the scripture isn't accurate enough that you should follow it, maybe... View
News 2

local1 - 4 hours ago
Lucky it's not a cemetery, cos it's right across the road from the dog kennels. View
News 57

Feedback - 6 hours ago
The ACT should allow children to go back to school based on ACT Vaccination thresholds and not wait for National Vaccination... View
Community 16

buzz819 - 10 hours ago
I still don't get why? The exposure sites are all over Canberra. Just because you want to know something, doesn't mean it is... View
show more show less
*Results are based on activity within last 7 days

UPDATED 2:00 pm: The ACT was originally scheduled to have 80 per cent of its population over the age of...
News 1

UPDATED 12:30 pm: On one of the ACT's worst days in the current outbreak, there are 30 new cases of...
*Results are based on activity within last 7 days

It can't be a true Canberra suburb without a playground. And sure enough, the new suburbs of Taylor and Coombs...
Opinion 53

This week, Lauren Jackson received yet another accolade in recognition of her incredible basketball career. No, it wasn’t in Canberra...
Opinion 43

There’s plenty to be frustrated about during the COVID-19 lockdown in Canberra. A scan of social media tells you as...
News 43

OTIS at Home: A fine dining date night but in your living room

@The_RiotACT @The_RiotACT
The #NSWGovernment has approved a new #cemetery and memorial park as a permissible use of land at two blocks in #Googong, with the current #Queanbeyan Cemetery nearing capacity https://t.co/QFEuDHCrwu (3 hours ago)