Canberra’s taverns: Give your local a go! 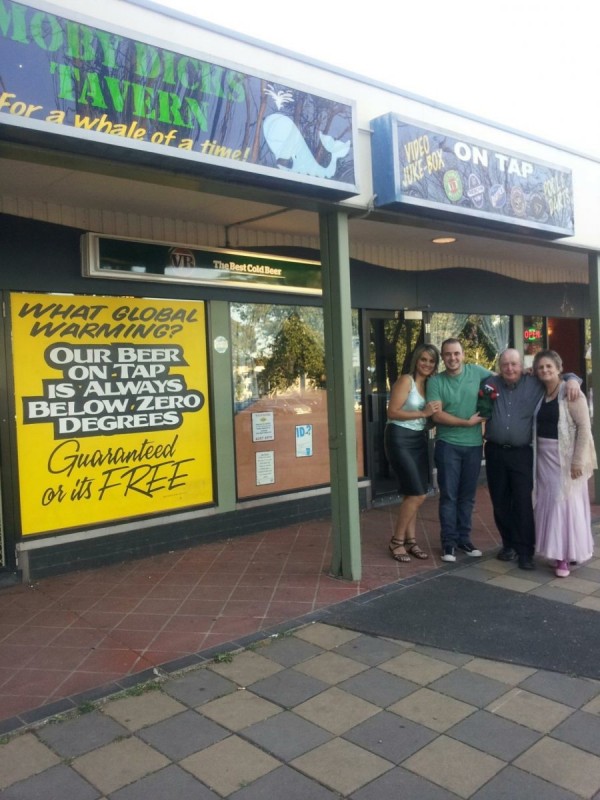 Lately, I’ve been trying to drink a little more. My goal is to down one beer every weeknight.

I’m obviously not a habitual drinker and don’t plan to be. But I like how a beer helps me to unwind, marking that important shift from daytime labour into night-time leisure.

Because there’s not always beer in the fridge I’ve started going to the local tavern (where the first draft for this article was written). I’m not yet a regular, but have come to know it well enough after years of passing by and wondering who went in there and how it stayed open.

I’ve also recently visited a couple of other taverns out of curiosity and nostalgia. The first bar drink that I ever had – a splendid fire engine with a jelly snake hanging over the rim – was purchased for me from Giralang Tavern, which is now and for the foreseeable future, a concrete slab.

For out-of-towners, the Canberra tavern is basically a working class pub. They vary in size but the ones that interest me most are small, almost hidden.

They are not trendy places. There’s just a handful of beers on tap: usually Carlton Draught or Tooheys New, almost always VB. The décor is sparse, often grey carpet, pastel furnishings and some wood panelling around the bar. There’s only one type of coaster, which most patrons don’t use. The jukebox plays rock or rock ballads. There’s also a pool table and sometimes a dart board. The only thing on the walls of my local is the Australian flag, the NRL draw and some NSW Blues memorabilia. 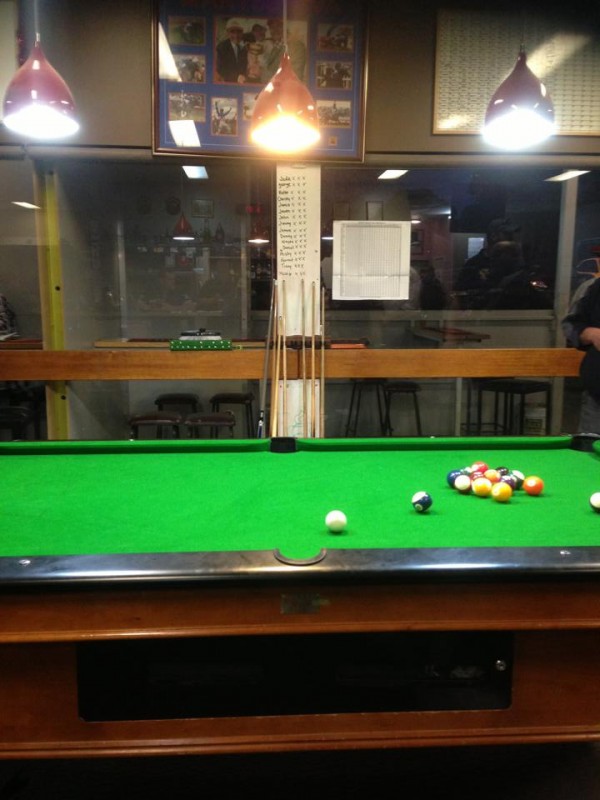 The taverns that I visited had no social media presence. Indeed, I had trouble figuring out the opening hours. In a way it was like going to someone’s house: visitors can come in whenever there’s somebody at home and are asked to leave when they become inconvenient.

Most of the patrons — like me — simply want to have a drink and a chat at the end of the day. But they are far more experienced drinkers, heading back to the bar several times while I am still working on my solitary schooner. In talking to them and to friends who know taverns much better than me, my sense is that Canberra’s taverns survive by selling a lot of drinks to a small number of regulars.

The cheap beer makes it possible for patrons to buy rounds and drink communally, which becomes less viable and enjoyable when you’re paying $13 for a pint.

Beyond the moderate prices, there’s good reason for people to give their local a go.

There are no pokies which means that just about everyone in a tavern interacts with one another. At the same time, taverns are not as noisy and cramped as the trendy places.

If your idea of hipster cool is somewhere that’s authentic, grass roots and out of the way – then that’s a tick, tick and tick for taverns. In terms of bespoke quirkiness, one of the watering holes that I popped into seemed to be a photocopier storage or repair shop. There were a few of them lined up against the wall (one was draped with a Blues scarf and another with a Maroons one).

Like the stereotypical small town pub, I’ve found that people in taverns turn around and look at you when you enter. But the fact that they are close-knit does not make them hostile.

Last Saturday I dragged a friend along to a tavern that’s only fifty metres from his house, but to which he had never been. The bartender was gruff to be sure, but soon emerged with a plate of complimentary dim sims and spring rolls which he offered to us with an unspoken insistence that we eat. We thanked him and as he walked away, he nudged the bar heater on the floor with his boot so that it pointed in our direction. Now how’s that for warmth?

Are you a Canberra tavern regular? Why or why not? What are your most memorable tavern experiences? What’s your favourite local? We’d love to see photos on our Facebook page.

Kim Huynh teaches international relations at the ANU. In no particular order, his beers of choice are Carlton Dry, Carlton Draught and VB.

3 Responses to Canberra’s taverns: Give your local a go!
Filter
Showing only Website comments

I’m not much of a club goer and usually only get one go out of the compulsory membership. That means that the cheap meal costs a further $5 for membership. The pretensions to taste, family etc are a very thin disguise for the deep sadness of gambling IMHO. Old taverns aren’t that interesting either unless they serve good food (and Reschs of course). Just beer and a packet of chips is a little too old school for my tastes.

However, I’m a fan of the new generation of pub/tavern that seem to be springing up. A hidden gem is the Aranda Tavern which is definitely on the hipster side of the equation but done well and I only look at what is on the plate or in the glass and it’s a thumbs up on that score.

Of course Edgars in Ainslie also has to get a guernsey even though it is far from new. OCI is always good for a spot of live music.

The Tav in Murrumbateman is a great beer and burger joint if you want to take a break from winery hopping. And it is old school but proves that old-school doesn’t mean a lack of style

I guess that’s one ritual to mark the movement from work to play.
I go home, shower, sit with others of like mind, do 20 minutes of TRANSCENDENTAL MEDITATION & take it’s effects into the rest of my life.
BTW, I start the day the same way & can highly recommend it.

I think we’ve hit peak hipster when a hipster can (possibly ironically) patronise a local tavern and drink VB while ticking all the hipster boxes.
Or peak bogan. Or post-hipster. I just don’t know anymore.

David Wagner - 1 minute ago
I like it, but why not look at biogas using sewage plants eg. Europe or Stirling engines or ........ View
Capital Retro - 10 hours ago
You know what windfall means? Take that away and the venture has probably lost money. Gas peakers all over Australia would ha... View
Daniel O'Connell - 12 hours ago
Sean Kinmonth Our costs are increasing due to ACT's contracted prices for 100 percent renewables being greater than electrici... View
Opinion 1

Capital Retro - 39 minutes ago
They were introduced and approved by the virtue signally government you voted for, Zoya so suck it up. View
Food & Wine 11

Christopher Rompotis - 59 minutes ago
Hannah next brunch catch up? 🤔 View
Nicolas Normandeau - 9 hours ago
Matilda Jones I need this in my life. This sounds so good!... View
Grace Arndt - 10 hours ago
Alex Joyce would you look at that View
News 1

Acton - 1 hour ago
Stupid. They slip off accidently.... View
Property 5

chewy14 - 17 hours ago
The solution to this is simple. Instead of building more public housing, the government should divest itself of almost all of... View
Food & Wine 2

Gassed - 18 hours ago
Shame I thought they were going to sell actual chilli's not just sauces... View
Food & Wine 50

The ACT Government has plugged into the market to spark interest in contributing to the Canberra Big Battery initiative, a...
Food & Wine 50

@The_RiotACT @The_RiotACT
When did you last eat a toasted sandwich? Melted Toasted Sandwich Emporium in #Fyshwick is giving the humble classic the gourmet treatment. https://t.co/oxLZ0vYp71 (12 hours ago)