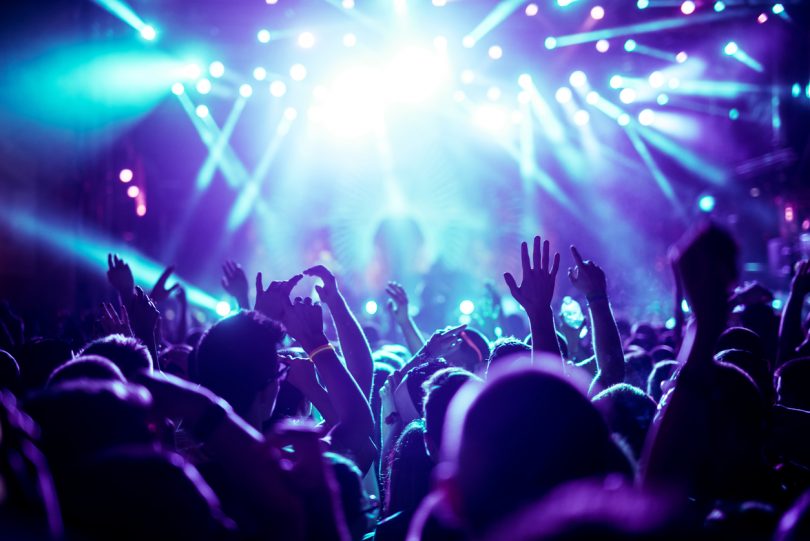 It’s safe to say that Canberra’s nightlife is in a state of flux. But far from being a disaster, a shift in the way we think about live music in Canberra is a welcome opportunity.

Now’s the time to step out to a venue you might not have attended before, or engage with a community of people who love what you love. Less a stocktake and more a snapshot, here’s where to look if you’re hanging out for a live music fix. 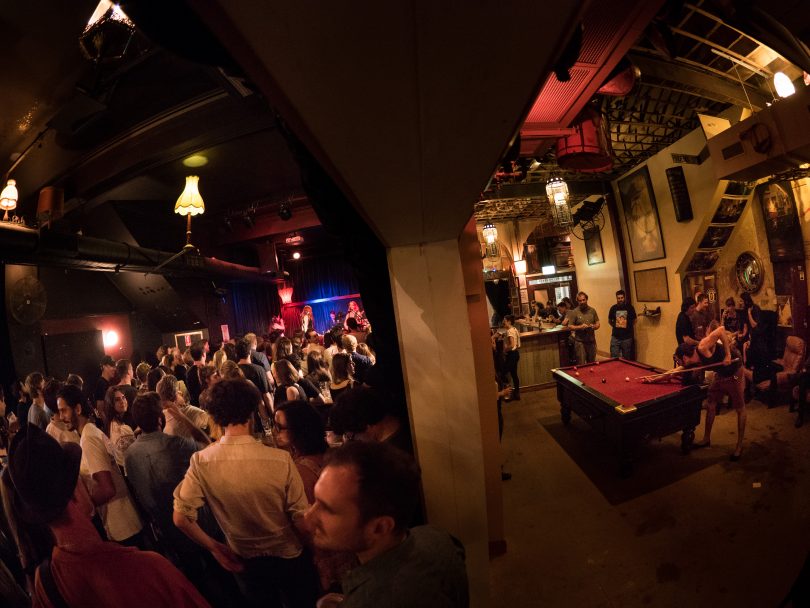 Despite facing a number of challenges in recent times, The Phoenix is as strong as ever. Photo: Patrick Cox.

A staple of the live music scene since the mid-nineties, Canberra’s most beloved dive bar has become a haven for everything from DIY punk, to poetry readings, and line-round-the-corner touring acts. Sporting one of the most reliable pub stages in the country – both in terms of attendance and quality of performers – The Phoenix has been a nursery for virtually every band to emerge out of Canberra in recent times.

Who’s played there: Camp Cope, Cable Ties, The Smith Street Band
A typical night: Getting in early for a Monday night Bootlegs to catch that band your mate has been raving about and a few that you’ve never heard of before. 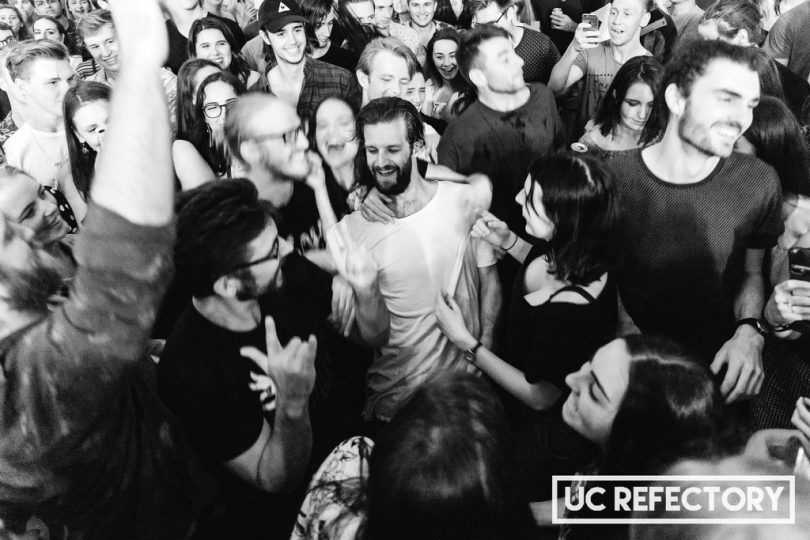 As Canberra’s premiere band room, UC Refectory attracts the Australian music industry’s biggest drawcards. With space for you and a few thousand of your closest friends, the Refectory has taken up the mantle from ANU Bar as the home of music for the city’s student population. Catch Jet, Angus & Julia Stone, and The Presets playing here in the coming months.

Who’s played there: The Jungle Giants, Bec Sandridge, Hands Like Houses
A typical night: Trying not to tear up on your way to the venue as you walk past the field where Groovin the Moo, the Powderfinger/Silverchair Across the Great Divide Tour, and Stonefest were all held. 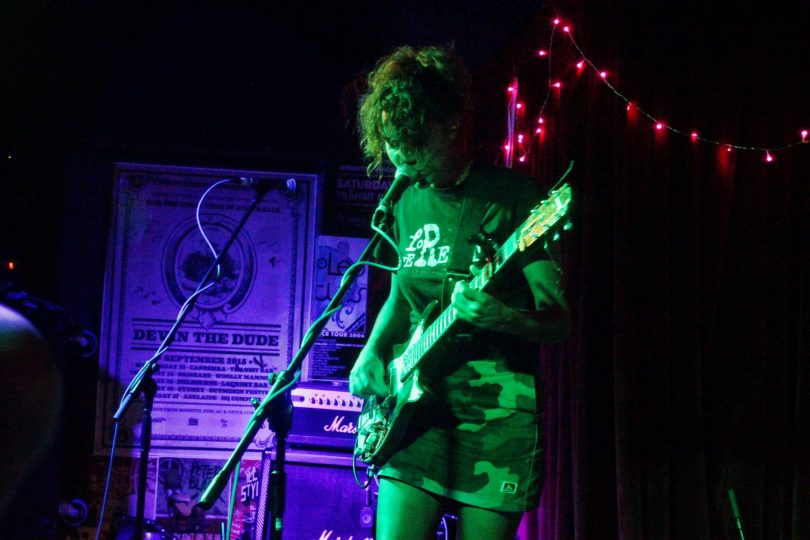 Sunken beneath Akuna Street, this basement venue is legendary among touring bands for offering some of the country’s wildest shows. With a knack for catching acts just as they’re approaching world-domination, Transit regularly hosts bands that go on to play much larger venues in Sydney and Melbourne just days later. It all makes a night out at Transit a sweaty, intimate affair.

Who’s played there: DJ Shadow, Gang of Youths, Adalita
A typical night: Ordering a thick-crust pizza and playing pool with the regulars before the place packs out for whichever big-name act is squeezing on to the tiny, red-curtain stage that night.

Smith’s offers something different to just about everywhere else.

Smith’s has become the place to be to see Canberra’s weird, wonderful, and diverse artistic output. Smith’s is open virtually 24/7, so whether you’re in need of a midday coffee, or a place to seek out the city’s emerging artists, Smith’s is the warmest, cruisiest venue in town. Just expect to be challenged from time to time by what’s actually happening on stage.

Who’s played there: Tim Rogers, Steve Smyth, Julia and the Deep Sea Sirens
A typical night: Sinking into an armchair with a glass of red and listening to Thursday night jazz. 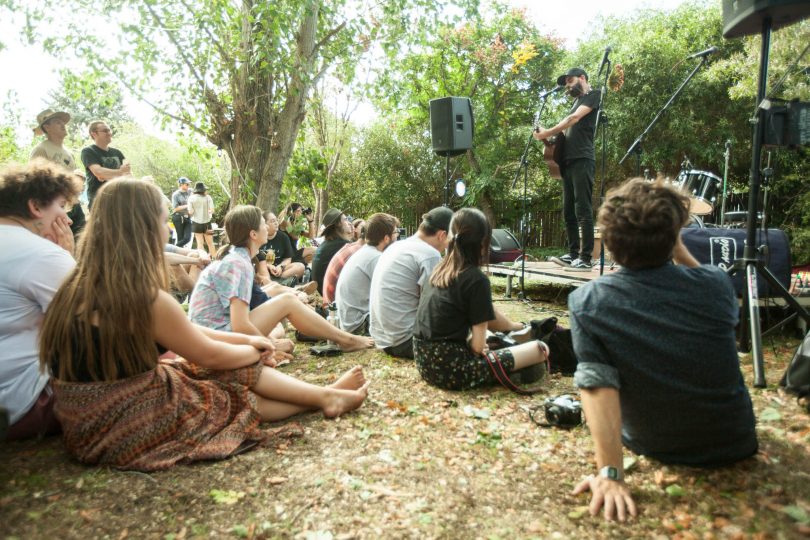 Mulgara isn’t strictly a venue, but rather a DIY community of creatives that live and breathe underground Australian music. If you’re uncertain about how to get involved with live music in Canberra, then Mulgara should be your first stop. Regularly offering shows in Inner North living rooms, backyards, and carports, you’ll find a welcoming, inclusive community surrounding everything Mulgara does.

Who’s played there: Lincoln Le Fevre, Hachiku, Carb on Carb
A typical night: Sipping mulled wine as you sit, rugged up on the floor of a carport watching a singer-songwriter wish you away from the Canberra winter while a fire crackles happily in the background. Sounds pretty good, doesn’t it?

Kasra Mn - 3 hours ago
At what $$ point is someone wealthy? View
Anita Patel - 3 hours ago
An excellent article. View
Sher Young - 10 hours ago
Wealth is alway about $$$ View
Community 10

Anne O'Hara - 6 hours ago
Hannah Zurcher I have no problem with workers going for what they think they are entitled to, I do have a problem with them p... View
Nathan Lofthouse - 6 hours ago
Sorry who else is pulling 4% p.a ? View
Keran Niquet - 18 hours ago
As usual Pinkas has got his head up his backside. Community support for his selfish actions is non existent! View
Community 1

jwinston - 16 hours ago
It would if it was rainbow coloured and all the legless lizards - oops, I mean handi-capable lizards - were all accounted for... View
Capital Retro - 17 hours ago
Amazing progress being made on this project. It couldn't happen like this in Canberra. View
Community 3

@The_RiotACT @The_RiotACT
Here are our top ten picks for your week ahead, including plenty of music and a fascinating talk from Sir Peter Cosgrove https://t.co/9liIXAVWGu (7 hours ago)

@The_RiotACT @The_RiotACT
The DA for the Fyshwick waste plant is going ahead after the government refused requests to talk to the proponent https://t.co/5dJmVGXVLj (9 hours ago)