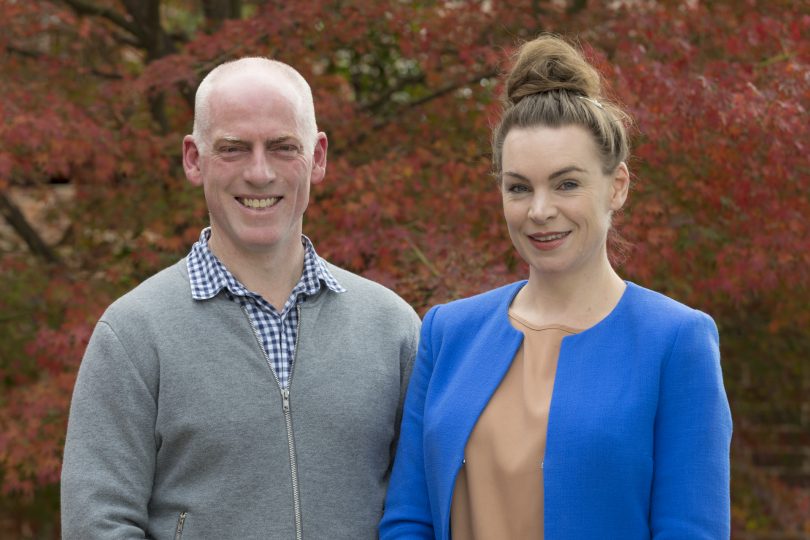 Award-winning Canberra tech firm Castlepoint Systems has embarked on a $2 million capital raising to hire more staff so it can cope with demand for its pioneering artificial intelligence (AI) data management and protection solution.

The capital raising follows a series of awards last month in quick succession for the two-year-old company, taking out the Cyber Security category at the Australian Technologies Competition, the Records and Information Management Professionals Australasia National Group Award and Group Excellence Award and the iAwards ACT Digital category.

CEO Rachael Greaves was also shortlisted for the Canberra Innovation Business Woman of the Year 2020.

Ms Greaves started the company with her partner Gavin McKay and it now employs 20 staff and has just moved into new offices in Bruce.

They have a $10 million-and-growing pipeline of work but not enough hands to do it all.

”We’re at the point now where, we’ve maximised how much work we can do a day,” Ms Greaves said, the day after putting in a 14-hour day including an online workshop looking at how AI can help with policing in Scotland.

Ms Greaves said that for Castlepoint it wasn’t just a matter of finding investors and filling roles, the calibre of those investors and hires was important.

The company wanted investors that brought strategic relationships, or the kind of existing ecosystem that it could tap into.

The people it needed to take the company to the next level would also want a well-paid career position to leave their current job.

”We don’t want to wait until we earn the revenue for these people. We want to secure the investment so we can secure them now,” Ms Greaves said.

But the company is still taking a conservative approach by only seeking what it needs and no more, despite being told it should pursue a bigger number.

With an eye firmly on export markets, the company is finding its original Commonwealth countries outlook is changing as word reaches other nations about Castlepoint’s potential.

”We’re making really good inroads into the UK and New Zealand, but what we’re finding is that international interest is coming from everywhere,” Ms Greaves said.

”We’ve got partners and work in Africa, the Netherlands, Norway and Japan – all sort of places we weren’t targeting but which our solution is a fit for.”

If anything, the pandemic has been good for business, changing a press-the-flesh culture to an acceptance of online communication that has closed the travel gap.

”It was crippling us, flying all over the country every week,” Ms Greaves said. “When COVID hit, people realised we can connect remotely. It opened up so many avenues for us as the culture changed, expectations changed.”

She said some projects stalled and were cancelled but others came to the company because of COVID-19, particularly people wanting to manage their risk.

And sometimes that risk is not even perceived until Castlepoint takes the blinkers off.

A good example is a recent piece of work for a government agency that discovered 200 active credit card numbers sitting in their system for the taking.

The agency realised it had a really significant problem that needed to be cleaned up, as well as a broken business process that had allowed hundreds of credit card details to be saved in its supposedly low-risk network.

Central to the company’s success has been being based in the national capital and the proximity to government agencies, which have shown a willingness to take a punt on the new AI approach, belying their cautious reputation.

”When they saw what we were doing early on they bought into it. They let us do trials and demonstrations in their environment. We couldn’t have got as far as we have without access to government in Canberra,” Ms Greaves said.

The awards have also raised the company’s profile and resulted in more enquiries.

”Those three awards cover the three core things that our product does – records management, information management and discovery, and cybersecurity,” Ms Greaves said.

”We used to have to pay to speak at conferences and by this time we wanted to be invited, and that’s what is happening.”

Awesome news – well done Team Castlepoint! I look forward to hearing the next part of the story 😁 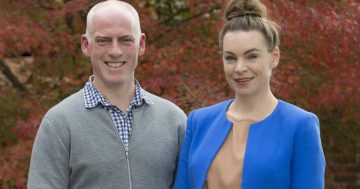