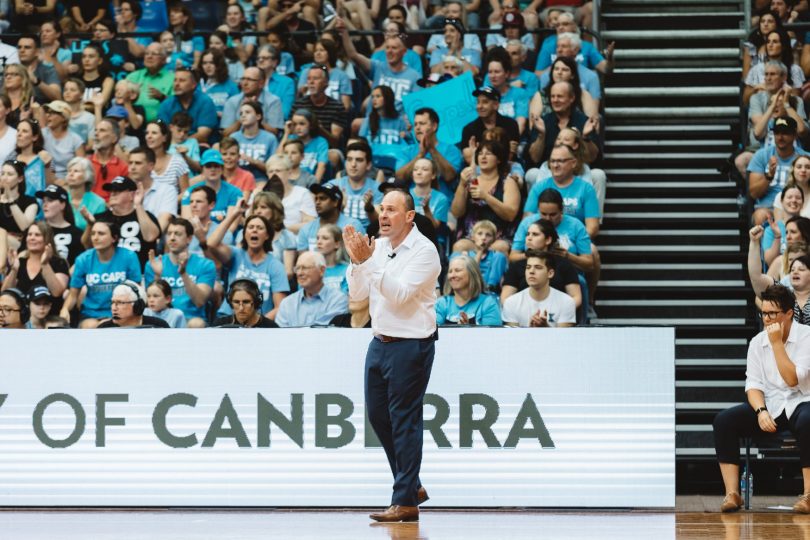 Head coach Paul Goriss will be back next season. Photos: Supplied by UC Capitals.

University of Canberra Capitals head coach Paul Goriss is set to lead the side on their hunt for back-to-back WNBL championships after he signed a two-year contract extension with the club.

Goriss’ three-year contract came to an end after he led the Capitals to glory with a 2-1 championship series win over the Adelaide Lightning a fortnight ago. The club has now offered the head coach to stay on till the end of 2020-21 season and has backed him to lead the most successful team in WNBL history on its quest for a legacy.

In his rookie year, the side missed out on finals by one game before going on a 13-game losing streak the following season. In the most dramatic of turnarounds, a year later the side was crowned WNBL champions with a 20-point victory over the Lightning in the championship decider.

The 48-year-old coach said he wanted to stay with the Capitals to create a legacy just like the Caps of old.

“I was hoping after winning that I would get a contract extension and they would renew my contract but you never know,” Goriss told Region Media. “I am just really happy that I can coach the Capitals and build on what we have done over the past three years.

“Leaving a legacy has always been my number one thing. We want to build a program that is going to be sustainable for years to come and we want to be a consistent top four WNBL team.

“The job is not over by winning one championship.”

Goriss will quickly get to work by recruiting his off-contract stars, with contracts to be sent out this week to the seven free agents, which include co-captain Marianna Tolo.

The league’s most valuable player Kelsey Griffin, along with Keely Frolling and Kirsty Wallace are locked in for next season but Lauren Scherf, Leilani Mitchell, Maddison Rocci, Marianna Tolo, Kelly Wilson, Hannah Young and Kia Nurse all remain free agents.

Goriss said it was unlikely he will coach the exact same roster next season, as girls look to go elsewhere for a different opportunity with more money.

“You look at all the good teams like San Antonio in the NBA, the Caps of old and the Townsville Fire and what they have achieved and part of it is consistency and continuity of the playing roster,” he shared.

“So the most important thing is to try and keep as many people from this championship winning team on the roster as possible. We also want to recruit players who want to be here and play for the Capitals so that is our priority.

“I know a lot of the girls were asking about what my plans were, so hopefully my signing will encourage girls to come and play for me again.” 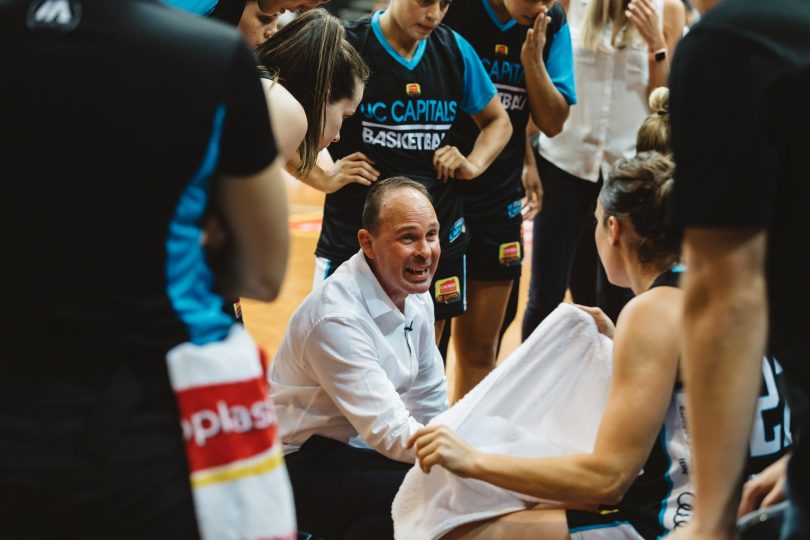 “We have gone from the hunters to the hunted,” Gorris says.

Despite finishing the regular season with 16 wins and 5 losses and only losing one game in the finals in controversial circumstances, Goriss is adamant the side can improve next season.

“We are now the team with a target on our back as the reigning champs and all the teams are going to try and knock us off,” he said. “We have gone from the hunters to the hunted.

“You hear lots of stories that winning the second one is always the hardest, so we want to retain as many players as we can from that championship-winning team but to also build and make ourselves better.”