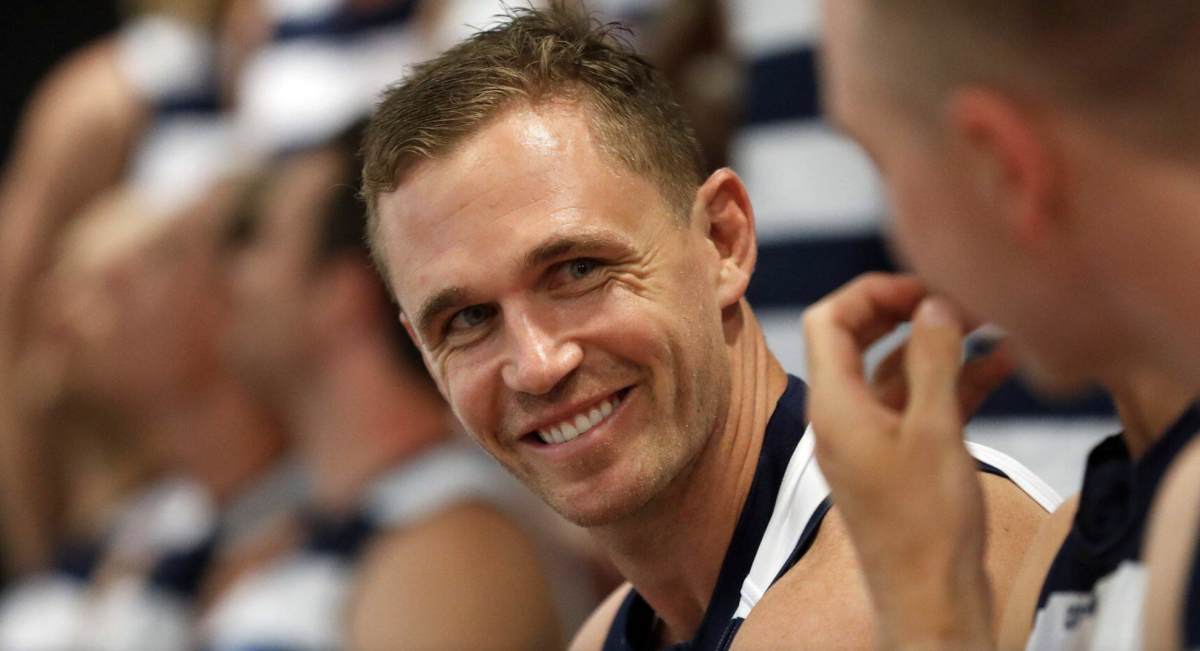 On Saturday, my AFL team won the grand final. The Geelong Cats were simply awesome, blowing away the second-best team in the competition, the Sydney Swans, by more than 80 points.

But don’t fret, I’m not going to devote my column to crowing about how great my team was and how deserving the Cats’ victory was.

What I do want to talk about is sporting role models.

On Saturday afternoon, the internet went into meltdown over the kindness and generosity of Geelong captain Joel Selwood.

Sporting role models can sometimes be hard to find.

In Canberra, we were blessed to have Raiders captain Alan Tongue, who played rugby league harder than anyone, but off the field, devoted hundreds of hours to important community initiatives. He still does. I’ve known Alan personally for many years and his blood is definitely worth bottling.

At the other end of the spectrum is Canberra tennis great, Nick Kyrgios. While there is no doubt about his talent as a player, his behaviour on the court is often outrageous and a blight on the game. Certainly not the sort of antics you would want your child to copy.

Social media often highlights boorish behaviour by athletes and impressionable young minds lap it up. So when someone comes along who we should put on a pedestal for their approach to sport on and off the field, we should embrace them.

Joel Selwood is now a four-time premiership player, and on Saturday played in his 40th final, a record. He has captained the Geelong football club since 2012. But while his contribution to the game on the field has been immense, what he has been doing off the field is just as important.

Cats fans already knew Selwood’s leadership on and off the field since making his AFL debut in 2007. In the close-knit Geelong region, he has devoted hundreds of hours to community projects, instilling an attitude at the club that has filtered through all levels.

His commitment was officially recognised this year with the 2022 Jim Stynes Community Leadership Award.

On Saturday, Selwood could have been forgiven if he chose to focus on the grand final. But instead, the 34-year-old took the opportunity to use the incredible platform he found himself on to raise the importance of inclusivity.

As he led his team onto the ground for the most important match of the season, Selwood made a bee-line to former teammate Gary Ablett Jnr, scooped up his three-year-old son, and ran through the Cats’ banner.

Levi Ablett was diagnosed with a rare degenerative illness at birth that Ablett Jr and partner Jordan have previously described as having a “very short life expectancy”. The look of devotion on Selwood’s face, and the excitement of Levi Ablett, tested the toughness of even the most grizzled AFL fan.

After the match, when young Auskick players presented the medals to the winning team, Joel Selwood gave a pair of his boots to the disbelieving youngster who placed the medallion around his neck and then posed with him for the cameras.

Then finally, as Selwood and his teammates walk around the boundary, shaking hands with fans and posing for selfies, the Geelong captain spots 29-year-old Sam Moorfoot in the crowd.

Moorfoot has been the Cats’ waterboy for the past seven years. He also has Downs Syndrome. Selwood rushed to the boundary to embrace Moorfoot, then helped him climb the fence to join him on the field for the victory lap.

I showed my two youngest children all three of Selwood’s gestures on social media. I felt so proud as a Geelong fan that I may have even wept. Several times. And I told my kids, this is who you should emulate, not just on the sporting field, but in life.

The game on Saturday was great. But Joel Selwood gave us something extra that we should all learn a lesson from as a community.