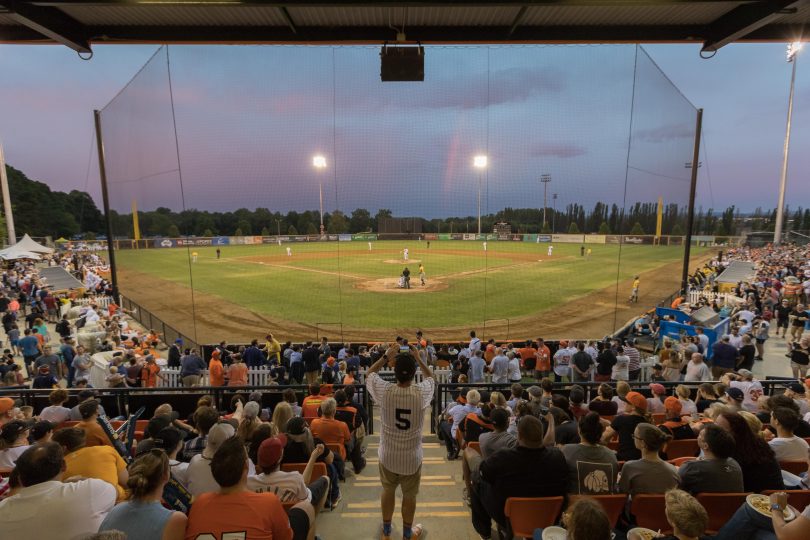 988 individuals and organisations pledged $20 or more and raised enough money to secure the Cavalry’s home in Canberra. Photo: Supplied by Canberra Cavalry

In 2009, the ACT baseball community created the Let’s Do It, Canberra! campaign as the core of their successful bid to bring a professional baseball club to Canberra in the re-formed ABL.

As part of the campaign, 988 individuals and organisations pledged $20 or more and raised enough money to secure the Cavalry’s home in Canberra.

As the upcoming season starts a new chapter for the Cavalry, Cavalry Director Dan Amodio said now is the perfect time to celebrate those who pledged to the campaign and got the team off the ground.

“This season begins a new chapter for the Cavalry, but the Let’s Do It Canberra! campaign is our origin story,” Amodio said. “The pledges from that campaign showed everyone that Canberra is a baseball town and it set the Cavalry’s destiny to be a community-focused club.”

When the Cavalry faces three-time defending champions Brisbane Bandits on 6 December at the redeveloped Narrabundah Ballpark for the first home game of the 2018-19 season, all 988 individuals and organisations who pledged to the Let’s Do It, Canberra! campaign are invited to return to MIT Ballpark for a Campaign Pledge Reunion.

“We wanted to do something special for our grand re-opening weekend and we kept thinking about the people who got us to where we are today. We’ve never had a Campaign Pledge Reunion before so we decided it was the perfect time to get the band back together,” Amodio said.

All 988 donors will receive two complimentary tickets to the game, an exclusive commemorative game day program, and will take to the field before the game for a campaign reunion photo.

The Let’s Do It Canberra! campaign was led by the Commissioner of the ACT Baseball Association (now Baseball Canberra), Theo Vassalakis, who is a passionate Canberran former baseball player who also raised three baseball-playing sons in the Baseball Canberra system.

Mr Vassalakis said it was exciting to see how the Cavalry has grown since they first ran onto the field almost a decade ago.

“The ABL decided to challenge the Canberra baseball community and they wanted to see if there was an appetite to support a team in Canberra,” Mr Vassalakis said. “The pleasing thing about the Let’s Do It Canberra! campaign was that the wider community, including local businesses and local Government, all enthusiastically supported our bid.

“The passion and drive of the Canberra community prevailed in the end and we achieved our goal. It is a great reward for the local baseball community that bet on this club with the campaign.”