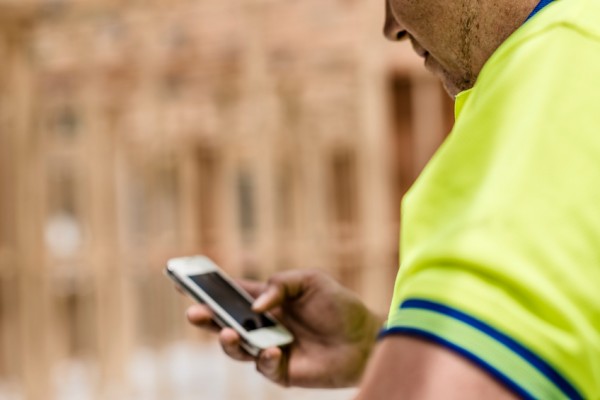 The Canberra Business Chamber is calling on the ACT Government to do more to open up its contracts to local businesses who feel they are being shut out of the tendering process.

“We actually held meetings this week with businesses who recently lost ACT Government contracts to national firms and with the Local Industry Advocate, Kate Lundy to discuss this issue,” Ms Hendry said.

“The Chamber wants to ensure our competitive, skilled ACT companies are given a fair chance to secure government work. We are calling on the ACT Government and the Local Industry Advocate to do more to ensure ACT businesses have a real chance when tendering for contracts.”

One business said that the Government was too risk averse and looked for national companies to tender rather than competent local builders.’

Another said: “Recently I was locked out of a re-tendering process and an interstate company was given the contract.”

Businesses told the survey, the third conducted with Chamber, that while they were upbeat about potential growth the ACT’s high workers compensation premiums were also holding them back

Ms Hendry said one survey respondent believed it was putting their viability at risk.

Another told the survey: “Workers’ compensation insurance should be underwritten and regulated by the ACT government as it is in NSW. ACT companies have a huge disadvantage when competing against companies that come in from other states who have workers’ compensation premiums nearly half that of companies from the ACT.”

“These high rates put ACT businesses at a distinct disadvantage when competing with others, especially firms just over the border,” Ms Hendry said.

Mr Barr said the Government was committed to growing and diversifying the local economy but not at the expense of injured workers.

“Other jurisdictions like NSW have cut insurance costs by reducing protections for injured workers. The ACT Government does not believe that this is in the best interest of Canberrans,” he said.

“Instead, we have focused on containing costs by helping workers to recover and return to work sooner. This is a position we are proud of and will continue to work on with the local industry.”

The Chamber has partnered with Deloitte to undertake six-monthly surveys of local businesses to gauge business sentiment.

Mr Hendry said participating businesses represented all sectors, sizes and came from across the ACT.

“What businesses told us is they are optimistic that in the next 12 months their revenue and staff numbers will increase,” Ms Hendry said.

Over two-thirds of respondents believed their revenue, employment, or both would grow in the coming year, she said.

The survey found that diversifying goods or services, incorporating online sales, efficiency gains, and expansion into new markets were all expected to play a role in future success.

“Around 60 per cent of respondents already sell goods or services outside the ACT, which shows how well our business sector already performs on the national and international stage,” Ms Hendry said.

“It was gratifying to learn that local businesses are continuing to seek out new opportunities. Nearly 50 per cent of businesses plan to diversify further into Australia and 30 per cent seek to export.”

But the chamber remained concerned about skills shortages in the ACT, with businesses saying that competing with high public service salaries affected their capacity to attract skilled employees from within the local market.

“Respondents indicated that when they face difficulties getting skilled staff, part of the problem is that the skillset is not available in the ACT or people don’t have enough experience,” Ms Hendry said.

“We have been pushing for better business and tertiary education integration to provide more opportunities for work integrated learning for people studying in the ACT and to match education courses with local business needs.

“Our goal is to encourage more people to study in the ACT, to stay here and work when they graduate, and identify and address potential skills gaps before they arise.” 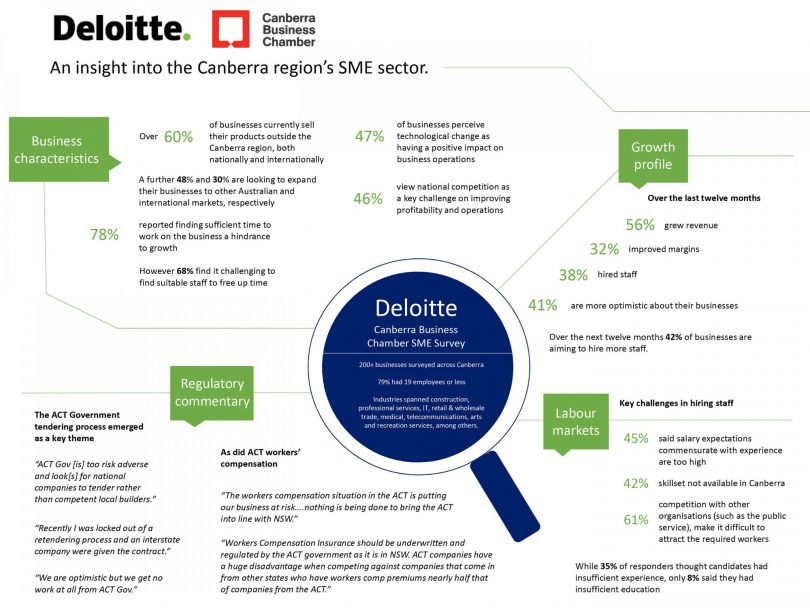 Peter Major - 38 seconds ago
Hugo Young Ride in single file and comply with ALL road rules, do not impede the flow of traffic and there are minimal proble... View
Kirby Haines - 12 minutes ago
lol sure, costs 10x in admin what it would recover in revenue. Where do you draw the line? Are you going to insist some gorml... View
Hugo Young - 1 hour ago
Adam Jovanovic I'll be sure to suggest to my cycling club that we start running groups rides on paths. A group of 15 people t... View
Opinion 53

Linda Stapleton - 4 hours ago
Changing the date will just be like reconcilliation day.. it becomes a nothing action. remember when they said we had to have... View
Spiral - 4 hours ago
The 26th of January is the date that is fundamental to this country. If the First Fleet (or some other colonizing enterprise)... View
News 3

@The_RiotACT @The_RiotACT
Sweet Piper had a litter of puppies when she was only a baby herself, and is now at @rspcaact waiting to find her forever home https://t.co/VHBQOCXP4f (2 hours ago)