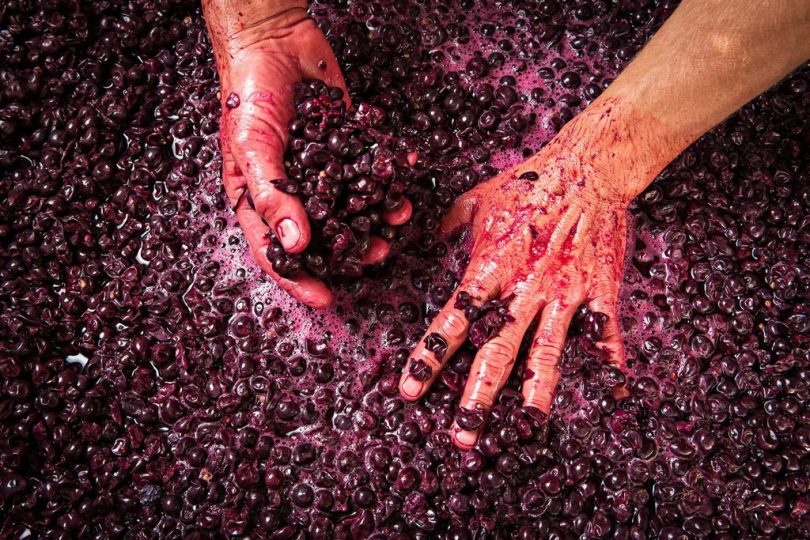 Yes, it’s a cruel thing I’m doing here, telling you about a fabulous wine event that has sold out. However, there are a couple of great stories around the upcoming Nattie by Nature, the main one being the marvellous concept of ‘natural’ winemaking. There is also the enthusiasm and chutzpah of three hospitality friends, plotting and scheming good times on the Sapphire Coast.

Nattie by Nature is an ultimate wine tasting party – a trade event, a celebration of natural wine, beer, local food and music.

Next Saturday (August 3), Pambula’s historic Grange will host this celebration of natural, small-batch, low sulphite, bio-dynamic wines and their anarchistic makers – from around the country, and the world.

‘Natural’ wine is wine made with minimal chemical and technological intervention, both in growing the grapes and turning them into wine. New generations of winemakers are looking towards making wine ‘naturally’, offering up flavours and textures not always found in conventionally made wines.

Of course, natural wines existed for thousands of years prior to industrialisation. In this bygone era, wine was not made using commercial yeasts, vitamins, enzymes, reverse osmosis, cryoextraction, tannins or sulphur dioxide.

They were made from crushed grapes that fermented into wine – it was as simple as that, and no definition of ‘natural’ was needed.

A shuttle will bring you and your senses to the Historic Grange. Photo: Supplied.

Wines made without the regular additives or interventions can offer a purity of fruit and impart the taste of the grape’s natural terroir (territory). There may not necessarily be big fruity flavours in the glass or that distinct scent of oak, but are more cloudy, like fresh apple juice.

The scent and taste are slightly sour with a gingery, gentle finish, often described as rustic, savoury, muddy, meaty, dusty, and even funky.

The winemakers at Nattie by Nature will impart their knowledge of natural wines, Ryde Pennefather from the organising committee says.

“There will be a lot of first releases on show, which is pretty cool. It’s a wine tasting without all the traditional stuffiness.”

Many local chefs and front of house staff are being brought along by restaurant owners, so expect to see some of the emerging modern Australian style of wines appearing on local lists soon.

Natural and small-batch wines will be gathered from as far afield as Margaret and Franklin Rivers in WA, the glorious slopes of the Adelaide Hills, Barossa Valley and McLaren Vale in SA. There’ll be Victorian wines including those from Heathcote, Yarra Valley, Otway Ranges, and the Mornington Peninsula, the Tamar Valley in Tassie, Clunes in Northern NSW. Plus some glorious grape juice from closer to home, Whitlands, the Southern Highlands and Yass.

Erinn and Janet Klein are making biodynamic wines at their Ngeringa Winery in the Adelaide Hills. They work with the cycles and rhythms of nature “allowing the season to be expressed in each wine”.

Chemicals are never used at Ngeringa, and through small-batch winemaking, they try not to overpower what the grapes themselves are trying to express. 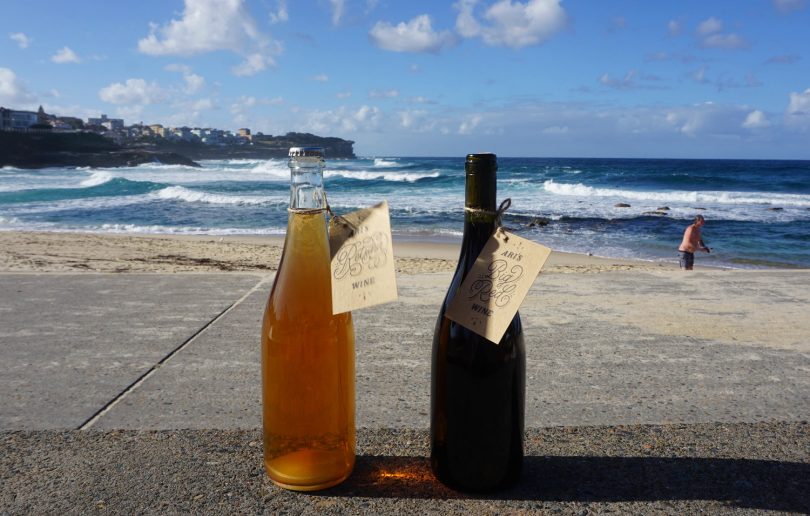 Made with minimal intervention: nothing added, nothing taken away – winemaker Tony Zafirakos. Photo: The Captains of Trade.

Ari’s Wines will be there too – “nothing added, nothing taken away,” Ari says. We will taste wines as Ari Zafirakos’s forefathers made them in Greece.

In the 1980s Ari began making wines reminiscent of those he grew up drinking and making in the Motherland.

The focus is on sourcing fruit from sustainable and like-minded growers predominantly from the Southern Highlands, Goulburn and Murrumbateman.

From a boutique family winery in Yass, an hour north-west of Canberra, Mallaluka winemaker Sam Leyshon’s dynamic wines have already caused a stir. Described as wild, and made with minimal intervention, Mallaluka wines are shining a light on the Canberra district.

Renowned, boutique wine distributors P & V and The Whole Bunch will bring some of their favourite wines with them which will include golden, ruby and sparkling nectar from California, Europe as well as our own shores.

But Nattie by Nature is not just about the wine, lovers.

There is a tinnie tasting, a Bloody Mary stand, and Bega’s fabulous pair of alchemists from North of Eden Gin will host a live distillation, so we can see the whole process and taste the shades of juniper and spice from hour to hour. 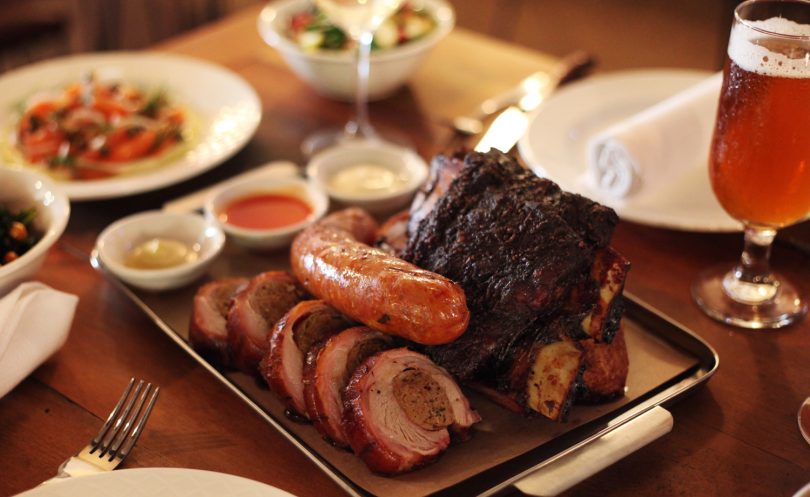 Oysters are brought to us from Pambula’s pristine waters by Broadwater Oysters, smoked delights from Eden Smokehouse and the good stuff from Wild Rye’s Bakery.

There will be live music from Immy and the Hook Up and the afternoon will round out with an analogue vibe, with a vinyl DJ spinning discs into the sunset.

Ryde Pennefather and his friends Di McDonald and Alen Nokolovski are Nattie by Nature. They have plans to bring a number of events to us over the coming months, events that use music and a relaxed party atmosphere to help educate our palates. I for one am happy to learn.

The inaugural and now sold-out Nattie by Nature will take place on Saturday, August 3 at the Historic Grange, in South Pambula. There will be more events from these guys throughout the year, so don’t be too sad you miss out this time if you don’t already have a ticket.

article says made the way his grandfather made it in Greece

jorie1 - 1 hour ago
Of course the ACT government wants more and more apartments as they are only interested in how much money they can gouge from... View
Ol L - 5 hours ago
NOVEMBER 11 2019 - 12:01AM Canberra is home to the biggest houses but the smallest units, new report shows... View
chewy14 - 7 hours ago
Capital Retro, The median price for apartments and townhouses is significantly less than for detached dwellings. So if the pr... View
News 44

Jordan Amber - 3 hours ago
Anthony Gordo the club has to diversify away from gambling based revenue business models and as part of the ACT Government re... View
Peter Morales - 6 hours ago
David Malcolm WTF should they View
Peter Morales - 6 hours ago
The kid's ain't got a chance to voice themselves against a drug and gambling organisation especially when their backed by loc... View
Lifestyle 8

May Mac - 5 hours ago
The only reason we switched to landfill nappies was the struggle to keep line dried reusables from stinking of woodsmoke in w... View
Phillipa Leggo - 7 hours ago
Well done Olga Imbriano - lovely article👏👏👏 View
Vickie Quinn - 9 hours ago
Sarah Quinn looks good I'll have to check it out! View
News 2

Paul Mathews - 12 hours ago
my neighbour cuddles up with his BARKING DOG, eh Chris View
News 28

Alex SmilyLex - 19 hours ago
And men cannot legally take their children to a men's refuge unless they are no longer children even if the mother has taken... View
show more show less
*Results are based on activity within last 7 days

@The_RiotACT @The_RiotACT
International students will not be returning to Canberra's major universities until mid-2022, but ANU and @UniCanberra are urging the government to allow them back on campus sooner https://t.co/XSLnGSiakN (3 hours ago)