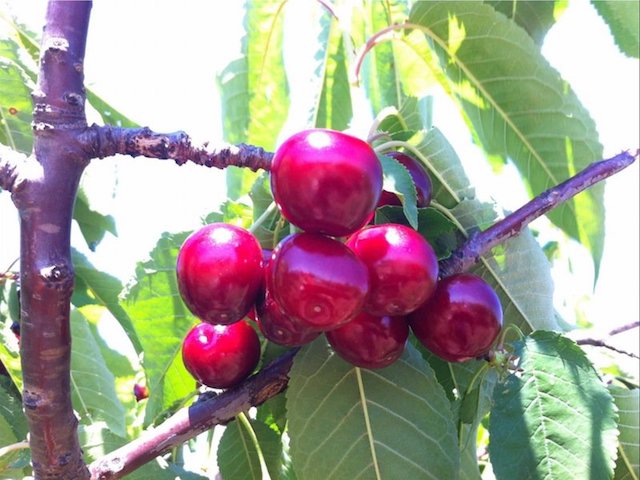 A sigh of relief is sweeping across the top end of the Capital Region around Young, where hot weather has arrived, firing up the annual cherry harvest.

A cold, rainy spring delayed the harvest. Co-owner of Ballinaclash Orchard and Cellar Door, Cath Mullany and two of her six children, are helping customers taste wine and pick cherries. 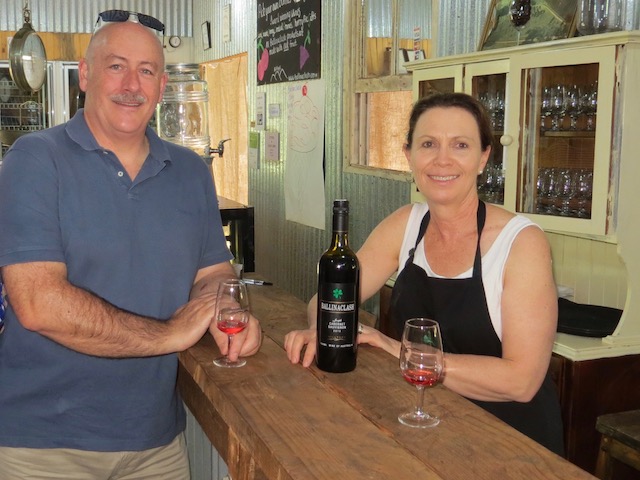 “It is a medium to light crop, probably more on the lighter side because we had a wet spring and the bees could not pollinate,” Mrs Mullany said.

“It is also questionable whether we had enough setting hours for the fruit. You need chilling hours to set the fruit in the winter.

“Having said that, we missed the hail, and the rain has been good for us. We are happy with our medium, light crop because we have good size and the quality is beautiful. We started picking yesterday for the shop, and the early fruit is ok, it is actually very good.”

For decades the Australian cherry industry has tried to crack export markets in China. Second generation growers Peter and Cathy Mullany have taken a different route to world markets – they have opened the gate at Ballinaclash, on the Olympic Highway between Wombat and Young, allowing tourists to fill their bellies and car boots with cherries, instead of flying fruit out in the belly of an aircraft.

People from Sydney and Canberra and from overseas arrive and are invited to pick early varieties supremes, early sweets and empress off the trees. 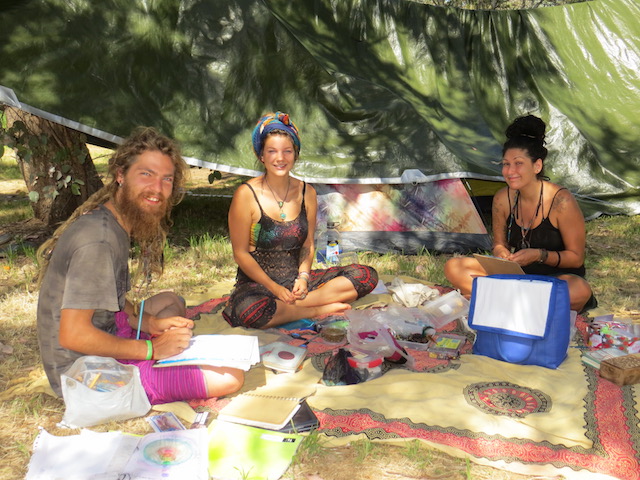 “We should have fruit right up to Christmas because it is a late season, unless we get picked out in the meantime,’’ Mrs Mullany said. “Our other fruit comes into an overlap, so we do pick- your-own apricots as well and sell our peaches and nectarines and plums through the shop, and they all start to come in, in early December. So we end up with an abundance of fruit in the shop, which is beautiful.”

“It is very exciting because we are a bit of an unknown, you are up against the big guys, so that was good. Hilltops Region is producing fantastic reds, the whites are Ok but the reds are outstanding, I think.”

Further along the highway backpackers tents fill a roadside rest area, where Love Wolf from Colorado has arrived from near Byron Bay where he had picked blueberries. At Young he has teamed up with Melinda Blum from Germany and Serena Serra, from Italy, who are making jewellery while waiting for the harvest to begin.

Ms Blum is happy if she makes $100 a day. “Last year I was at a really small farm, so I have a friend and he has recommended another farm on the north of Young.” she said. “It is a little bigger, it has good money, nice camping area, accommodation is free, a toilet, shower, kitchen, everything.”

Young’s annual cherry festival on December 2, 3 and 4 will bring day trippers from Sydney and Canberra for a cracking event according to festival president Leonor Schiller.

“A lot of people like hands on experience, picking. Still most of the crop is picked by itinerant workers,” Ms Schiller said.

Alec McCormick - 45 minutes ago
Read the first line in the article and that’s all Timmy Shea View
Paul Wyatt - 2 hours ago
Jackie Fuller funding to an extent but not to the detriment of the public schools, why should a family with lesser means be s... View
Juliet Jackman - 2 hours ago
All teachers in each system are accredited to the same standards View
News 16

Susan Jones - 6 hours ago
Trish Johnstone too right 💙 View
Trish Johnstone - 7 hours ago
Elisabeth Susan Mary Jacinta great photos of Paul! What a legend doing a great job ❤️ View
Invis.Abilities - 8 hours ago
And will they also have to be tested during the quarantine period? View
Lifestyle 6

Guy Randell - 13 hours ago
Peter Chamberlain hey Pete, I thought the stands were able to be retractable at AIS. Pity would be a Cracking venue.... View
Peter Chamberlain - 19 hours ago
Guy Randell we investigated this as part of the CBR Brave but unfortunately the space isn’t big enough to fit the Olympic s... View
Community 6

July Williams - 15 hours ago
Why wouldn't the politicians need to isolate? They can be carriers, just like anyone else this is a one size fits all rule.... View
Colin Mitchell - 18 hours ago
If every Health Department was on the same page and the rules are the same for everyone you wouldn't have this miscommunicati... View
Sean Bishop - 19 hours ago
All persons shouldve stayed in Vic to begin with. Had plenty of notice to leave beforehand. Now that someone pulled a favour... View
Business 16

Chris Cross - 16 hours ago
Exactly right and they need to be. Adapt or die. Small business is constantly being challenged in that way... and its an inhe... View
News 31

Julie Macklin - 19 hours ago
Veronika Sain I purposely only said houses, not flats. All houses have room for a compost bin, even with a tiny garden. Unles... View
Veronika Sain - 19 hours ago
New houses and flats don’t have gardens perhaps. View
show more show less
*Results are based on activity within last 7 days

@The_RiotACT @The_RiotACT
Chief Minister Andrew Barr has urged the Commonwealth to speed up the approvals process for major infrastructure projects such as light rail stage 2 https://t.co/5ocHRrEQGV (38 minutes ago)

@The_RiotACT @The_RiotACT
ANU has offered early enrolment to more than 4700 students for 2021 – a 70 per cent increase from the same time last year – as it moves to take Year 11 results into consideration due to COVID-19 https://t.co/803LafRpzg (2 hours ago)

@The_RiotACT @The_RiotACT
The Goulburn Waste Management Centre upgrade has received the go-ahead amid hopes it will reduce waste going into landfill & bring down costs for some users https://t.co/W5TWnTKVqN (4 hours ago)