Collaboratively and competitively delivered across the nation
26 August 2022 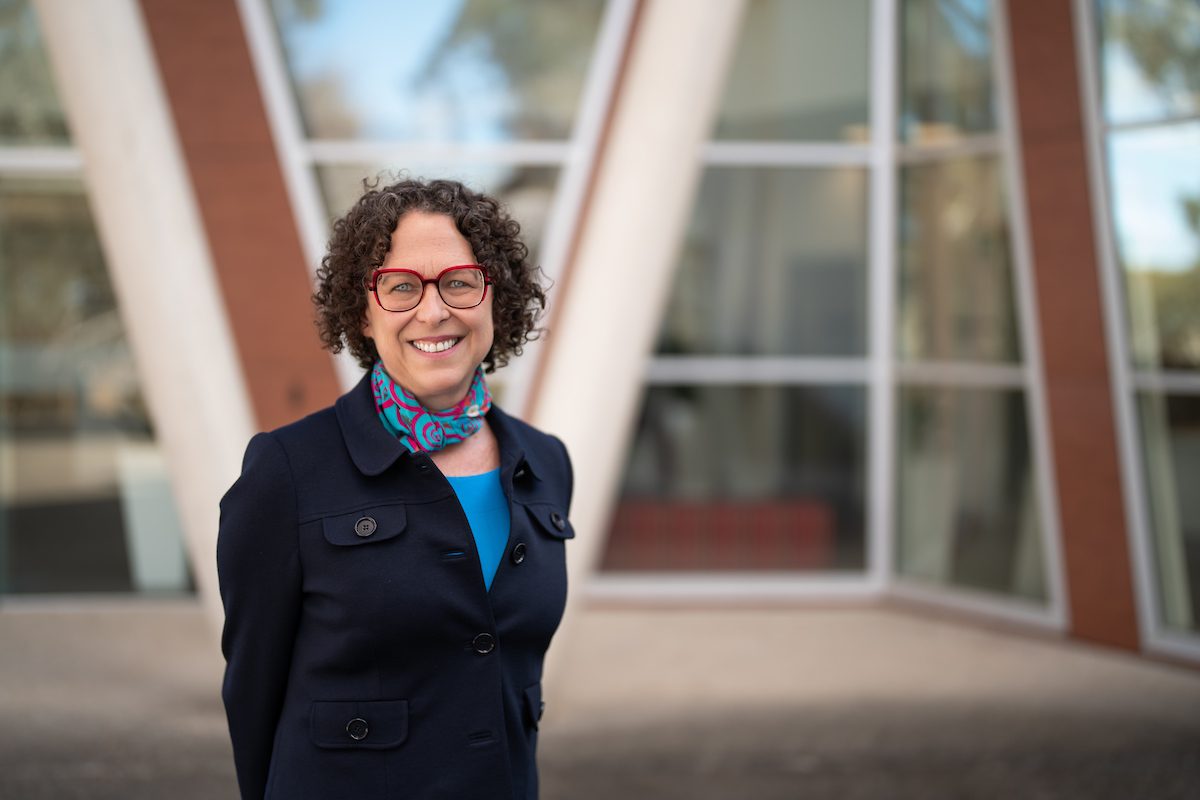 Is the trajectory of the Chinese economy heading south, or is it doing just nicely, thank you very much?

That was the question at the ANU’s annual China in the World lecture, delivered by renowned economist Jane Golley from the Ardnt-Corden Department of Economics at the Crawford School of Public Policy at The Australian National University.

Before an audience of public servants, diplomats, academics and students, Professor Golley presented both sides of the argument before cautioning about writing off the superpower’s economy anytime soon.

“The Chinese economy has long been a source of contention, with predictions of its ‘imminent collapse’ pitted against portrayals of its strength and resilience,” Professor Golley said in her speech entitled ‘The Chinese Economy: Fact, Fiction, Faith and Flexibility’.

“Is China’s competitive edge dying as it ‘runs out of people’ or is slower population growth not quite that catastrophic? Will President Xi Jinping achieve his goal of Common Prosperity for all Chinese citizens, or will rampant inequality constrain economic growth and make that impossible? Can Xi’s ‘iron fist’ deliver green growth, or does it condemn China to dirty skies? Is ‘debt-trap diplomacy’ really a thing, or is it a myth?”

Professor Golley said narratives relating to China’s demographic collapse had long challenged her understanding, based on more than a decade of research on the topic.

“This research started with learning that Deng Xiaoping had deliberately aimed to reduce China’s population growth to zero by the year 2000 to assist with the goal of quadrupling per capita income by that time. The one-child policy didn’t quite deliver the former, but per capita income quadrupled by 1996,” she said.

“While fertility decline wasn’t the only driving factor, I have no doubt that it was a significant one. According to Cai Fang, former Director of the Population Institute at the Chinese Academy of Social Sciences, up to one-third of the increase in China’s per capita income during its ‘growth miracle’ years from 1985 to 2013 could be explained by declining fertility. This ‘demographic dividend’ was celebrated by Chinese officials and scholars for decades, with good reason.

“Fast forward to the introduction of the two-child policy in 2016, and now a three-child policy. There are very sound non-economic reasons for supporting this policy shift, and I absolutely do. But in purely economic terms, if reducing fertility could be so important for raising per capita income, how could increasing fertility also be a good thing? Yes, China is ageing more rapidly than other countries of comparable levels of development. But its citizens are also much better off for exactly the same reason: fertility decline.”

She said that raising the retirement age and labour force participation rates, especially among women, are two straightforward ways to boost the proportion of workers in the economy, thereby reducing the aged dependency problem.

Investments in education and human capital would also boost the productivity of the current and future workforce.

“Whether the Chinese Government will make these investments is a separate question. This relates to one of Xi Jinping’s latest buzzwords – Common Prosperity,” Professor Golley said.

“This vision, according to Xi, means that ‘all people will prosper together, both materially and spiritually, not just a small minority’.

“Aligning with Deng Xiaoping’s decades-long call for ‘there to be no polarisation of rich and poor, [because] that’s what socialism means’, could Common Prosperity finally offer a solution?”

In recent years, the Chinese Government has made it clear that GDP growth is no longer its sole yardstick of success for development, Professor Golley noted, shifting its focus towards high-quality growth that is more inclusive and environmentally sustainable.

“I feel much surer about a notion that I consider to be pure fiction – Debt-Trap Diplomacy. This term has become ubiquitous in Western media for describing what the Chinese Government is doing through its Belt and Road and other global investments,” she said.

“Yet from the outset, it made no sense to me: why would any national government fund investments in another country in the hope that those investments would go belly up, as a way of gaining leverage over the recipient country in order to exert malign influence on them?”

“The facts in this particularly complex zone – where geopolitics, economics and grand strategies intertwine– are very hard to ascertain. But we should at least rule out the fictions along the way.

“Growth rates matter for many reasons, including their obvious role in determining when China will become the world’s largest economy and what that means for how it will use its growing global power as well.

“But more importantly, it matters whether future growth is high quality – both inclusive and green – for the sake of China’s 1.4 billion citizens, and for the planet too. Delivering on this will be the true test of the Chinese Government’s capabilities in the years ahead.”

“Why would any nation want to engage in Debt-Trap Diplomacy?”

Perhaps this professor should go and complete a CertIV in economics or just google “loan-shark”.

The ANU could not be any further disconnected from the real world if they tried.

Less than 24 hours after the announcement that Chinese students will be returning en masse to Australian universities in 2023 https://www.afr.com/work-and-careers/education/international-students-to-return-en-masse-in-2023-20220825-p5bcpy we get this groveling welcome for them from ANU.

China has an Education Action Plan, as part of the Belt and Road Program. This offers low cost university education in China for people from developing nations, training of teachers, and joint development of campuses in the host country. Before decrying this as a plot for regional dominance, keep in mind that Australia did the same with the Colombo Plan. But Australia now charges premium prices for international education, so can’t really complain someone is doing it cheaper. A better response is to offer our own reasonably priced online courses to the region. At lest that is what I suggested, in Colombo. https://blog.highereducationwhisperer.com/2018/11/blended-learning-for-indo-pacific.html

The ANU has been pro China for years.

No mention of communism? How Canberran.

That would be the pot calling the kettle black.

Surely a debt trap is created when money is loaned for ill-conceived developments that will never provide a return on capital. These money pits make it difficult for some low GDP countries to make loan repayments.

China undertakes its own ill-conceived developments, such as high-speed rail and property developments to stimulate its economy. Loaning money for a short-term gain to other countries, where Chinese companies do all the construction, without full consideration of the implications is what China has been doing.