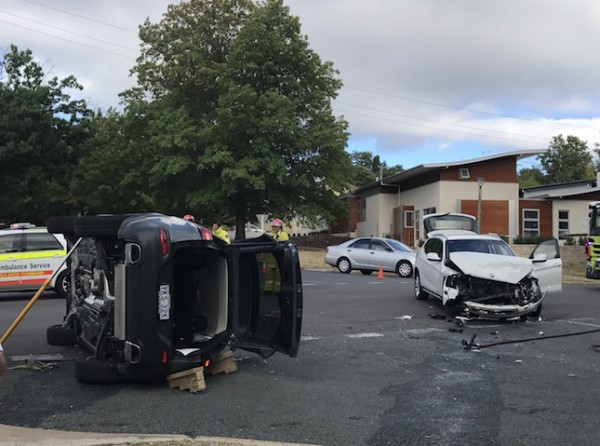 The Citizens Jury has opted for a no-fault scheme with early access. File photo.

The cost of compulsory third party (CTP) insurance is set to fall and a new scheme will be open to all regardless of fault, if the Government as expected adopts the choice of the Citizens Jury.

The Jury opted for Model D from the four on offer and its report will be handed to the Chief Minister, Andrew Barr today (27 March).

The ACT Citizens’ Jury was established to consider the current CTP scheme, which primarily covers injured people who can prove not to be at fault in a motor vehicle accident, and how it could be improved.

The Jury said Model D was chosen because it was the most equitable, efficient and provided the best value for money.

It provided early access to all people regardless of fault through a defined benefits scheme for treatment, domestic care and income replacement for up to five years, along with quality of life benefits and death benefits.

Further benefits would be available to those found to be not at fault, and provided access to further benefits through common law via legal action, with certain limitations.

It also had the cheapest premiums with the cost range between $385 and $465 a year, below the current average premium of $556.

The Jury said that it was surprised that, under the current scheme, some people would not be covered such as an experienced driver that has a momentary lapse in judgment or concentration being deemed at fault, and having access to only $5000 for medical costs.

Then there are the “blameless Accidents” such as a medical incident such as a heart attack at the wheel, and a kangaroo jumping into the path of a vehicle that a driver cannot avoid.

The Jury also called for greater focus on road safety, independent medical assessments and assistance for people to navigate the scheme.

Out of the 39 jurors, 32 voted for Model D, while seven did not. Four jurors provided a minority report.

The dissenting report feared compensation would be spread too thinly, with Model D reducing compensation by $16 million per year (20 per cent) while expanding people covered by two-thirds.

Extremely limiting access to common law reduced the ability to contest rulings that may be unfair, the minority report said.

The four jurors believed that the initial advantage of lower premiums will erode over time because benefits are indexed to average weekly earnings instead of CPI, and premiums will rise faster than inflation and become increasingly unaffordable over time for those on CPI-linked incomes.

To view the Citizens Jury report go to https://www.yoursay.act.gov.au/ctp

The new political game. Setup a committee to return the desired outcome and shift the blame to arms length.
Government is Win Win. They get what they want at no risk.

Predictions for the next citizens jury for raising taxes and levies. Perhaps a rates jury or electricity price jury next?

5 years of income is basically nothing for a child.

There should be a “risk loading” where CTP is required for SUVs. They tip over very easily. The image in this story says it all.

Here is a link that confirms my comment: https://www.theclever.com/25-cars-with-the-highest-chance-of-tipping-over/

Cheaper premiums will come at the cost of some road crash victims being denied the full compensation that they deserve. The Government prohibited the jury from making any proposals that would increase premiums.

Should the recommendation be implemented it will provide a short term sugar hit by reducing premiums for a few years. Medical inflation, the indexation rates for earnings and the increasing crash rates will gobble that decrease up in a few years. The only way to provide a sustainable reduction is to tackle the crash rates their improving skill and getting the numpty drivers off the roads. The comments about using the road safety levy to increase education goes only a little way to addressing the supply of injured road users.

chewy14 - 10 minutes ago
The Federal Government has paid out hundreds of billions of dollars of support payments throughout the pandemic so to claim t... View
Opinion 64

nobody - 42 minutes ago
Yes, it can be a struggle to go from renting to buying, a really large hurdle for many, and still better than renting in the... View
phydeaux - 1 hour ago
Agree, chewy. Perhaps it is not a warm concern for the availability of rental properties that drives some investors but a fea... View
JS9 - 2 hours ago
In what world should a tenant have to provide a reason to leave? If they break during a fixed term contract they have require... View
News 1

chewy14 - 48 minutes ago
Once again the ACT government has been forced kicking and screaming into doing something they should have always been doing i... View
News 1

Brianna - 49 minutes ago
This is going to be a disaster for so many vulnerable people who live in the city and it's closer surrounds. I know for a fac... View
Business 10