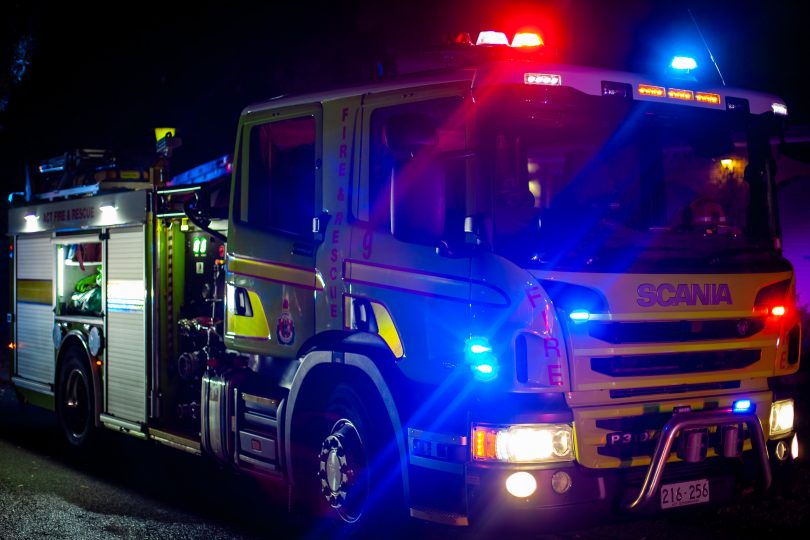 A data centre room in Civic was quarantined this afternoon after an unknown substance was reported.

Firefighters isolated the occupants from the affected area as a precaution, and ACT Ambulance Service paramedics were on standby.

The community was advised to avoid the area while the emergency services were on scene. WorkSafe ACT was notified and also attended the site.

But testing conducted by HAZMAT crews found the substance to be benign, and the scene was handed to Worksafe ACT.

Sam Oak - 1 hour ago
Ken, but the other 50% is usually taxed at the highest tax rate of 45%. Add the fact that normally your deposit to buy the ho... View
chewy14 - 7 hours ago
"And that’s exactly my point. The ordinary Australian family is not expected to have financial nous which makes property su... View
Food & Wine 1

Futureproof - 2 hours ago
Vote early, vote often. Will voter ID solve this?... View
kenbehrens - 3 hours ago
Stephen, as it turns out, School ID cards are a thing, if you work in a school you'll need a Working with Vulnerable People's... View
franky22 - 6 hours ago
I take it that the 55 senators are part of the nutjobs still claiming that the election was stolen from Trump ? View
News 2

Frank Spencer - 2 hours ago
Leaf litter makes the best compost. View
TimboinOz - 3 hours ago
Leaf-litter!!! At home? Buy a 2 or 3 layer worm-farm and start gardening. Even if it's just for salads until Autumn. And, eve... View
News 3

Futureproof - 2 hours ago
The roundabout at Monaro Highway/Isabella Drive is particularly dangerous with the height of the grass. You should be able to... View
Capital Retro - 3 hours ago
That would be tantamount to the cosseted cyclists in Canberra who get free bike tracks and then complain that they can't use... View
bigred - 3 hours ago
Of course, both sides of politics could encourage interested and motivated residents to "adopt a patch" and reduce the total... View
News 1

Helen Roberts - 3 hours ago
I welcome FOGO in Cook. We are more able to separate food scraps. For example I have found that the coffee capsules we used t... View
Scott Harvey - 4 hours ago
Most people don't buy organically grown fruit and veg therefore the scraps aren't organic either. You cannot add non organic... View
Lifestyle 19