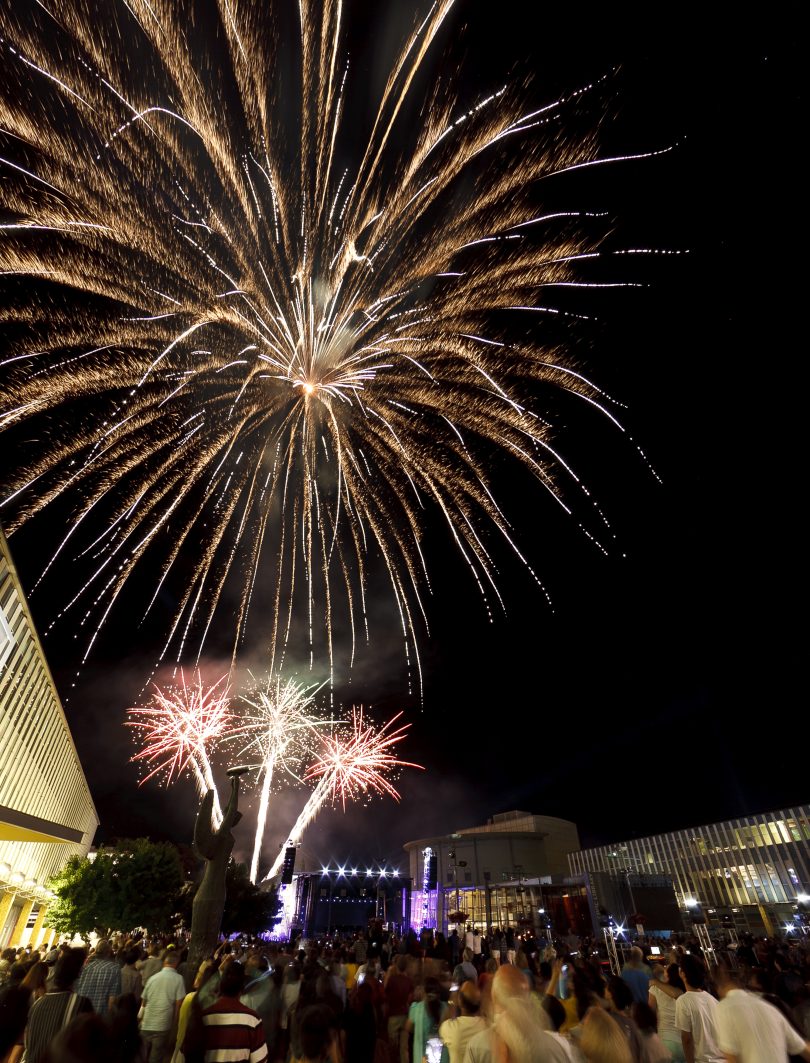 No fireworks this year but still plenty to party for in Civic. Photo: Supplied.

There may not be fireworks to celebrate the New Year but all other events planned for Tuesday night are still expected to go ahead, although Events ACT continues to monitor conditions and will act on advice from emergency and health authorities.

Events ACT Executive Branch Manager Jo Verden said on Monday that if conditions deteriorated and the Emergency Services Agency and ACT Health considered it was unsafe to proceed the event would be cancelled.

She said public safety, and the safety of staff and contractors came first.

At this stage Events ACT was preparing for up to 35,000 people to pour into Civic to enjoy the free entertainment starting at 6.30 pm and continuing into the New Year, although Ms Verden acknowledged crowds could be down this year.

She said heat and smoke blown in from fires burning in NSW were the main concerns and if people found it uncomfortable there was still plenty on offer in air-conditioned restaurants, bars and clubs.

The forecast for Tuesday is not pleasant, with a top of 38 degrees, with possible dust and smoke, and the chance of a gusty thunderstorm although little rain is expected.

Winds should be 30 to 45 km/h northwesterly during the day but become light in the evening then 15 to 25 km/h easterly later in the night, but gusts of 60-80 km/h could come with a storm.

ESA Commissioner Georgeina Whelan said these conditions and the extreme dry were at the heart of the decision to declare a Total Fire Ban until Wednesday morning and not grant an exemption for the fireworks if requested, which it wasn’t.

She feared the consequences from a firework ignition in and near the vantage areas where the grass was 100 per cent cured would be catastrophic, given the thousands of people expected and the traffic chaos that would follow in the midst of a fire.

The ongoing high temperatures, with little relief overnight, high winds and dry lightning spelled danger for the ACT this week.

Thirty-plus degree maximums are forecast through to the weekend, with Saturday tipped to be 42 degrees.

She warned Summernats, with fireworks and burnouts event highlights, would face the same kind of advice given to Events ACT. The annual car festival gets underway on Thursday and runs through to the end of the weekend.

New Year’s Eve revellers have been urged to plan their night, drink plenty of water and keep track of their alcohol intake.

First aid stations and ACT Ambulance officers will be on the ground to assist people feeling the heat.

Ms Verden said it was an unprecedented situation but arrangements had been made.

She said the event cost about $270,000 to stage but the fireworks component was not lost money as they would be put into storage to be used at a later event.

“It’s not wasted money, it’s an investment the government has made in delivering events in the city. It’s important for vibrancy, a sense of community, jobs and businesses,” Ms Verden said.

For tips on beating the heat and the smoke go to ACT Health.

To find out more about Total Fire Bans, including any closures or restrictions visit esa.act.gov.au.