Close contact: How do you trace a virus through Canberra? 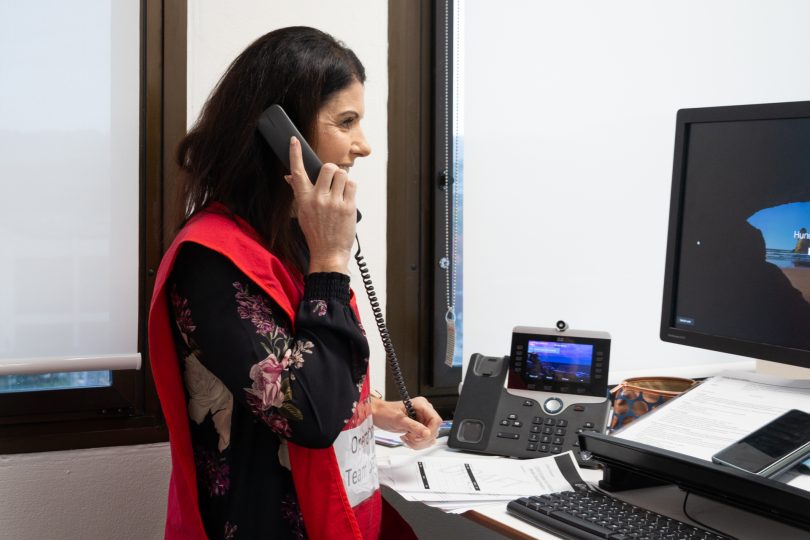 Twice a day, teams of about two dozen contact tracers begin working their way down seemingly endless lists of names and exposure locations, under pressure to locate and identify potential cases of COVID-19 to slow the spread of delta in the community.

The ACT has largely been able to link cases within Canberra’s cluster, with only a handful of COVID-19 cases still under investigation, but the transmissibility of the delta strain and the exponential growth seen in Sydney case numbers has shown how easy it is for the virus to escape the grasp of health authorities.

This is exactly the reason why Steve Ulrich, a fire and rescue community fire unit volunteer, put his hand up and joined the effort straight away when the Territory numbers surged.

“It is the opposite of death by a thousand cuts. If everyone helps out a little bit, it can make a real difference in reducing the chance of people getting sick and hopefully bring us closer to zero community transmission.”

It is an enormous effort for contact tracers who continue to complete case interviews – which can take hours – within 24-hours of a positive case being notified.

Following the initial interview with the person, the contact tracing team then needs to cross-reference the case’s movement with their Check In CBR data, phone records, bank statements and CCTV to assess how an exposure location needs to be classified and whether people at that location are close or casual contacts.

Mr Ulrich said the situation remains dynamic as they continually race to adapt to the unfolding situation and trace new links as fast as they can.

“Everything changes every day,” he said. “It is always different because the situation is constantly evolving and exposure locations are constantly growing, which can make it difficult.

“The list does not stop. You just find more and more pieces of the jigsaw puzzle and make more linkages.”

READ ALSO Business restrictions to change after 19,000 people visit Bunnings in a day

Even before the current outbreak in Canberra, contact tracers within ACT Health were managing returned travellers, diplomats and people quarantining from hotspots outside the Territory on top of assisting the NSW effort when cases began to grow exponentially.

Tim Sloan-Gardner, a contact tracer who helped with the NSW outbreak and has been working on the ACT’s COVID-19 effort since the start of the pandemic, said, in some instances, it even comes down to the contact tracer to inform the person that they have COVID, which can be a bit of a shock.

But cooperation from the public has remained high throughout the outbreak.

“The experiences I have had [tracing] have been really good, I have not had anyone that has refused to talk to me which has been really beneficial, especially when you explain what you are doing and that you are just trying to help people and keep everyone safe,” he said.

Public servants, emergency services workers and volunteers from across the Territory were quickly seconded to the effort as the frontline moved closer to home on 12 August, when the ACT’s first locally acquired case in over a year was recorded.

Two weeks later, there have been more than 200 cases and, during the peak, around 5 per cent of the Territory’s population, some 20,000 people, were in isolation simultaneously.

Since then, dozens of tracers have spent countless hours on the phones tracking the virus’ spread through the community.

And this is only one part of the ACT’s tracing and virus suppression effort.

Behind the contact tracers lie hundreds of health staff that form the ACT’s COVID-19 response, including people like Jennifer Smits, who is currently assisting ACT Health in the Outbreak Resource Centre.

Ms Smits collates the data from the newly listed exposure locations and puts them into the interactive map that appears on the government’s COVID-19 website. 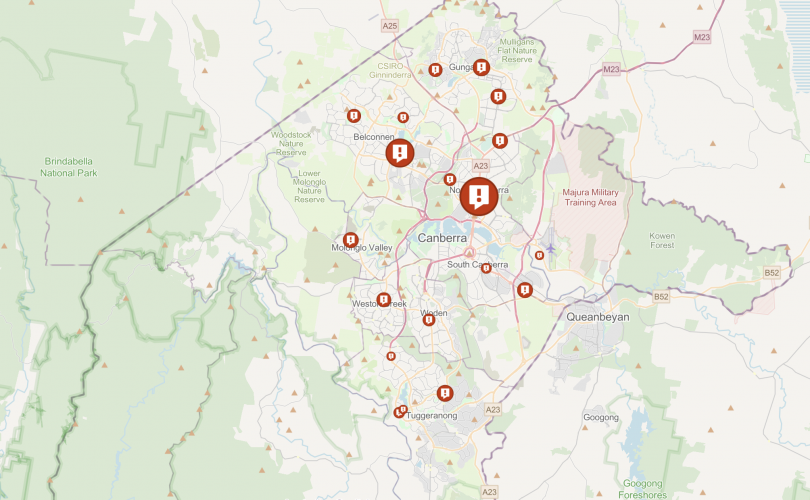 The map visually shows Canberrans the exposure sites across the Territory. Photo: Supplied.

Seconded from the EPSDD where she also works as a mapper, Ms Smits said she wanted to become involved in the COVID-19 effort by mapping the locations to make the information more accessible to Canberrans.

“I thought it would be an excellent opportunity to help the community visualise where exposure locations were,” she said.

“I put my hand up because I have skills in mapping and am very confident in web mapping.

“It has been very rewarding because what you do goes up onto the web and people let you know how useful it has been for them.”

For more information about the ACT’s COVID-19 effort, visit www.covid19.act.gov.au.

I know of a business with a visit by a covid positive person and not one customer was called letting them know they could have been exposed. The owner rang all customers and no one had heard from act health. I have little faith in this process from that experience.

Why is this not tracked in software?? The human error is huge

If you’ve been to a listed site, you don’t even get alerted immediately by the app. How can that not be in the specs?!

Anthony Grice It is? I spoke to a contact tracer yesterday, and they already had all my information.

Daniel totally agree have friends who have been to an exposure site and days later when places or times are updated they haven’t been contacted at all.

Kat Lindbeck I makes zero sense. It’s just another example of citizens thinking the most obvious things are being down and then we find out they aren’t. I am dumbfounded every time I read something like “OK, now we are making it compulsory for age care workers to be vaccinated” (months into a pandemic).

Daniel be I work in healthcare and we need to know ASAP if people have been exposed not 10days later!!

Not with a spreadsheet or an un-audited database.