Cold Chisel coming to Canberra. Could this be their last stand? 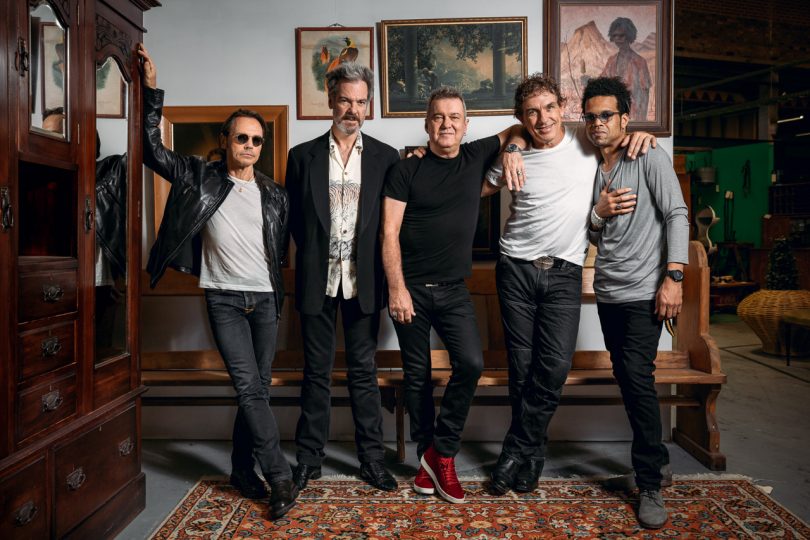 While avoiding comparisons with iconic singer John Farnham, the equally iconic Australian rock band Cold Chisel has reformed and announced a tour, with the band set to play at Stage 88 at Commonwealth Park on 30 January next year.

Since their legendary Last Stand tour way back in 1983, Cold Chisel has reformed for just four national tours, but they almost always played indoors and those gigs didn’t happen over the holidays.

“You’ve got to think about it – we’ve toured four times, really, together since 1983. I couldn’t see us getting around to doing this again,” said the band’s frontman, Jimmy Barnes, during the launch of their coming summer tour, called Blood Moon, at Sydney’s Bondi Pavilion this week.

“We knew that if we were going to get the band back together for another full tour it would have to be something really special.

“We wanted great line-ups and unusual places so that people would remember these gigs for a long, long time,” the 63-year-old Barnes said.

Now, for the first time ever, the legendary Australian band will be playing 14 very special outdoor shows in Australia and New Zealand during summer. Between New Year’s Eve and the second weekend of February, they’ll do gigs on a beach, gigs by a river and gigs in the bush.

Supporting Cold Chisel in Canberra will be another institution of Australian music, Paul Kelly, along with reformed Melbourne rock band Magic Dirt, fronted by Adalita Srsen.

Cold Chisel’s main songwriter and piano player Don Walker said the tour is named after a rare lunar eclipse where the sun, earth and moon all briefly align before returning to their own orbits.

“You might get to see a blood moon once in your life,” Walker said.

The tour also boasts a series of line-ups that are as rare and memorable as a blood moon.

In Sydney, Cold Chisel will be joined by the mighty Hoodoo Gurus, while Paul Kelly will play at four shows including Tamworth where he will be joined by country music icons Kasey Chambers and Troy Cassar-Daley.

Both WA shows will feature a ‘best of the west’ line-up that includes hometown heroes like Birds Of Tokyo, Jebediah and Gyroscope while other guests to appear on at least one show include The Teskey Brothers, Busby Marou and The Detonators.

Beloved Kiwi band The Mutton Birds will reform just for the New Zealand gig, Birds of Tokyo will feature on seven different gigs and Magic Dirt on six.

Cold Chisel, meanwhile, is currently putting the finishing touches to some more new music they recorded earlier this year. The band plans to release at least some of it before the Blood Moon tour.

I am FREE on Thursdays😘

John Hutka come with me to By the C in Wollongong 😄 Australia Day weekend.

John Hutka I know, but I already have my ticket 🙂

Listen now to the wind, babe….