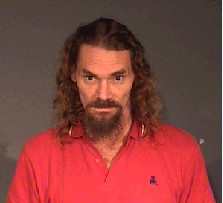 ACT Policing is seeking the public’s assistance to locate missing 46-year-old man Damian Brown, who was only recently reported as missing.

Damian was last seen in the Woden area on 17 October.

He is described as being of caucasian appearance, about 180 cm (5’11”) tall, with short brown hair and of slim build.

Damian has a distinctive tattoo of skulls on his inner left forearm.

“Police and Damian’s family hold concerns for his welfare and are requesting the public’s assistance in locating him,” the police spokesperson said.

“The attached image shows Mr Brown with longer hair. It is believed his hair has been cut short since this image was taken.”

Anyone who may have any information that could assist police in locating Damian is urged to contact ACT Policing Operations on 131 444. Please quote reference number 6461005.