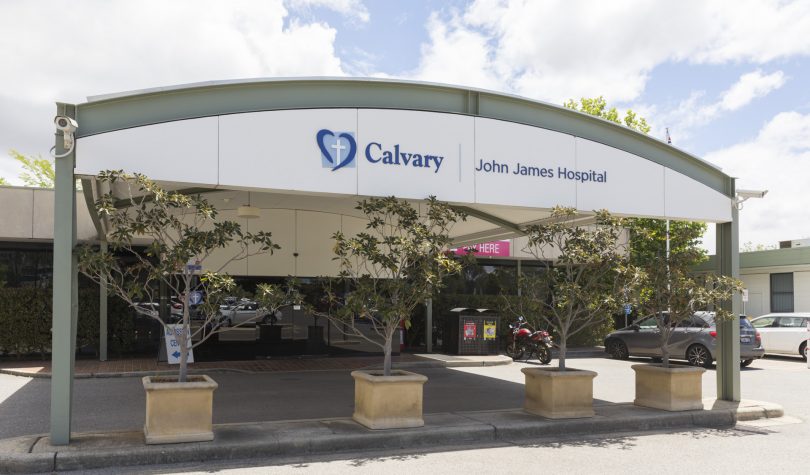 A coroner has criticised Calvary John James Hospital for insufficient medical coverage of wards and a lack of appropriately trained staff in relation to the death of a 75-year-old woman who suffered a cardiac arrest there in 2015.

Coroner Dr Bernadette Boss has urged the private hospital to undertake refresher training of its staff on the importance of keeping accurate records and the need to properly record resuscitation efforts, and to roster at least two resident medical officers on duty during peak surgery times.

She recommended that the hospital undertake an audit of its central cardiac monitoring systems as a matter of priority to ensure there are no discrepancies in cardiac rhythms across different machines.

Hours after Theodora Zaal underwent surgery in August 2015 for an ulcer on her ankle and leg, Dr Boss found that on three occasions Mrs Zaal’s blood pressure fell to levels that should have resulted in a Medical Emergency Team (MET) being called in line with the hospital’s own procedures.

A doctor who had considered making a MET call was subsequently told “it would have been of little effect as he was down as the first responder”. The hospital doubts that had a MET been called, the doctor would have been the only responder.

Doctors had treated Mrs Zaal’s low blood pressure with fluids prior to her cardiac arrest, but after this failed to improve her condition, she was moved to the ICU to be monitored overnight. The inquest found that “her blood pressure reading still met the criteria for a MET call”.

In a submission to the coroner, the hospital defended the decision by staff to not make the MET call in these instances, stating that staff could apply discretion and acted appropriately.

Dr Boss recommended that changes be made to how such instances are recorded in patients’ charts to help reduce confusion over future calls.

“It is, however, my view that where that discretion is exercised to not make a MET call that is otherwise warranted, the exercise of that discretion and the reasons behind it should be formally recorded in the patient progress notes to put beyond doubt that patient warning signs have not been overlooked or disregarded,” she wrote in the report.

“I recommend that Calvary John James Hospital implement training and changes to its procedures accordingly.”

A MET team was eventually called for Mrs Zaal, but not until she went into cardiac arrest in the intensive care unit (ICU).

Mrs Zaal’s family said a delay in the implementation of a defibrillation could have been a result of staff unfamiliarity with the new defibrillator.

Intensive Care Unit consultant Dr Marta Kot told the coroner that in her opinion, the nurse she initially allocated to use the defibrillator was “not able to manage the defibrillator confidently, based on the delays for switching on the equipment, connecting the pads to the cable, and operating the settings at [her] request”.

Calvary Hospital denies that there were any public safety issues arising from how Mrs Zaal’s resuscitation was performed, but informed the coroner that “it has implemented a plan to have all of its ICU staff trained in Advanced Life Support by the end of 2019, and after Mrs Zaal’s death it provided a supplementary training session for ICU staff in using the defibrillator”.

Dr Boss concluded that there was no necessity to hold public hearings into Mrs Zaal’s death, and was satisfied that “the risk to public safety in respect of the defibrillation process employed in the attempted resuscitation of Mrs Zaal is sufficiently ameliorated”.

Brett Wheeler - 4 hours ago
Leon Arundell but I was more relaxed in a train. I was also able to move more freely, which counts, on journeys over a few ho... View
Brian Kilgannon - 7 hours ago
Frances I think you answered the question. No one uses it so why build it when we have more pressing issues at the moment. It... View
Oan Nbn - 8 hours ago
Leon Arundell but I guess Canberra to Yass need to connected from Kingston without passing CBD and making Light Rail stop as... View
Community 21

Capital Retro - 5 hours ago
Now for the wind turbines. View
Dean Okeeffe - 5 hours ago
you'd think with all their planning did territorial birds not factor in. View
Henry Kivimaki - 7 hours ago
Can we train the birds to attack the work cover drones? .. 😏😉... View
News 83