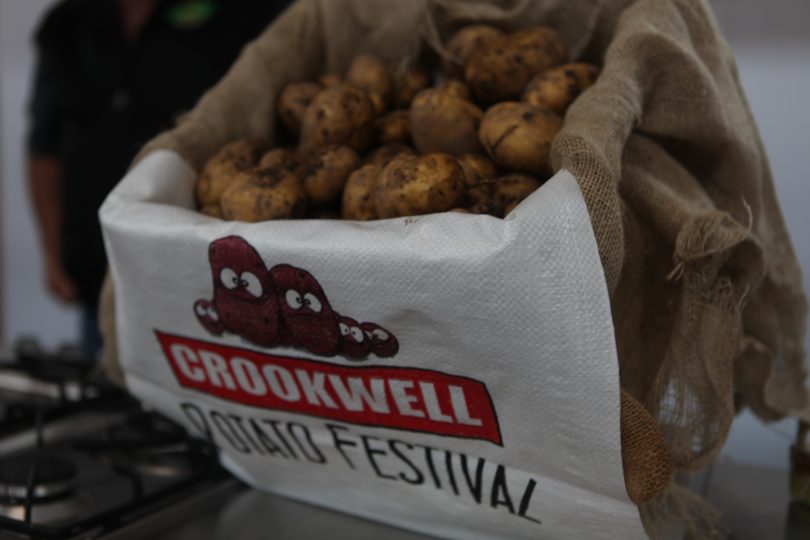 A ‘spud-stastic’ time was had at the annual Crookwell Potato Festival in the Southern Tablelands last Saturday. Photos: Belinda Cranston.

Being called a potato head is not exactly something people generally take kindly to.

Costa was on hand to take part in cooking demonstrations at the annual event in the NSW Southern Tablelands, facilitate a kid’s workshop, open a community garden, and gear up the crowd during a potato auction.

A potato resembling the cheeky gardener was on display in the main pavilion at Crookwell Oval. Dressed by primary school student Owen Moorby, it included a pointy orange hat, wool for Costa’s trademark beard, and coffee beans for his eyes. 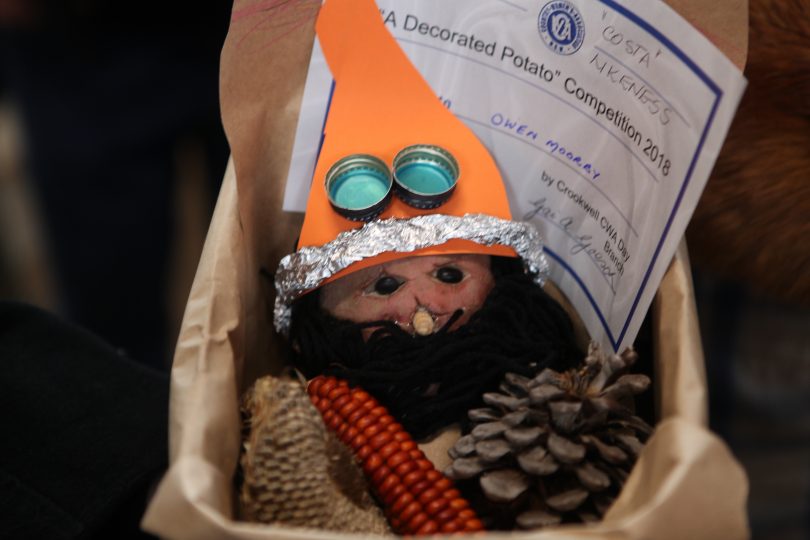 ‘The resemblance is uncanny!’ A spud decorated in the like of Costa Georgiadis. 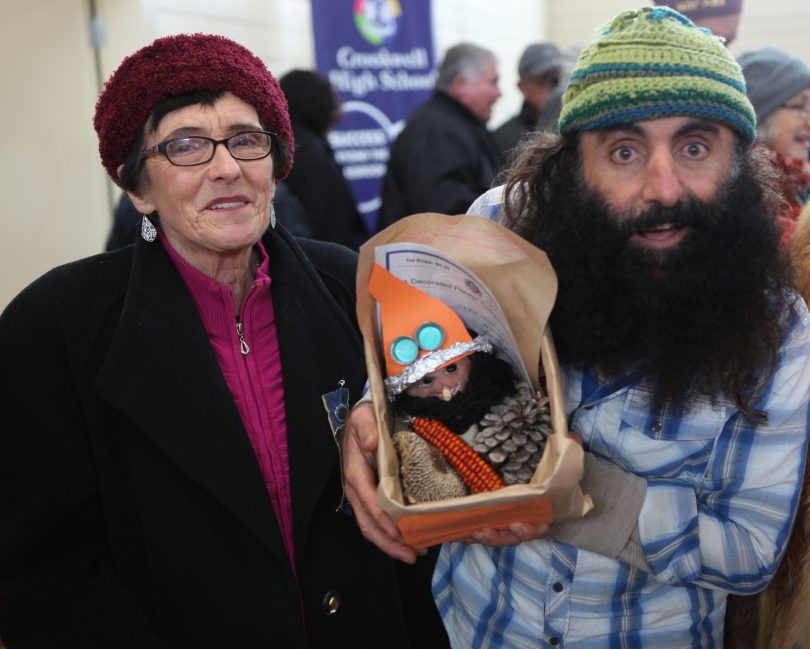 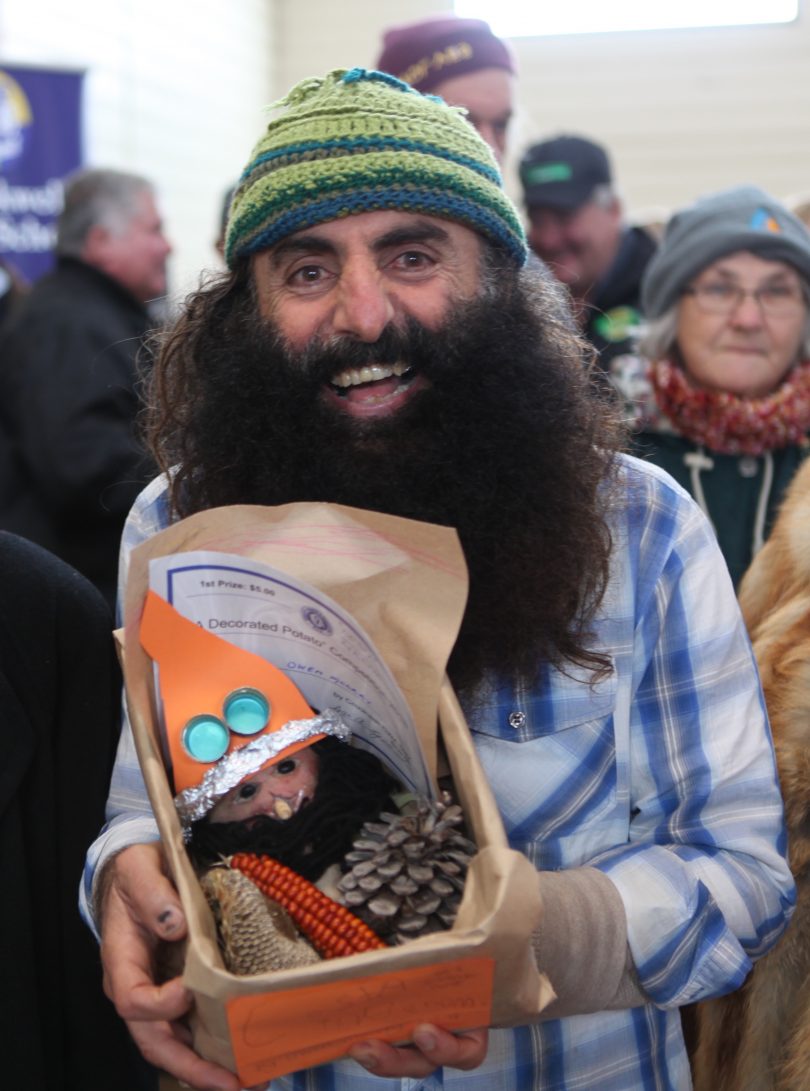 Costa Georgiadis and his spud twin.

Happily holding the item while posing for photos, Costa darted around looking at other potatoes various Crookwell school children had entered into a competition run by the local Country Women’s Association.

“These are unreal,” he said. 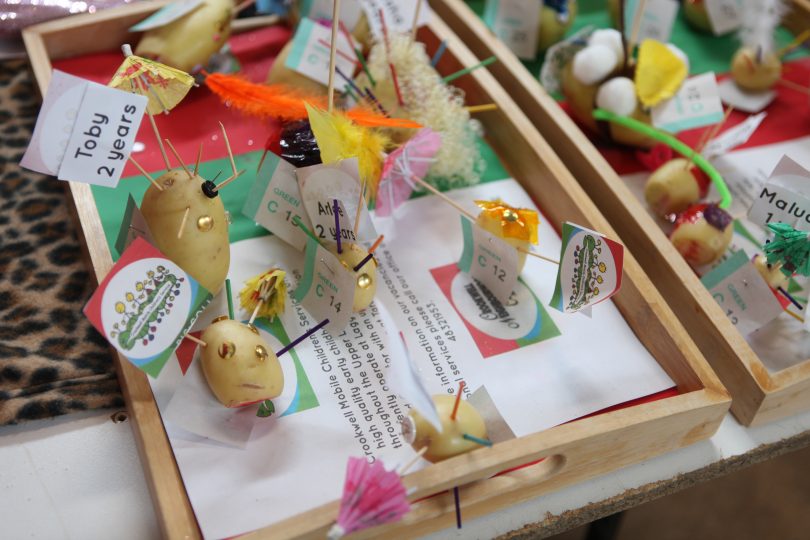 The Association’s Lilian Marshall said a best-dressed potato competition was held each year, with a special category introduced in 2018 to acknowledge Costa’s presence. Irish Ambassador to Australia, Brendan O Caollai, had the honour of judging it.

Meanwhile, an auction to raise funds for the Upper Lachlan Foundation and the festival’s committee saw a top bid of $2100 for four kilograms of Andean Sunrise potatoes.

The potatoes were ‘the first hand dug of the season’, fourth generation farmer Garry Kadwell pointed out. Asked how he preferred his potatoes to be cooked, he took a little while to decide before declaring, ‘good chips in clean oil’ were the best.

Third generation farmer Kim Weir, who grows Sebago and Almera varieties of potatoes, is one of a handful of farmers who produce a tonne of spuds for the festival each year. Within two hours of opening on Saturday, the large wooden crate in which they were stored was nearly empty. 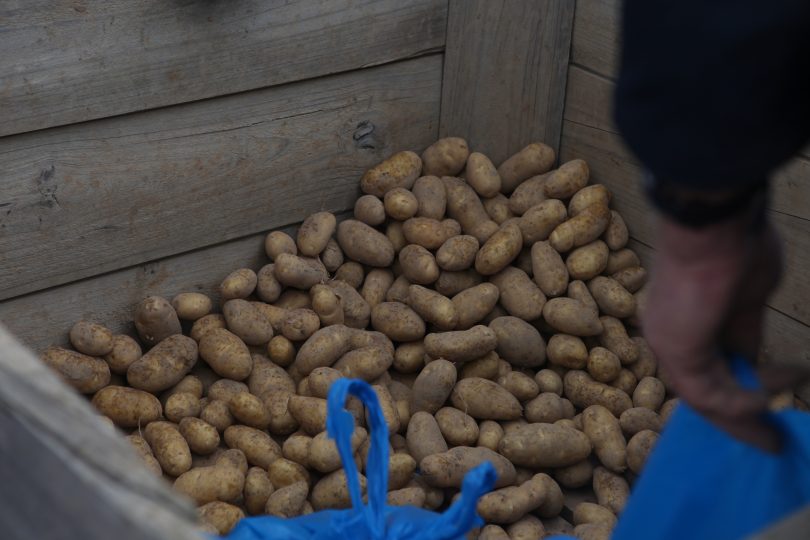 “We ask for a gold coin donation,” Kim said in between handing people blue plastic bags full of the vegetable. 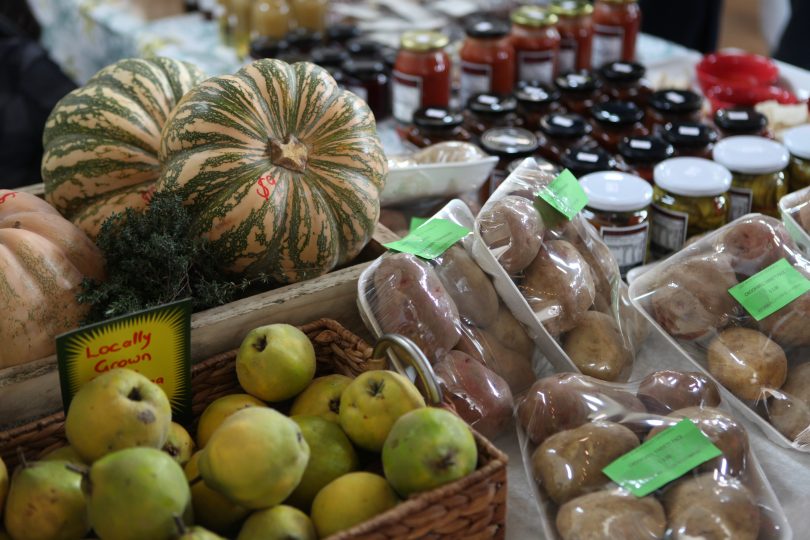 Also, check out this video of Andrew Warren, Event Manager for Crookwell’s annual potato festival, who took time out from the event to discuss a brief history of potato farming in the Southern Tablelands region, why his town holds an annual festival dedicated to the humble spud, and what the festival involves.

Craig Sutton - 9 minutes ago
Kathie Nash Yeah thanks scoop 🙄 I was referring to the entire northern part of Australia. Cairns, Townsville, Darwin etc... View
Sharon Cabban - 20 minutes ago
Lani Metcalfe future for Jack View
Kathie Nash - 1 hour ago
Canberra will never get its own AFL team while we only have a 'stadium' that holds 13,000 at maximum. Need a bigger stadium t... View
News 31

Ashley Hillstead - 29 minutes ago
That being said it looks like losing a prop won’t take their drones out so I guess they just hack it and repair any damage View
Ashley Hillstead - 31 minutes ago
Dean Okeeffe anyone who’s ever used drones even recreationally knows birds go for them too, there are hundreds of videos on... View
Food & Wine 15

Julie Macklin - 32 minutes ago
Peter Hatfield Not faster if the bus gets stuck in peak hour traffic in Sydney, as has happened to me. I used to catch the bu... View
Peter Hatfield - 1 hour ago
Or just go to the Jollimont and catch a comfortable coach and be in Sydney an hour faster, and at a fraction of the real cost... View
Greg Myat - 4 hours ago
Ross McConchie I agree with you entirely about using rail more to get trucks off our main routes. But trains are the most eff... View
Property 13

Kacey Butterworth - 35 minutes ago
Tim, let’s move. View
Jodie Kerec - 2 hours ago
Lisa Van Schieveen we could live here together. View
Gabrielle Driver - 3 hours ago
Lauren Edney look how nice it is. I'd have the cottage View
Sport 7