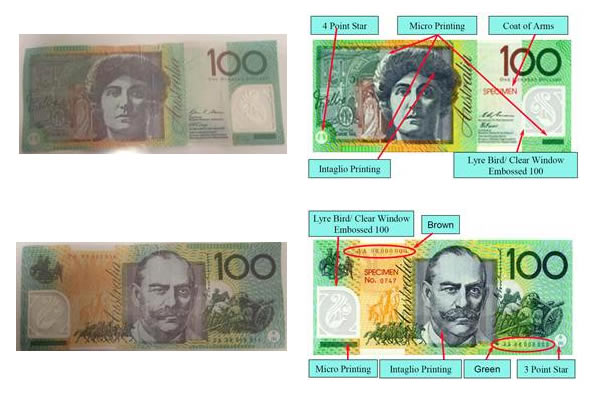 ACT Policing is warning Canberra businesses to be on the look out for counterfeit money following the discovery of imitation notes used in Dickson.

“Canberra stores are about to commence their busiest time of the year and it’s timely for store owners and managers to ensure their staff are equipped to detect counterfeit currency.

“There are a variety of security features that can be used to check a banknote, but at the end of the day, if you’re unsure if the note is legitimate, don’t accept it,” Acting Superintendent Cameron said.

ACT Policing is urging store owners and staff to report all attempts to pass counterfeit currency to police on 131 444.

Police urge anyone with information about the origin of these counterfeit notes to contact Crime Stoppers on 1800 333 000 or via the website at www.act.crimestoppers.com.au.

How dare the police warn people about this. This is a clear breach of the Doctrine of Separation of Powers.

Does anyone know where I could find an ex-MLA who can show some righteous indignation on my behalf?

I received a counterfeit $50 note earlier this year from (I believe) a petrol station, but didn’t realise it until well after the fact. Maccas took care of that problem for me 🙂

“It is not just his fault”: Dickson cafe owner calls for multicultural education after racist abuse

Ombudsman finds AFP location privacy breaches may have been ‘unlawful’

E-scooter injuries becoming “all too common” at Canberra emergency departments

@The_RiotACT @The_RiotACT
How do you rate @Channel7’s coverage of the Tokyo Olympics? Given the circumstances, Tim Gavel, who's commentated at seven Olympics, says it's been remarkable https://t.co/YMoHbEE7Md (23 minutes ago)