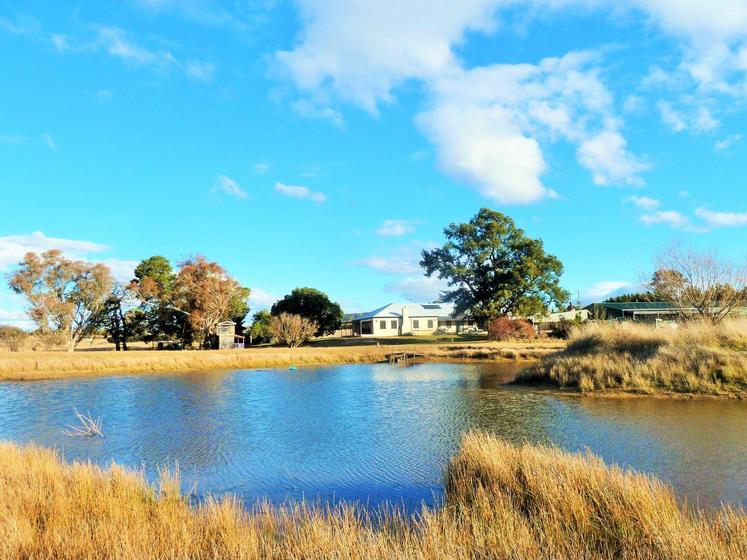 View over the dam to the large Sutton house and property. All photos taken and supplied by Jan Ladmore.

A massive family house and property which has come onto the market in Sutton offers all the appeal of an escape to the country coupled with all the convenience of being close to Canberra.

Topping that, this property adds in the delights of a quirky family cafe developed from a ‘man cave’, a cubby house straight out of the story books, a large shed which incorporates two two-bedroom flats (one unfinished), and an old grain shed with potential to be made into a bed & breakfast.

With an asking price upwards of $1.6 million, the property at 102 Wattle Flat Road, Sutton comprises 6.95 hectares or 17.17 acres of level to gentle undulating land, making it ideal for horses or other animals.

The Sutton property also features a large dam with an island and jetty which can be seen from the home and a range of established trees, including several fruit trees such as apple, cherry, pear, peach, apricot, mulberry, fig, plum and quince trees.

Listing agent Jan Ladmore of All Real Estate NSW said the property is only 10 minutes’ drive along the Federal Highway to Canberra and would suit somebody with a large family or executive people who want to live in the country but stay close to the city.

Ms Ladmore said that the property also offers potential income sources as the cafe/restaurant (which seats 30) could be opened to the public with development approval, one of the flats has been rented out in the past, and the large old grain shed has the makings of a character-filled bed & breakfast. 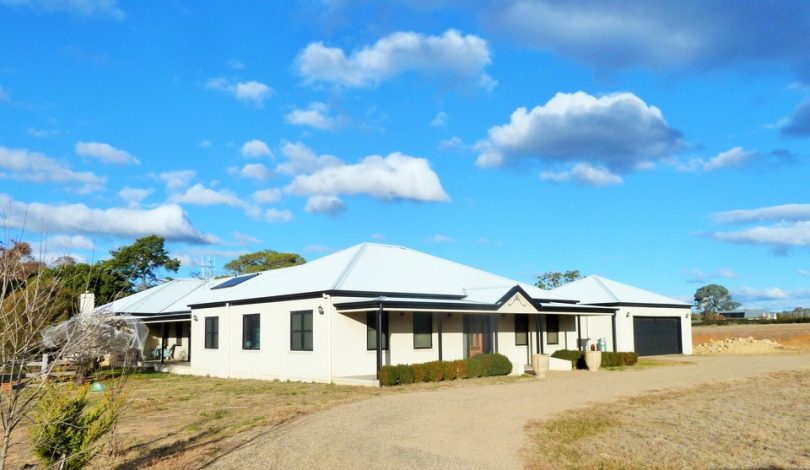 “As I opened the front door to the large hall, with the expanse of timber flooring as far as I could see, I thought, ‘where is my bowling ball?’ – not that I can bowl. It really is impressive!” said Ms Ladmore

“This is a beautiful home, with its expansive open plan living, the vast timber flooring, the high ceilings, the extra-large rooms. And there is a warmth and sense of family to this lovely property.”

Ms Ladmore said the gourmet kitchen has black Galaxy Granite bench tops and endless bench space, along with a lot of cupboards, drawers, and storage. It is equipped with a large oven and gas cooktop, dishwasher and walk-in pantry. 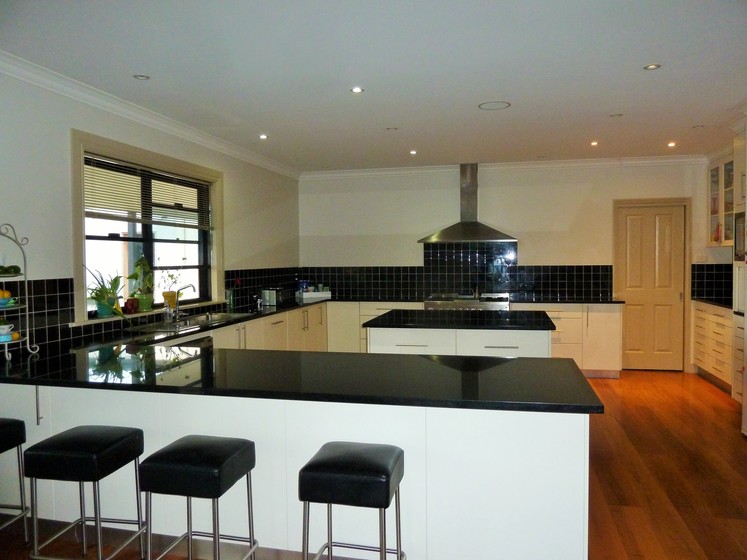 “The adjoining dining area will take the largest of dining tables and seating arrangements for family and guests,” Ms Ladmore said.

Ms Ladmore said the master suite is enormous and includes a walk-through robe and a very large ensuite. 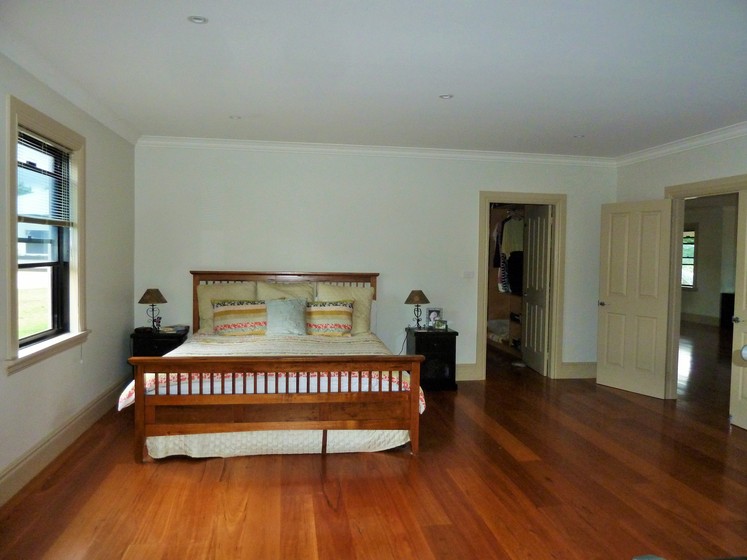 “There is so much room in the master suite rooms that you could have a parent’s retreat with lounge and TV or even could separate it into another room such as a bedroom/baby’s room or office. All the bedrooms are extra-large and have built-ins,” she said. 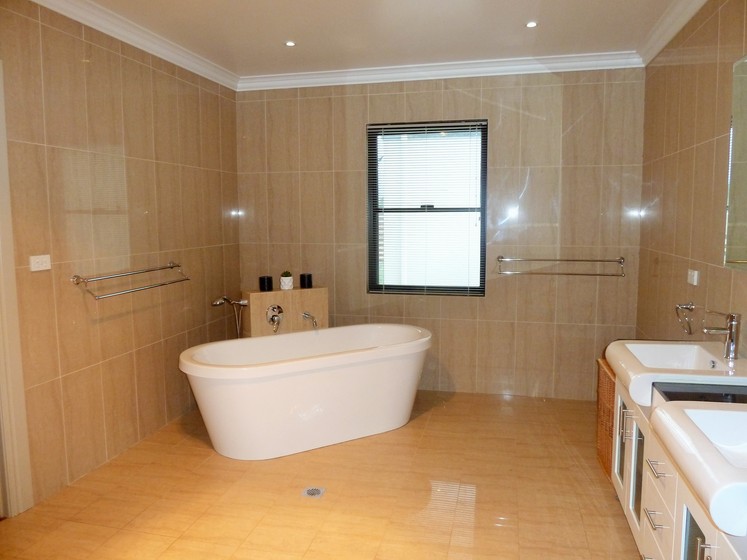 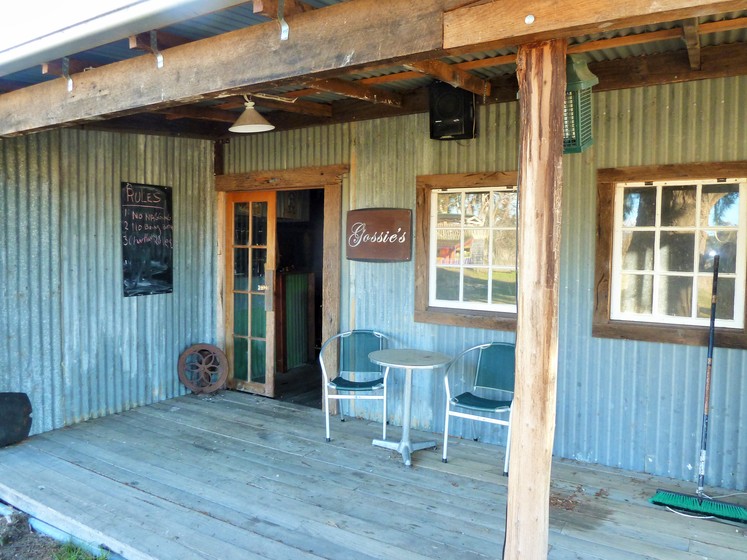 Ms Ladmore said that a special feature of the property is ‘Gossies’ Family Restaurant, which is set under a large tree in an old shed, with views over the pretty dam.

“It started off as your typical ‘man cave’ but it was so appealing to all the family and friends that it grew and evolved into a private family place to hang out with all their friends for any occasion,” Ms Ladmore said.

“It is now equipped with a stainless steel commercial kitchen, a pizza oven, open fire place, mood lighting, music, TV and seating for approximately 30 people – an absolutely fantastic place for gatherings and fun,” she said. 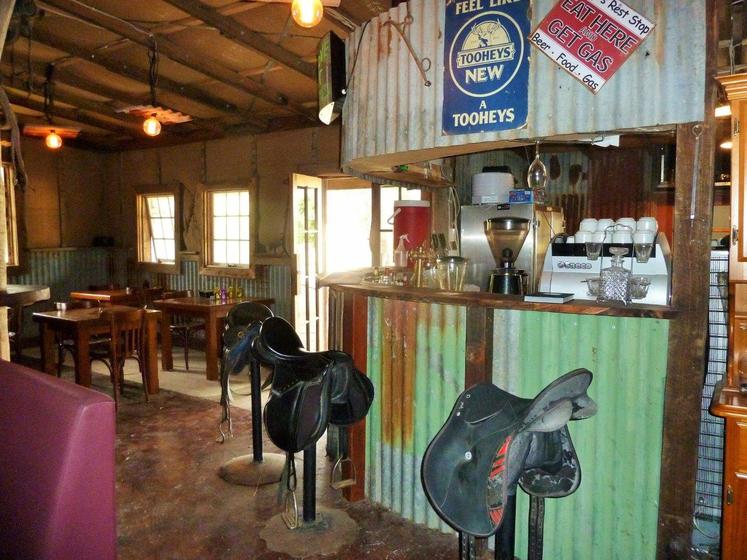 Ms Ladmore said the cafe/restaurant comes with all its equipment and furnishings and could be used for special birthday celebrations, weddings, engagement parties, anniversary gatherings, Christmas and the like.

“It has a lot of possibilities and there is nothing that I have seen like it around Canberra,” Ms Ladmore said. 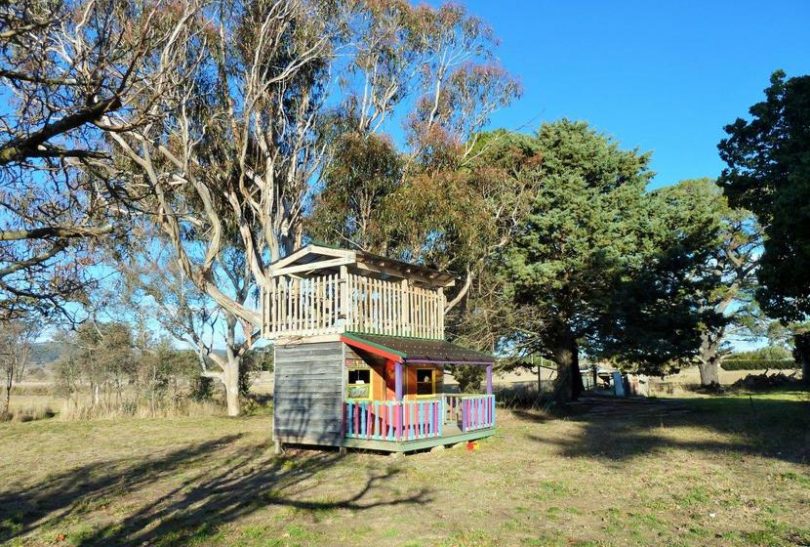 “If you have read those tree-house books to the kids, then you can relate to this cubby house as it has been built around a tree, is two-story and ready for fun,” Ms Ladmore said.

“It is ready for their imaginations and the kids will love it, plus you can keep an eye on them from the house.” 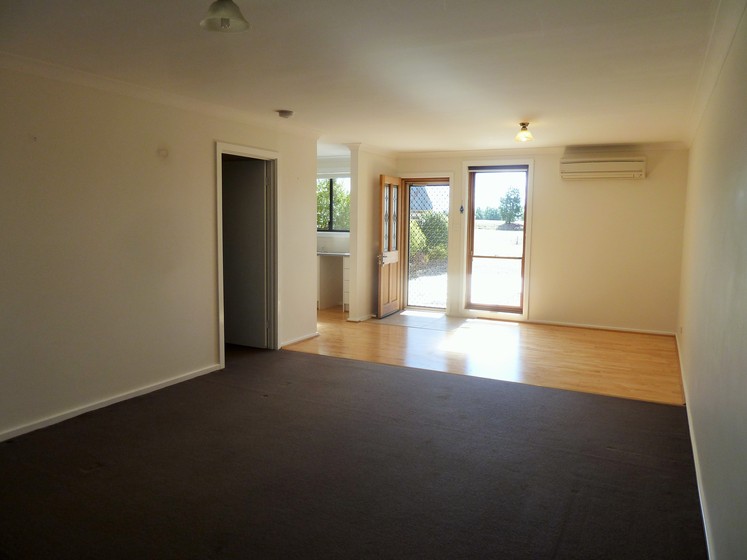 Ms Ladmore said that the property also has a large shed which has a workshop at one end that is divided into two rooms and has a toilet and sink area. At the other end and under the same roof there are two two-bedroom flats – one is finished and has been tenanted in the past, while the other is not finished. “There is an Old Grain Shed with chutes that the grain flowed out from coming out the sides – it is original and quirky,” Ms Ladmore said.

“The owners thought that it had the makings of a great B&B, as it is a decent size, has a lot of character, sits nicely away from the dam, and is within a quick commute to Canberra.”

The property is located just off the Federal Highway near the Sutton Exit and only a few minutes away from the rural village of Sutton. It offers a quick commute to Canberra and Queanbeyan.

For more information contact Ms Ladmore on 0407 890 527 or check out further details about the property by clicking here. 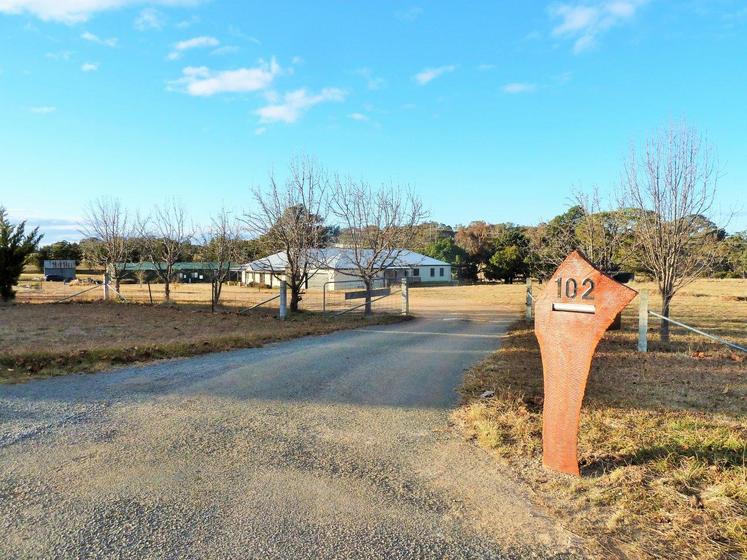 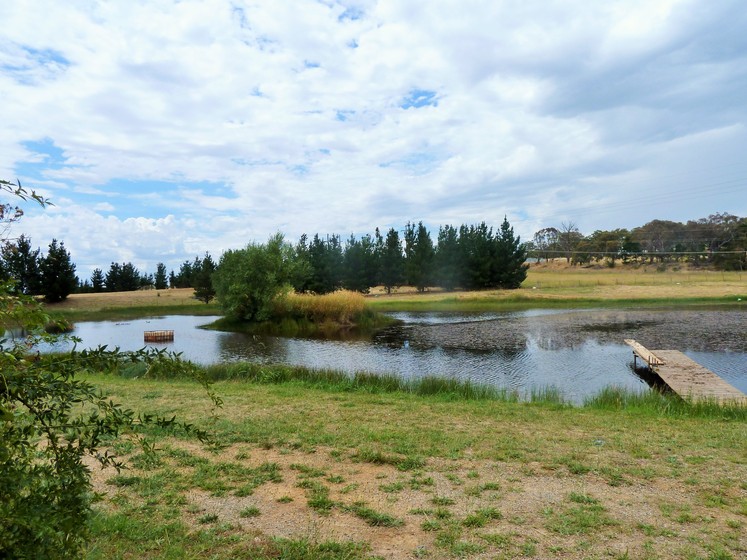 Maya123 - 2 hours ago
Acton, Have you ever voted for Labor? View
Spiral - 3 hours ago
Opposition to same sex marriage (for example) is not exclusive to Christianity. Faiths that are sometimes violently opposed t... View
chewy14 - 5 hours ago
Acton, Except by definition facts don't change. Also, I find your definition of a "conservative" quite amusing. By that defin... View
Opinion 10

Capital Retro - 3 hours ago
That means it will be a Labor/Green government forever and there are signs on this thread that that is no longer palatable. View
HiddenDragon - 6 hours ago
It's not minority government - it's a coalition, with Labor too often following the Greens down the rabbit hole, and the Gree... View
Acton - 8 hours ago
Do you remember Pitch n Putt at Woden? A popular community recreational area. Now derelict and set aside for apartments.... View
Property 12

Capital Retro - 5 hours ago
I did not claim that interest rates cuts only happened now. They have been happening for 10 years and this was the policy of... View
chewy14 - 16 hours ago
Capital Retro, Firstly, most of the interest rate cuts happened well before the current crisis, so you can't just claim your... View
Brenton Higgins - 17 hours ago
Joshua we’ve had two elections on that already. Canberra decided. View
News 48

Striking home with English country garden to be auctioned at Sutton