Defence jobs building a bridge to reconciliation in the Shoalhaven 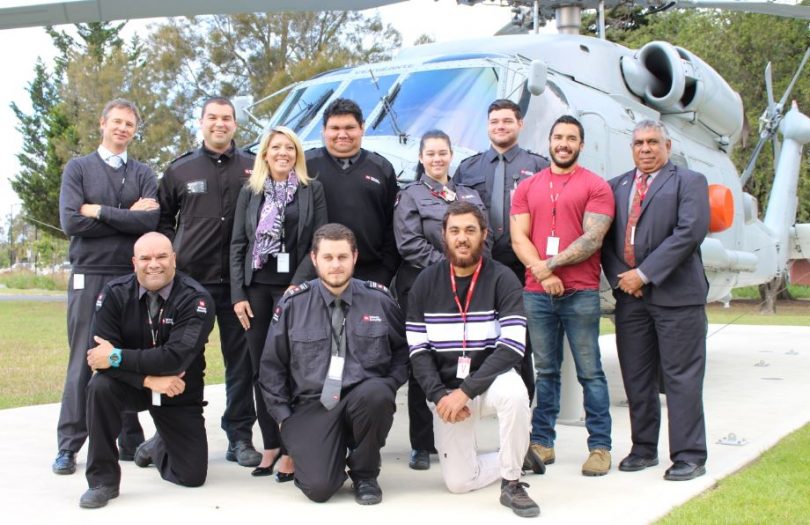 A partnership in the Shoalhaven is forging a new culture within one of Australia’s biggest security companies, and in turn, filtering out into the wider community.

Wilson Security keeps watch on who goes in and out of three key Defence facilities – HMAS Albatross at Nowra, HMAS Creswell at Jervis Bay, and the Beecroft Weapons Range at Currong.

“We look after access control and property protection, our team ensures that only authorised people enter the bases and they also conduct vehicle and foot patrols,” says Chevelle Millhouse, Wilson Security ACT Manager.

Wilson has been on the job with the Department of Defence in the Shoalhaven for the last three years and took on the work with a real drive to connect with, and have an impact on, the local Aboriginal community.

In the last 12 months, that vision has been realised with a crew of eight Indigenous security officers now on duty across the three Navy bases and thriving.

“Getting all the clearances to work at a place like Albatross can be a long wait; getting your security licence in the first place is a significant achievement, all up it can take nine to twelve months before you are in paid employment,” Ms Millhouse says.

“These guys have shown great dedication and focus and it’s starting to pay off for all concerned.” 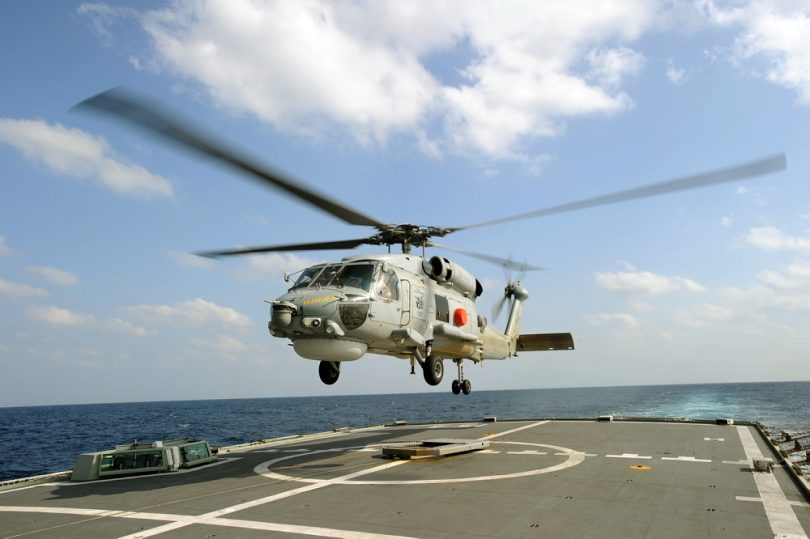 HMAS Albatross is home to 816 Squadron and their 70B Seahawk Helicopter. Photo: navy.gov.au

Geoff Wellington is the longest serving team member and says he enjoys the work.

“It keeps us busy, there is always something going on, we are working with the Navy so it comes with a bit of pressure,” he says.

Shannon Barley who is a younger recruit explains that HMAS Albatross is a helicopter training facility.

“It’s like a little township for Defence, its home to millions of dollars worth of gear, so you have got to be on the ball.”

Cameron Fisher-Brown says communication is an important skill to have.

“People from all over the world come into the bases, just the other week at Creswell we had buses coming in from America, Indonesia, and New Zealand – its a great place to learn.”

“We launched our Reconciliation Action Plan last year and one of our main goals is to increase employment opportunities,” Mr Mi Mi says.

“What’s happening here in the Shoalhaven is one of our success stories, it just shows if you put the time in to understand local Aboriginal culture this can work.” 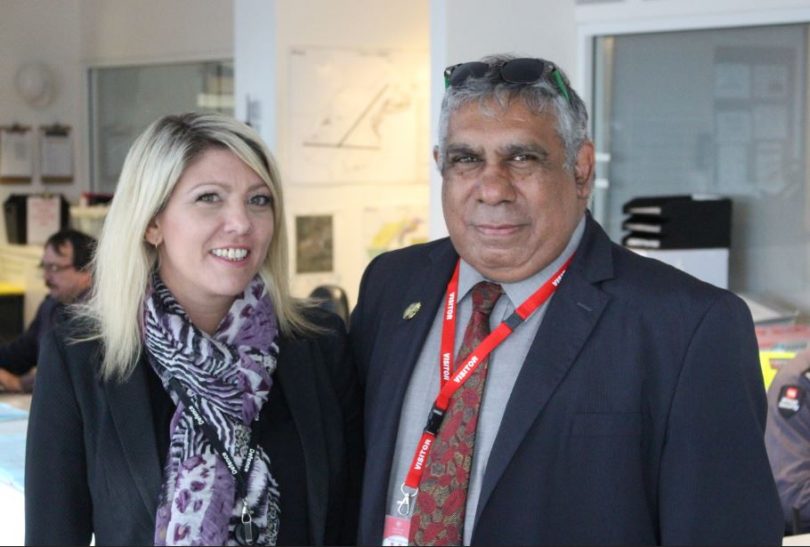 Mr Mi Mi believes the Shoalhaven approach is the model for the rest of the company to follow.

“We have committed ourselves to increasing the number of Aboriginal staff across the organisation; by 2021 we want three per cent of our workforce to come from an Aboriginal background.”

“We need to employ another 300 people to reach the target, which would take our total Aboriginal workforce to around 370 people nationally,” Mr Mi Mi says.

Wilson Security is one of only 13 businesses to sign up to such a target under the Federal Government’s Employment Parity Initiative. Other companies include Woolworths, Coles, and Qantas.

“Here in the Shoalhaven, over 10% of our staff are Indigenous, we want to be a reflection of this community, it’s part of Wilson’s corporate responsibility,” Ms Millhouse says.

The positive impacts on the Aboriginal community are a source of pride for Ms Millhouse and Mr Mi Mi.

“You employ one person and the benefits follow out to their family and the whole community,” Mr Mi Mi says.

“You can see the confidence and strength employment brings in our staff.

“This has a massive impact on reconciliation, it breaks the negative cycles and creates more positive stories and experiences for people of all backgrounds.”

Mr Mi Mi believes the drive for this sort of initiative needs to come from the top down.

“This comes from our CEO and flows all the way down, it’s now part of the KPI’s all managers are working to,” he explains.

“We want to get to a point where having Aboriginal people on staff is second nature but for the time being, we need to drive that change.

“Making Wilson a ‘culturally safe workplace’ is a big part of that, people are happy and comfortable to come to work, people know that racism, sexism, and intolerance won’t be tolerated,” Mr Mi Mi says. 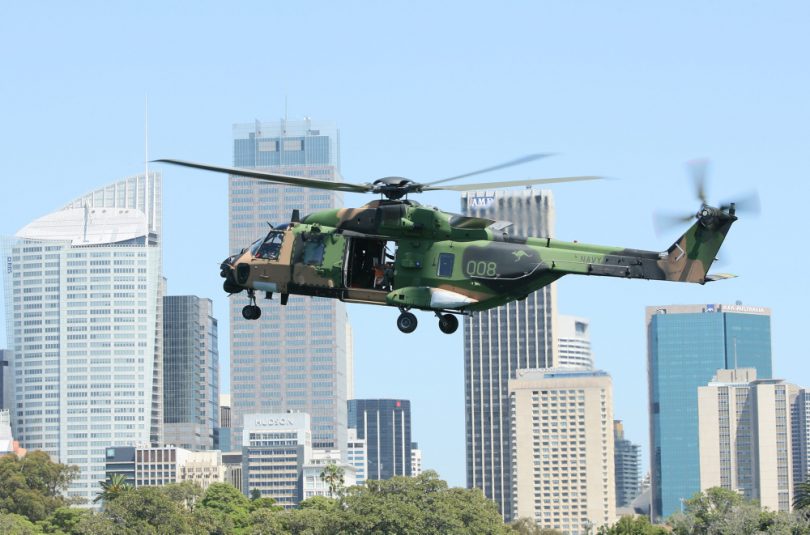 HMAS Albatross is home to 808 Squadron and their MRH-90 helicopters. Photo: navy.gov.au

Ms Millhouse and Mr Mi Mi say businesses and organisation wanting to follow in Wilson’s footsteps simply need to make a start and make contact with their local Aboriginal community; their advice is face to face contact first rather than emails and phone calls.

“Someone has got to take the first step,” Mr Mi Mi says.

Dean Carlson - 6 hours ago
Don’t let a noisy minority say they're talking on behalf of the town. This school is desperately needed and the proposed si... View
Kristy Norwood - 7 hours ago
I am 100% for the high school and it's location, as for the park it's government owned and they will do as they need, if they... View
savebungendorepark - 20 hours ago
We should be clear. This isn't about "us against them". Virtually everyone who's campaigning to save the Park supports a high... View
News 8

Ross Collis - 12 hours ago
John Evans definitely! Its never cold in Canberra so this anomaly must be a result! View
News 40

Mark Supple - 20 hours ago
Brittany Ashleigh how did they miss u guys ????? Outrage View
News 34

Michelle Taylor - 21 hours ago
Great article Rachel! I can’t wait to see this 😍 View
show more show less
*Results are based on activity within last 7 days

It's no secret to locals that the Garran shops are thriving at all times of the week. But business owners...
News 86

Europe’s most famous food markets are the blueprint for a multi-million-dollar redevelopment of the Belconnen Fresh Food Markets, which aims...
Opinion 36

@The_RiotACT @The_RiotACT
Researchers have discovered that the waters around popular holiday destination Narooma are a troubling barometer of climate change https://t.co/vbHjduTT7O (2 hours ago)

@The_RiotACT @The_RiotACT
Marg Wade explores the extraordinary and moving history of the pines that memorialise Australia's fallen from World War I https://t.co/T3nKOc9yVf (6 hours ago)