Delfina Dimoski on the frontline stamping out referee abuse 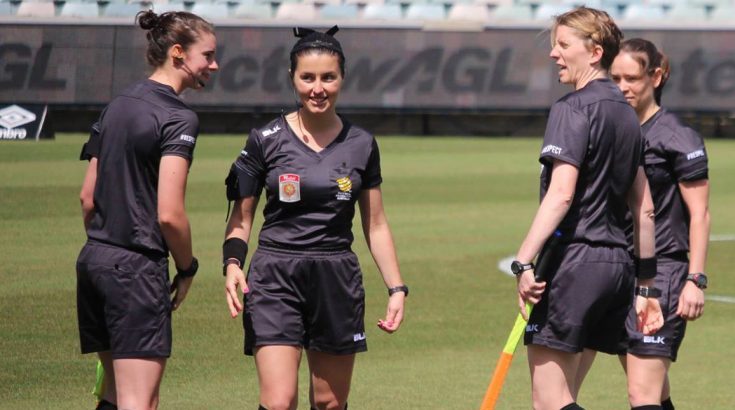 Canberra football referee Delfina Dimoski had become accustomed to heckles, verbal abuse, racist slurs and threats of violence from players, coaches and from the crowd, but it was an incident during a match in July last year that made her draw the line.

On a cold winter’s day, a man’s voice rang out from the sideline, threatening to rape her.

It was a blatant example of the ugly side of football in the nation’s capital and highlighted the issue that was plaguing the competition.

“That was a turning point for us. We decided we had to fix this or referees will continue to walk away from the game.”

As last season’s finals drew near, the abuse towards referees had reached a breaking point, causing around 40 referees to meet with Capital Football to air their grievances and demand change.

Capital Football undertook a referee review which looked at the reasons why referees were walking away from the game and what changes the referees would like to see and what would create a safer environment for officials.

As a result of the review, Capital Football has rolled out several changes to support its referees, providing access to a welfare officer to talk about their experiences on the job, as well as a club official for on-field support.

Football’s governing body has also implemented several rule changes, with 10-minute sin bins and the implementation of yellow and red cards for coaches and players on the bench during the 2019 season.

Clubs have received powerpoint presentations that clearly outline what low, medium and high levels of dissent look like, with examples, and what level of dissent will see them spend 10 minutes on the sideline.

Dimoski has been meeting one-on-one with players and coaches from NPL1 and NPL2 football clubs across the nation’s capital throughout preseason, helping change the way players view and interact with referees on the frontline.

“We want to really change the way people view referees,” she shared. “We want to connect with clubs so people realise we are all football stakeholders and that it is not us vs them.

“I want to see a good match of football and I don’t want to be the centre of attention. I am there because I love the game.

“Abuse towards referees is culturally ingrained, not just in our code but everywhere. Sledging refs is a national past time. We want to change that mentality.

“Seeing clubs across NPL1 and NPL2 getting involved and wanting to participate, especially some of the clubs that had a bad rap-sheet last year is fantastic. They have put their hands up, addressed there is a problem and they want to have an open conversation about it.”

No referees no game 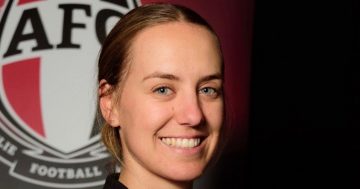