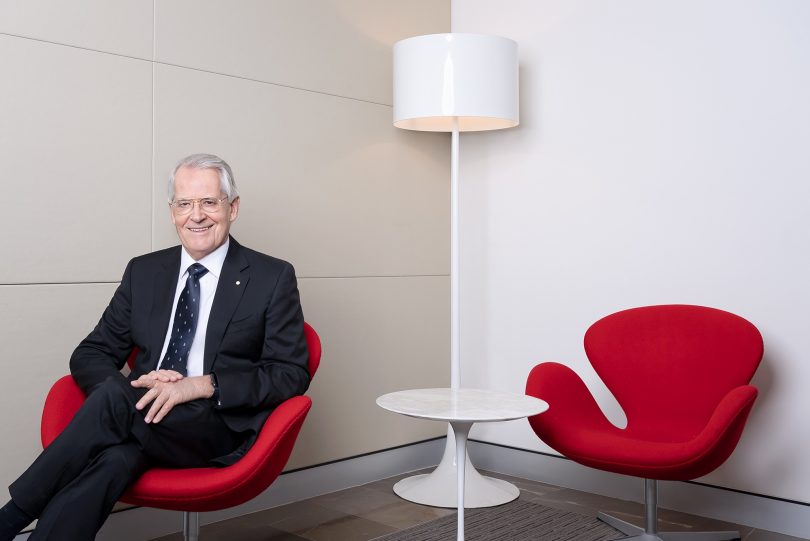 A former Federal Court and ACT Supreme Court judge has been appointed the ACT’s first Integrity Commissioner, after the Government’s preferred choice, Terence Higgins, was vetoed by the Canberra Liberals.

Justice Cowdroy will start in the job on 1 August 2019.

Chief Minister Andrew Barr, who had been scathing of the Liberals’ decision to block Mr Higgins appointment because of his one-time ALP membership, said Justice Cowdroy brings with him more than half-a-century of legal experience, including service as a Justice on the Federal Court of Australia and an Acting Justice on the ACT Supreme Court.

He is a member of the NSW Civil and Administrative Tribunal.

In April, a panel of three judges had nominated former ACT Chief Justice Higgins, who was a member of the Labor Party, a branch president and had served on its National Executive between 1986 and 1987. He resigned from the party in 1990 when he became a judge of the ACT Supreme Court.

The nomination needed to be supported by two-thirds of the Legislative Assembly.

But Opposition Leader Alistair Coe said that past presidents of any political party were not appropriate to be the Commissioner overseeing politicians and public servants despite Mr Higgins fitting the criteria in the legislation.

“The inaugural Integrity Commission needs to be beyond reproach,” Mr Coe said then.

“We must seek to avoid actual, potential or perceived conflicts of interest – I don’t think that this is too much to ask.”

Margaret Stamatis-Everett - 32 minutes ago
Catherine Denice , did Uncle Jimmy see this? View
Sue Skinner - 2 hours ago
I never knew that this existed! Susan English have you seen it? View
Katie Erskine - 11 hours ago
So glad we had breakfast there with you Jennifer Lindley . A great piece of Canberra.... View
Breaking 2

chewy14 - 45 minutes ago
Because they were keeping supply mainly centralised early on because of the efficiencies of doing so with a limited supply. N... View
Community 1

chewy14 - 49 minutes ago
So any NIMBY issue is just going to get an uncritical article now where they can claim whatever they want? I heard that the q... View
Opinion 13

Joshua Grech - 55 minutes ago
ACT gov partners with Virgin Australia to diversify transport as aircraft movements between sydney and Canberra are an easy e... View
Jack Horne - 10 hours ago
Charlie Karmenu Flask must have been with Hellstra in the aluminium lined carriages and metallic glazing that stops 5g emissi... View
News 9

Acton - 2 hours ago
The UC says international students continue to study online and are doing well. So there is no need to risk the health of Aus... View
Michael Cameron - 4 hours ago
Shawn Mulgrue 1st..YES! View
Mandy Savery - 11 hours ago
How about delivering on campus for the students that are here? Or even delivering lectures live online instead of videos from... View
Lifestyle 8

Kristy Lee Morrison - 11 hours ago
Ken McInnes Used to go for coffee there in the mornings on a walk and they’re always so friendly 🥰 Great family business... View
News 30

Tom Porter - 12 hours ago
Nick Savino can you counter the report. View
What's On 2

The head of an electronics store has been sentenced for stealing almost $60,000 from his employer. The agreed facts in...
Property 16

@The_RiotACT @The_RiotACT
The Wollondilly River and Mulwaree River flow through Goulburn, sustaining life for millennia and bringing peace and tranquility to the city https://t.co/rAHZDEMvOb (2 hours ago)

@The_RiotACT @The_RiotACT
Would more flexible working hours sort out our traffic congestion? And can your boss tell you what to wear to work? Here are our slightly surprising poll results https://t.co/bzFvQqFbLG (12 hours ago)