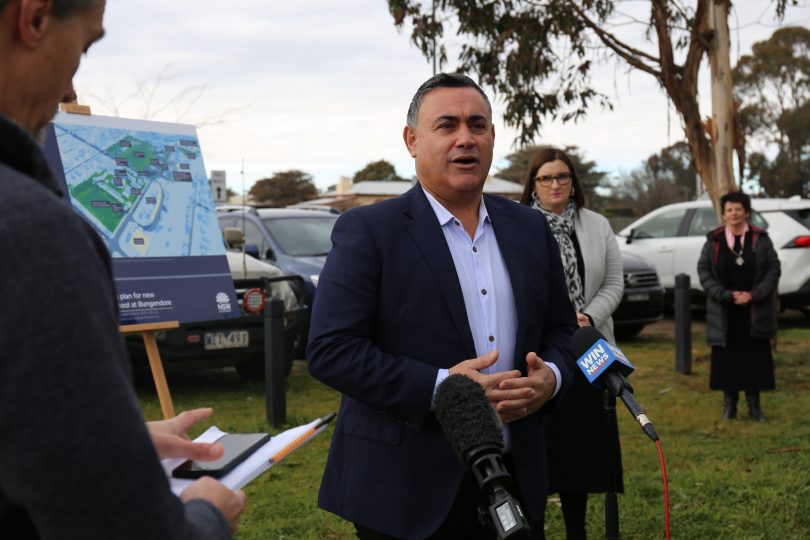 The NSW Government has announced it will lodge a Secretary’s Environmental Assessment Requirements application with the NSW Department of Planning, Industry and Environment for the new Bungendore High School this week.

The application is a formal part of the State Significant Development (SSD) process, and as part of the undertaking, the community will be invited to put forward formal submissions to the department.

All SSD development applications must be exhibited for at least 28 days on the department’s website, acknowledging that these projects are large, complex and can have major economic, environmental and social impacts. Once the SSD reaches the ‘exhibition’ stage, the community has a right to have a say before any final decision is made.

There have been previous concerns expressed regarding the location and community consultation over the project, and while the concept of a high school in Bungendore is widely accepted as necessary, resident action groups said, in November 2020, the site appeared to be a ‘done deal’ without consultation about other potential sites.

NSW Deputy Premier and Member for Monaro John Barilaro said the new high school will benefit young people and their families for generations to come.

“The new school is being specifically designed for this community and has been master-planned to cater for population growth in the area and to allow for expansion of educational facilities as needed in the future,” he said.

“The Department of Education hosted a community information hub in Bungendore last September to provide information to the community and answer any questions.

“It is vital the community continues to play a role in this exciting project, and the State Significant Development process is another opportunity for the community to provide their thoughts.”

NSW Minister for Education Sarah Mitchell said she is delighted to share the progress of the new high school.

“This is an important project for regional NSW, and I look forward to watching it start to take shape,” she said.

Queanbeyan-Palerang Regional Council agreed in principle to sell its Bungendore properties to the NSW Department of Education to make way for the high school. Assets up for sale include the council chambers in Bungendore, the ageing Bungendore Swimming Pool, and Bungendore Community Centre – all in Majara Street.

The Majara Street road reserve between Turallo Terrace and Gibraltar Street is also earmarked for sale, based on independent valuations, and a portion of Mick Sherd Oval, on crown land, will also be used by the new Bungendore High School.

The Abbeyfield senior housing development intended for 4-6 Majara Street will be relocated to 2 Majara Street under the department’s proposal.