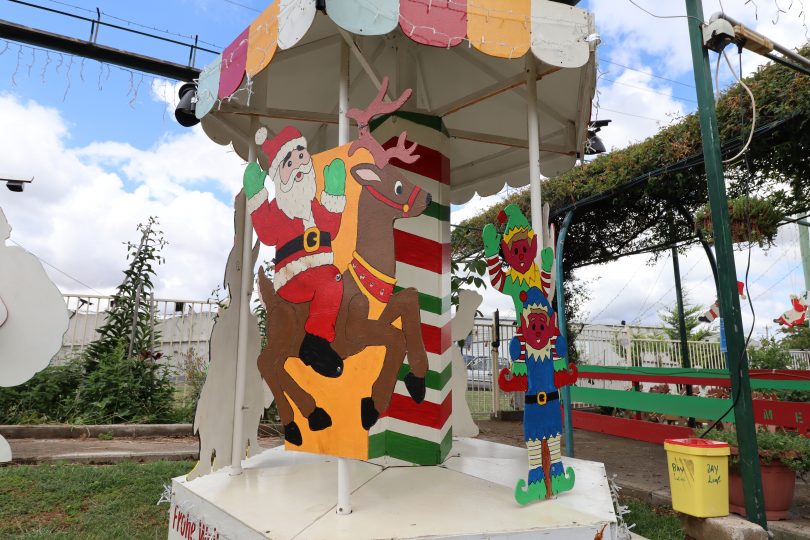 On an ordinary street in Yass is an extraordinary Christmas light display, labelled ‘Disneyland’ by local preschoolers and built on community spirit.

Nancy and Bruce Hook’s house at 6 Orion Street is home to one of the largest handmade Christmas displays in southern NSW.

For the past 12 years, Bruce has handmade the moving merry-go-round, Ferris wheel, aeroplane and helicopter for Santa – in case his reindeer need a break at the end of the year – and larger-than-life candy canes.

The pièce de résistance is the giant Santa sleigh, which people can climb into, and adjoining reindeer that lead down the driveway. Both took Bruce six months and $3000 to make. 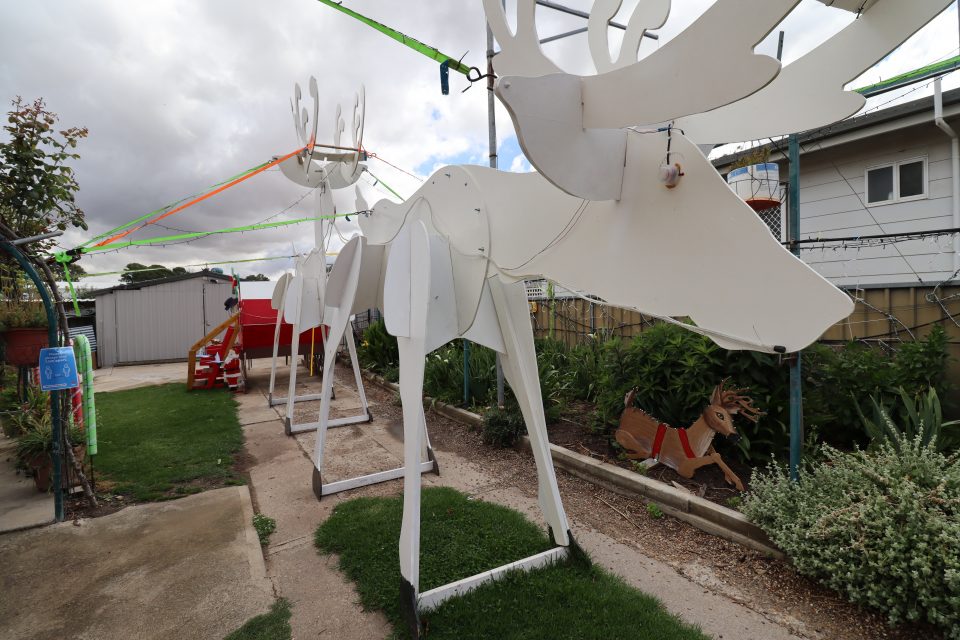 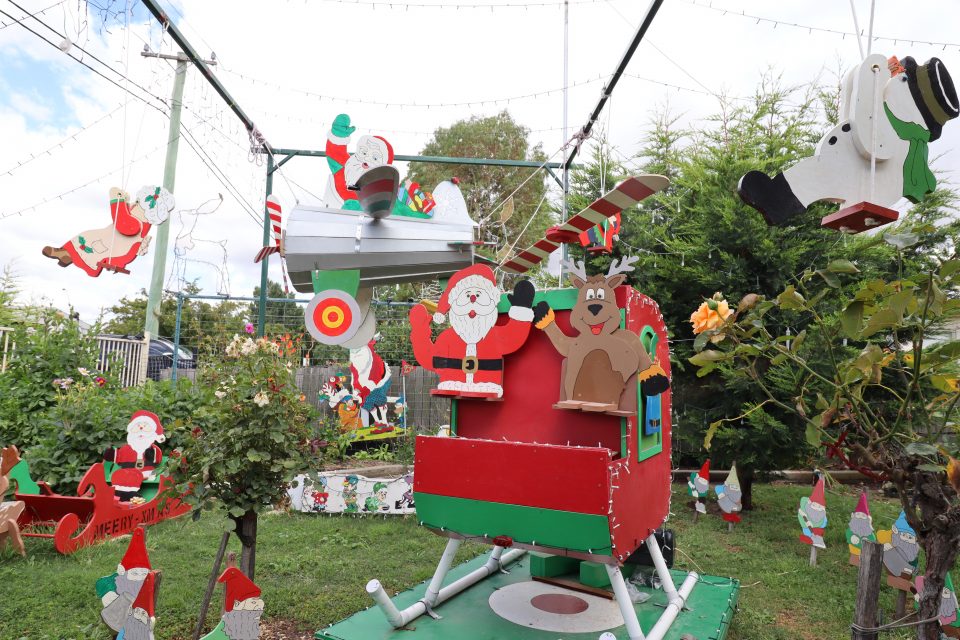 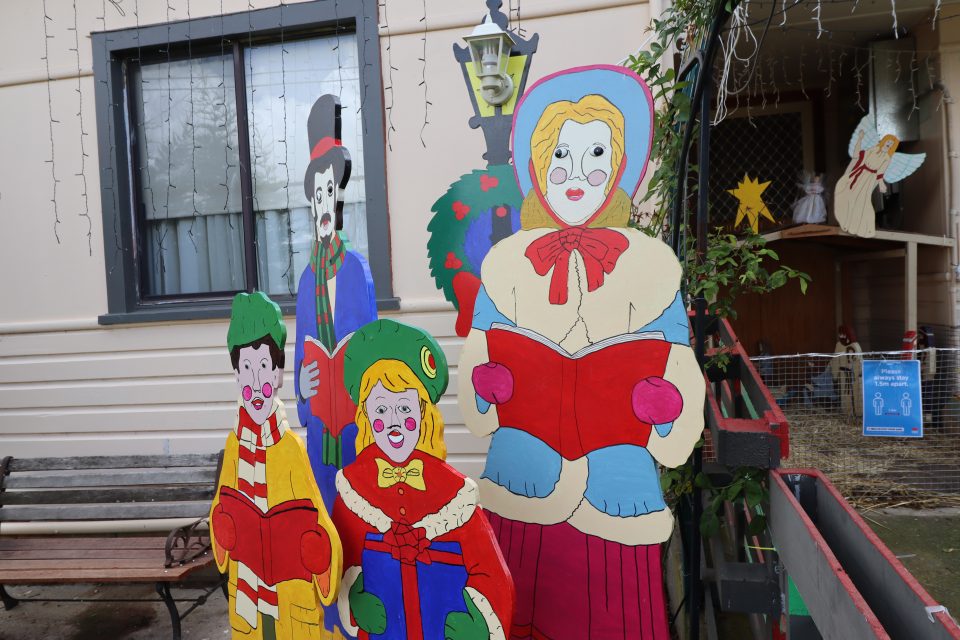 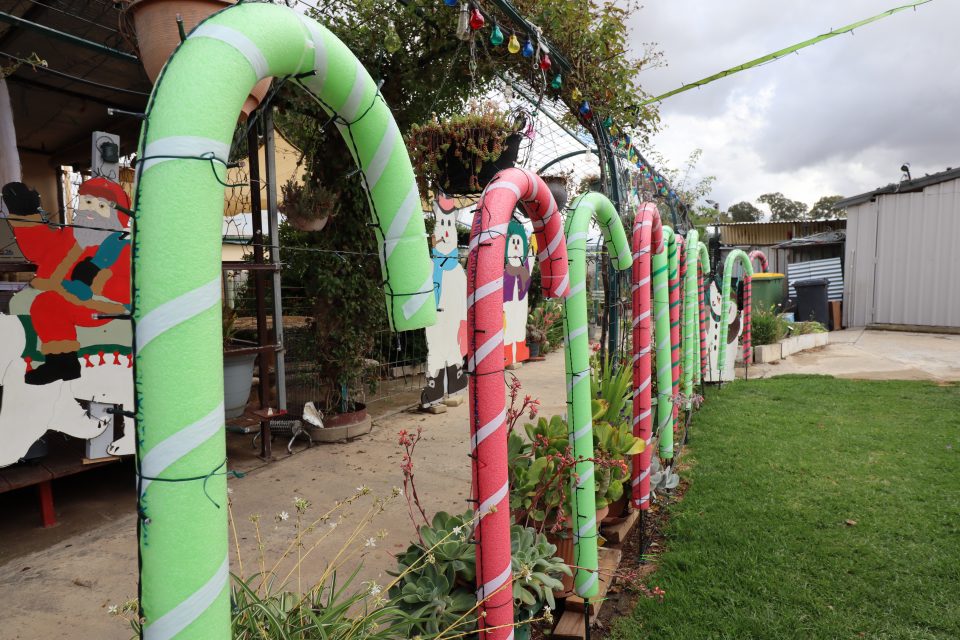 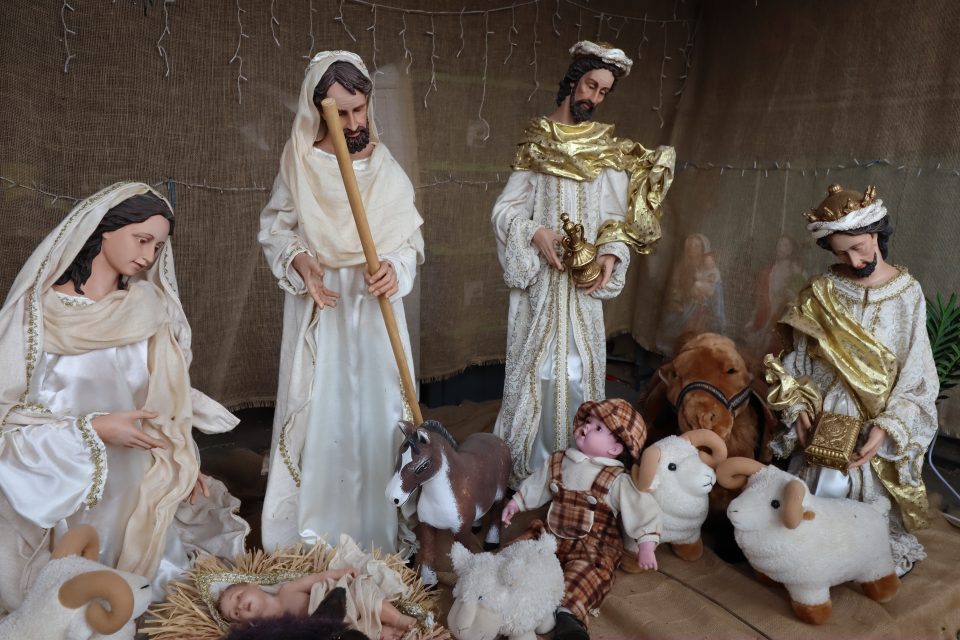 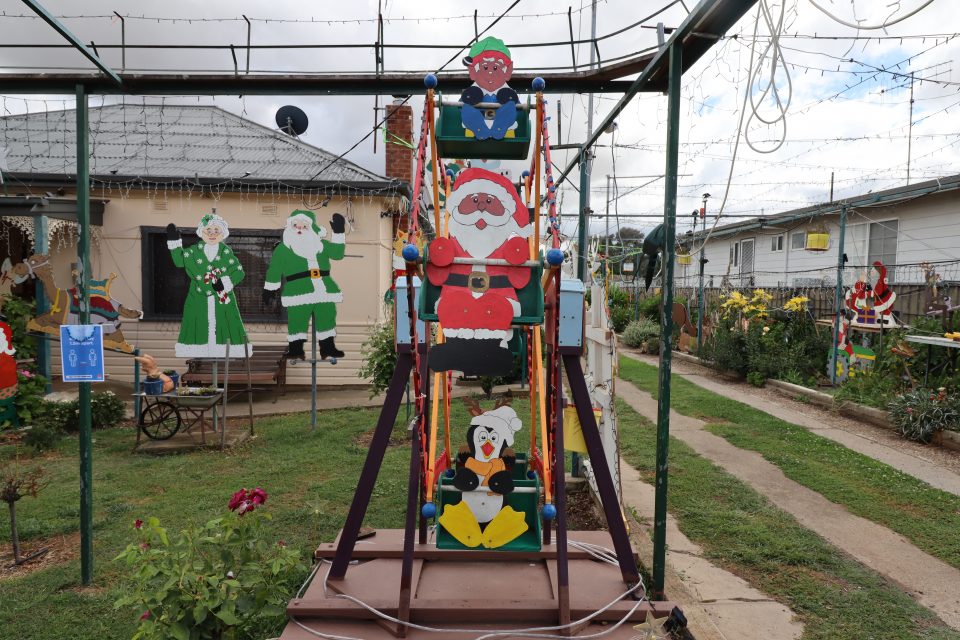 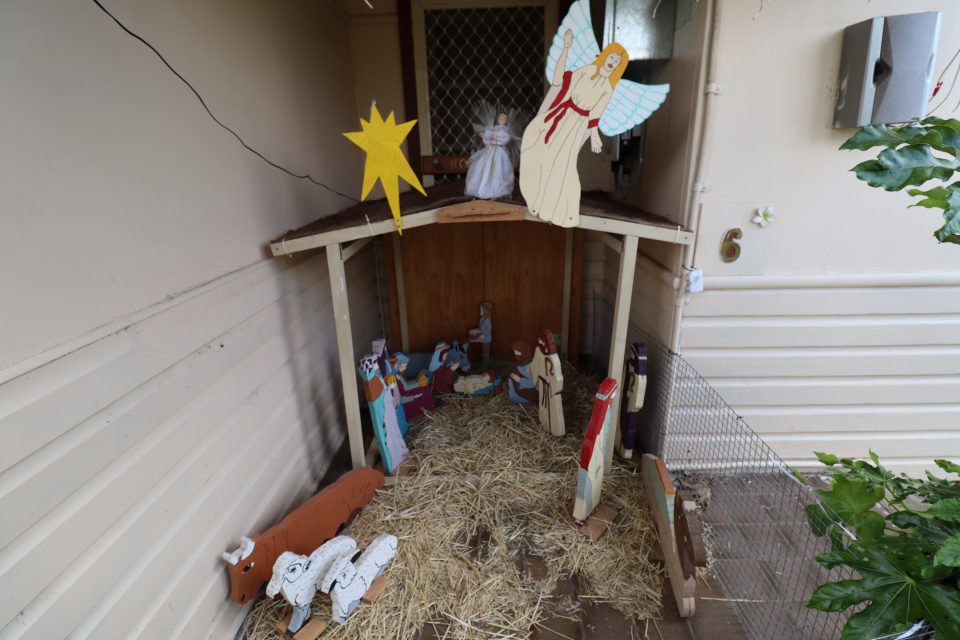 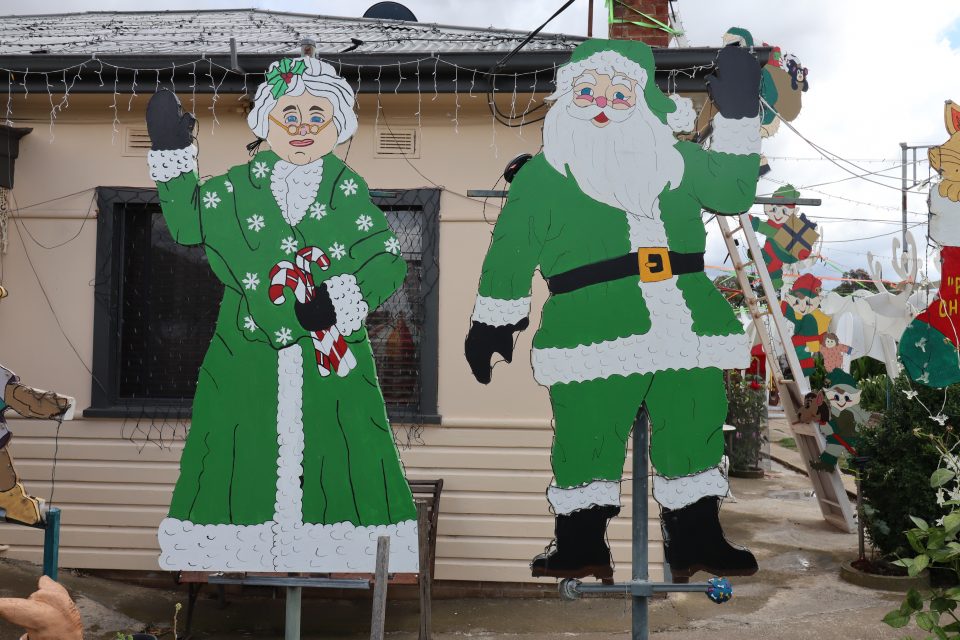 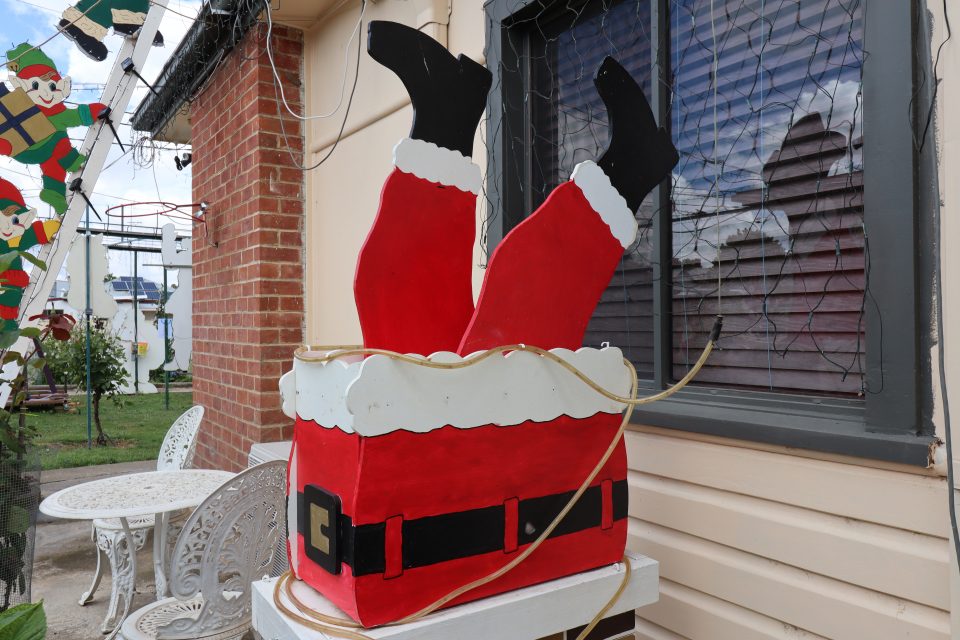 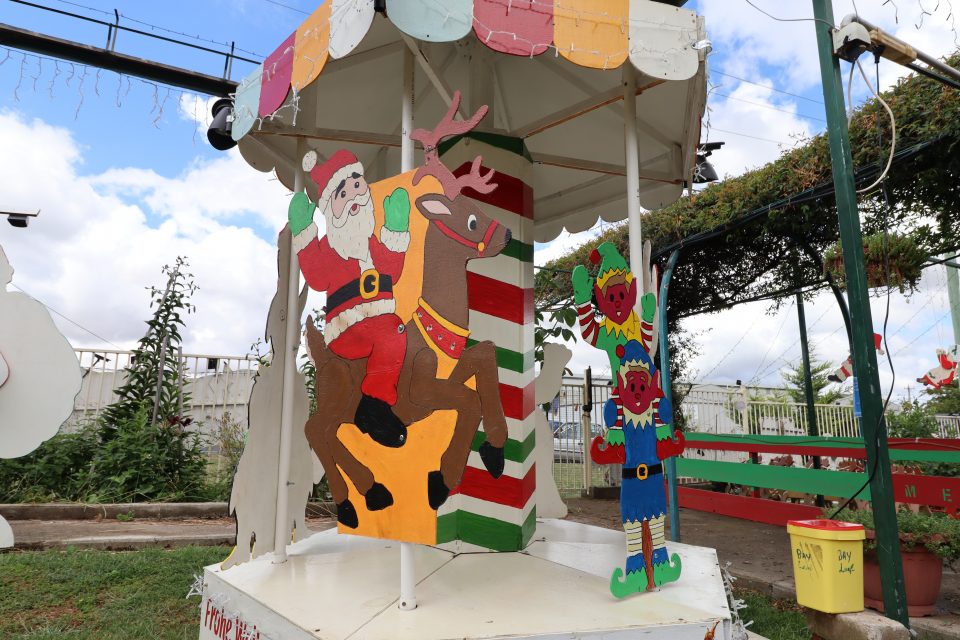 Their garage doors also open up to a life-size nativity display.

Of course, a Christmas display can never be without too many lights – at least not according to Bruce – and there are thousands wrapped over the couple’s roof, driveway, garden and wooden displays. It’s a good thing they are mostly powered by solar.

Tourists from as far as Japan, the Philippines and Taiwan have visited the display – one out-of-towner even offered to purchase it – and it’s a full-time job for the couple welcoming onlookers during the holidays.

They also put up a display at Easter and on Anzac Day and Remembrance Day.

Esma Drennan, 87, and Freda Cook, 83, have been coming to see the display for about five years.

Freda says she also sees displays in Canberra with her children, but there’s nothing like Bruce and Nancy’s offering in Yass.

Esma describes the couple as “very kind people” who are “dedicated to entertaining the community at different times of the year”. 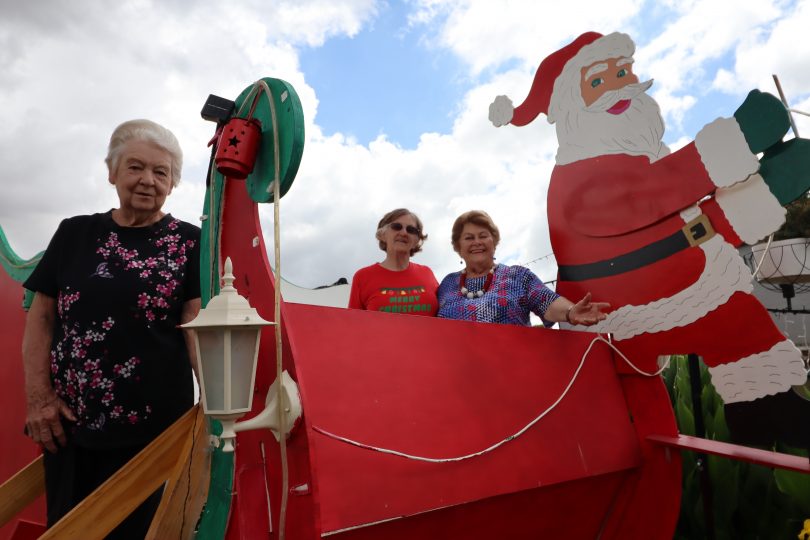 And for the retired farmer and cook, the display is all about giving back to the community.

“Bruce enjoys making it and we like to see the community enjoying it,” says Nancy. “There’s not much you can do for free these days and this is about us giving back to the community.”

The couple’s four children, seven grandchildren and four great-grandchildren also think the couple is onto something spectacular.

It began when Nancy opened her own kitchen in Yass in 2002 and started making displays for the windows. In fact, the nativity scene by their front door moved from the kitchen to the house when she shut up shop.

One day she had the idea that Bruce could cut out the displays she drew on the window and make them. The rest, as they say, is history.

Bruce keeps on building and the displays have outgrown their garage, which has been extended twice.

The dedicated couple put up 90 per cent of the display by themselves in half a day, but have to get the help of their children to assemble the giant sleigh and reindeer.

The public is more than welcome to see the display between 8:30 pm and 10 pm every day until New Year’s Day when the display comes down.