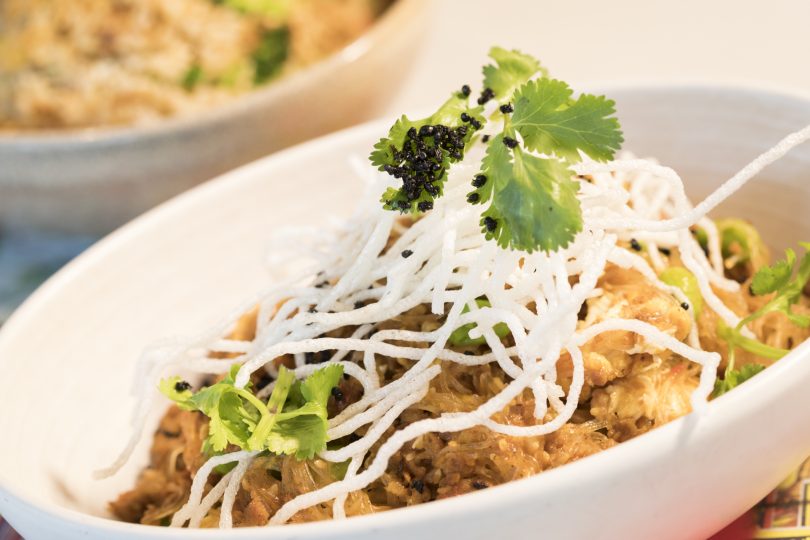 Would you like ants with your meal? Photo: Region Media.

Edible bugs may be all the rage in this age of alternative proteins, but it’s still a little disconcerting to find my coriander carpeted with ants.

They may not be scuttling about the foliage waiting to be caught and eaten in the manner of those that unwittingly found themselves on the menu at Danish restaurant Noma, but here they are – itty, bitty, black dots with legs, glaring at me from the garnish on my bowl of Sichuan noodles.

Or I suspect they would be had they not been fried to a crisp and crunchy state that adds welcome texture and a slight note of citrus.

The evocatively named “Tyrant ants climbing trees” is one of a series of dishes that have emerged from the kitchen at Natural Nine, a restaurant that’s unusual in many respects. 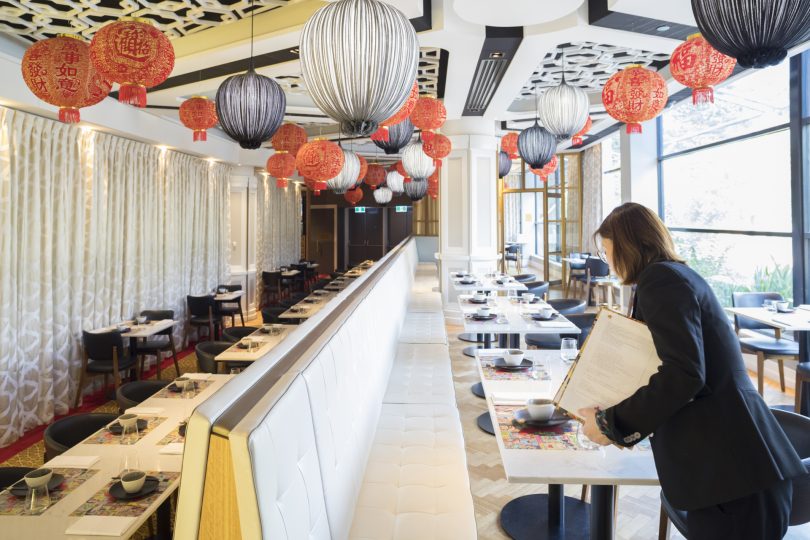 To get to Natural Nine, diners must meander down a walkway flanked by blackjack and poker tables, roulette wheels and Baccarat stations, the latter being the game from which the dining spot gets its name (a natural 9 is the winning hand in 007’s favourite card game).

Its location at the heart of Casino Canberra brings another point of difference – no under-18s are allowed in the restaurant; a revelation, perhaps, for those who long for a night out sans kids but who can’t seem to escape the sound of cutlery being banged on tables and jangling video games from neighbouring tables regardless of where they go.

“We are a bit different, but once people see the quality of the food, the service and the atmosphere they realise we’re the whole package,” says David Black, who joined Natural 9 three years ago as executive chef before being promoted to Casino Canberra Food and Beverage Director. 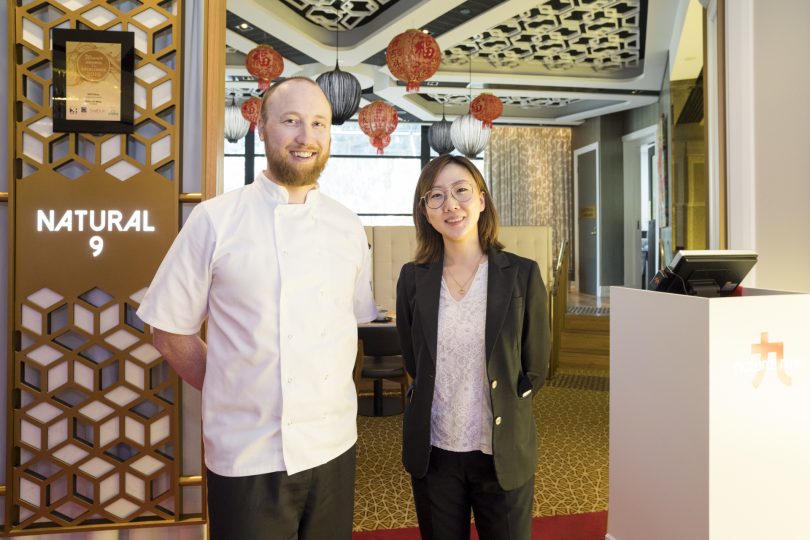 David, who previously owned acclaimed restaurant The Artisan in Narrabundah and Cream Café Bar in the city, works closely with current Head Chef Brad Newman (ex Grazings at Gundaroo) to tailor menus with regional Chinese flavours at their heart, infused with an Aussie twist. They are assisted by a seven-strong kitchen team comprising Chinese, Malay and Vietnamese chefs.

“We use a lot of native Australian ingredients – the flavours work really well in Chinese cooking,” David says. “The tyrant ants come from the east coast just outside Sydney and they add an earthiness and texture to a dish. We also use kangaroo, paperbark and other local flavours.”

A small metal box containing one of our starters, the five spice bean curd and fermented chilli sticky rice cigar, is delivered to our table. The lid is lifted and a puff of steam disappears into the air, revealing two paperbark-wrapped parcels. Inside the vibrant green casing is an unctuous and delicious blend of sticky rice, bean curd and spices, with a nice chilli kick. 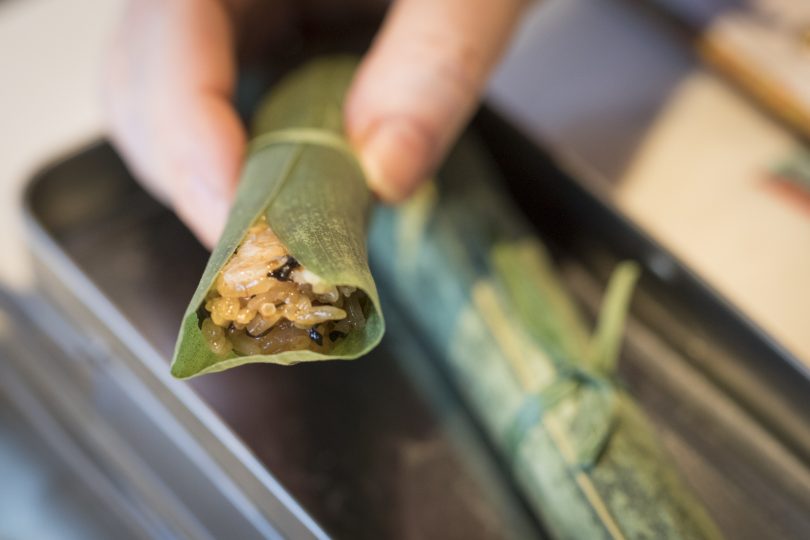 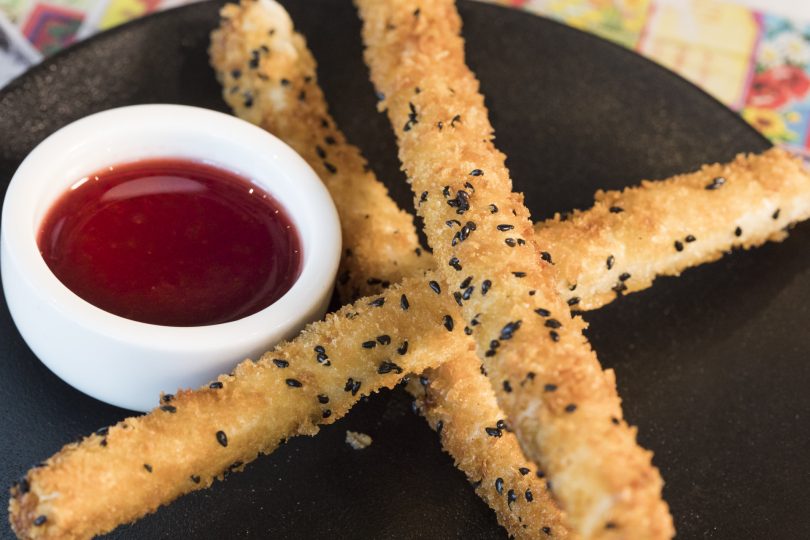 Pick of the mains is that ant-bedecked noodle dish – a bowl of perfectly cooked noodles with a nicely balanced chilli heat; also good is the beef flank and black bean with Chinese celery, topped with an egg encased in a fried noodle ‘nest’ which, once cracked, releases its yolk into the dish. 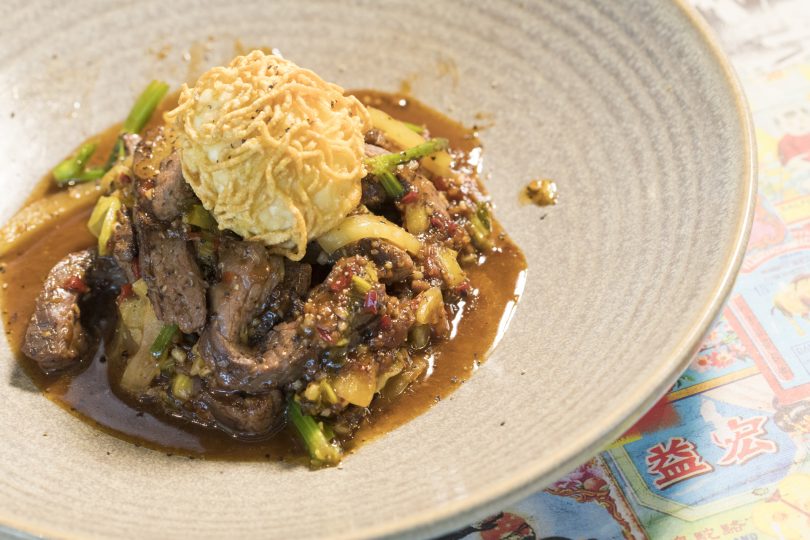 Add the market fish of the day steamed in paperbark (today it’s blue eye cod) and a serve of duck and broccoli fried rice with chicken floss, and a person could happily slip into a food coma, however a glance at the dessert list causes a last-minute surge of energy. 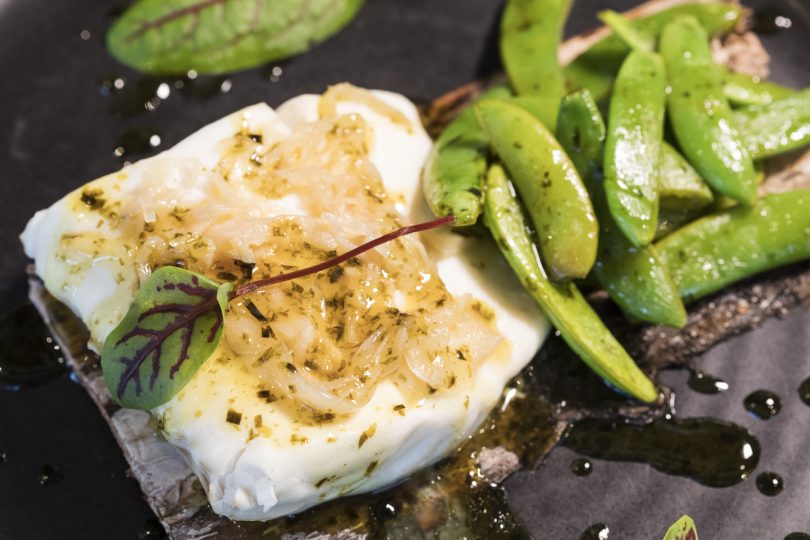 Ferrero Rocher steam bun, and a white chocolate chilli pudding with vanilla icecream and milk crumb? It would be rude not to. 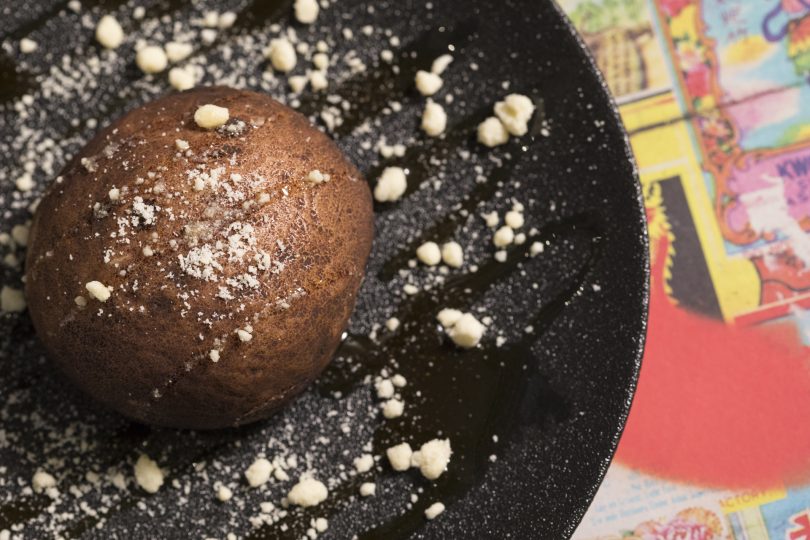 With its pretty, banquette-lined room with picture windows offering views of the leafy neighbourhood and modern Chinese lanterns adding a touch of colour, it’s easy to forget Natural Nine sits at the heart of the casino.

Add a kitchen team that’s willing to push the boundaries to deliver something out of the ordinary for diners and a fair few off-the-wall ingredients, and you’re on to a safe bet for a fun night out in the city.

If you’re no night owl, you’re still on a winner here. Natural Nine offers a daily “Pop Yum Cha” lunch menu (where you can sample those fab prawn toast spring rolls among others).

For more information and bookings visit their website at natural9.com.au or give them a call on 0455 333 119. 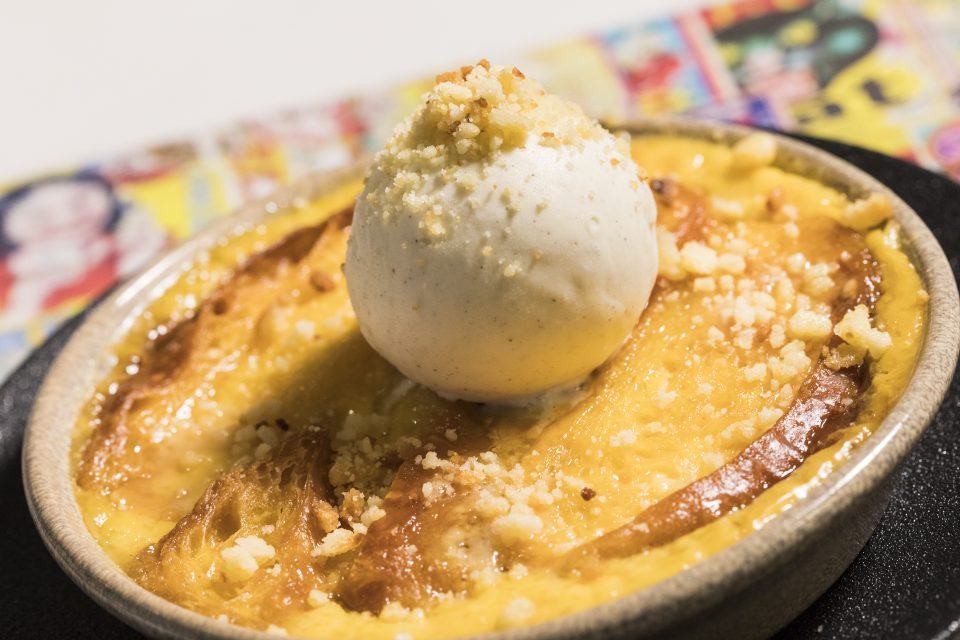 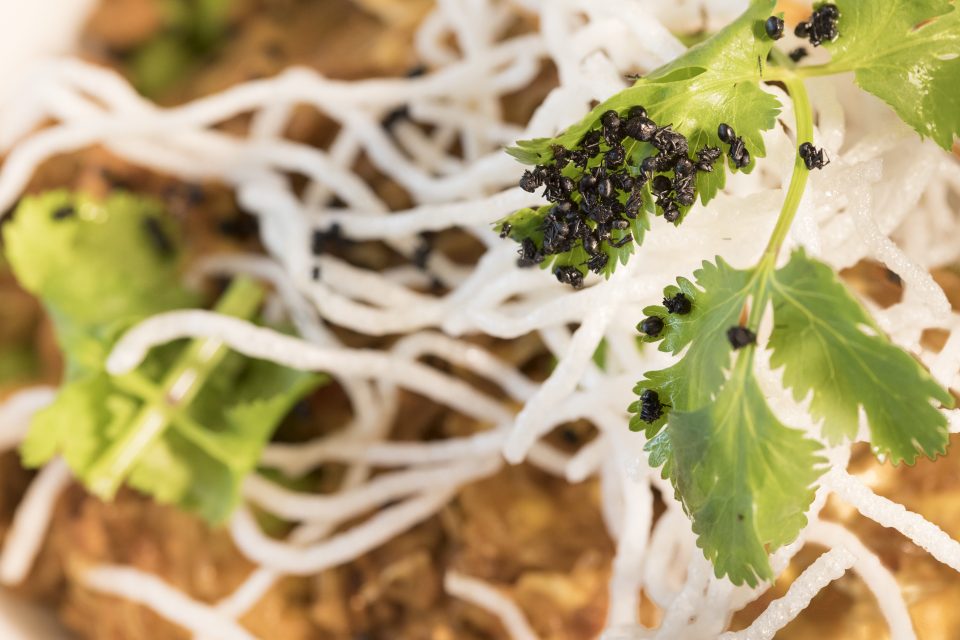 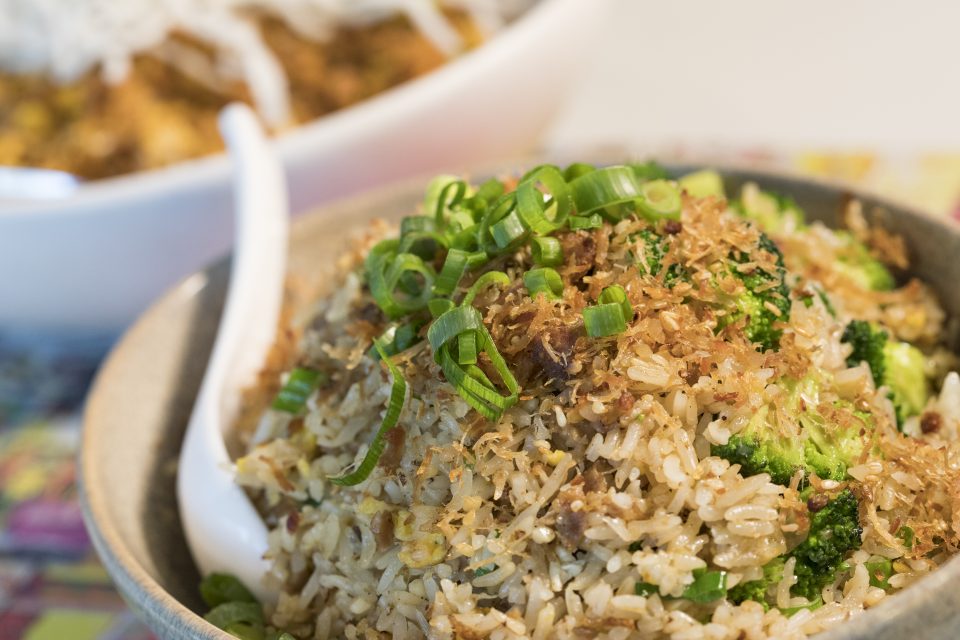 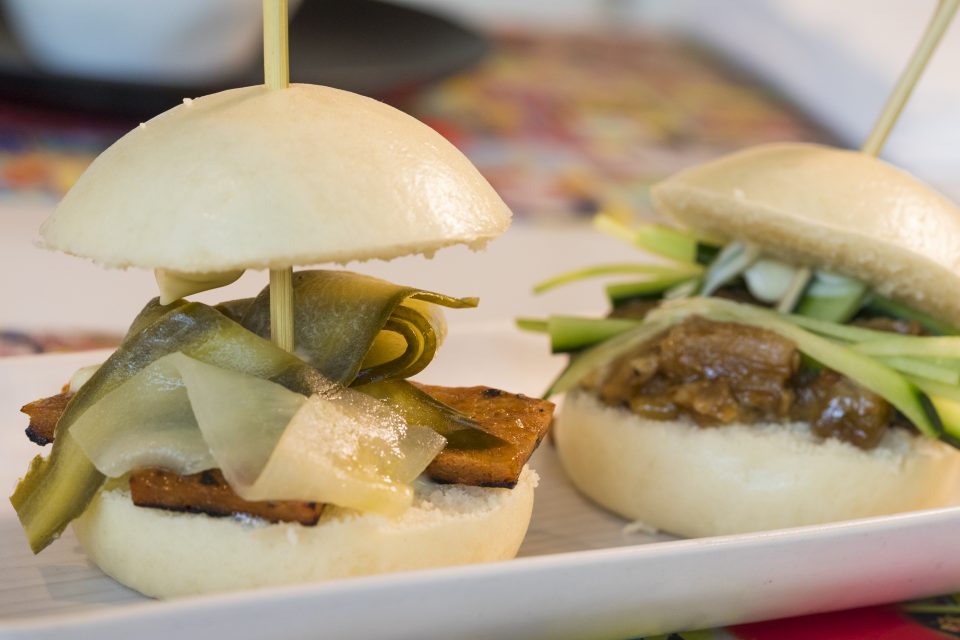 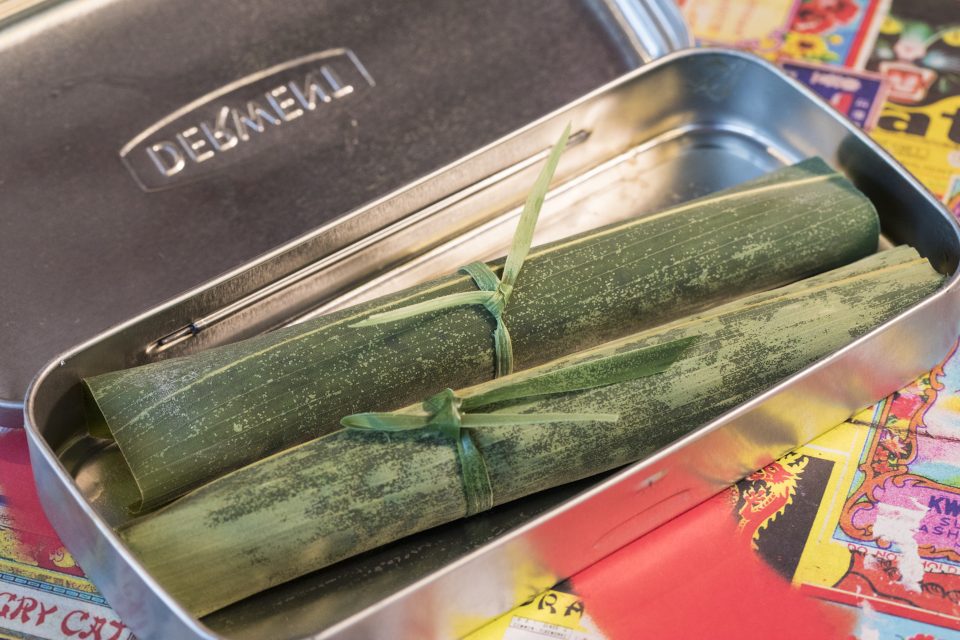 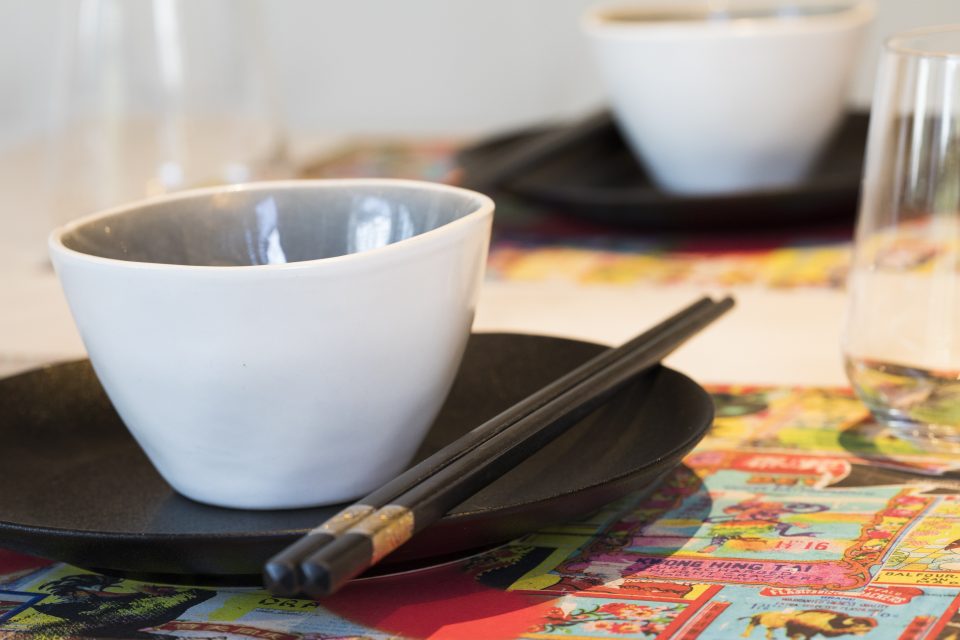 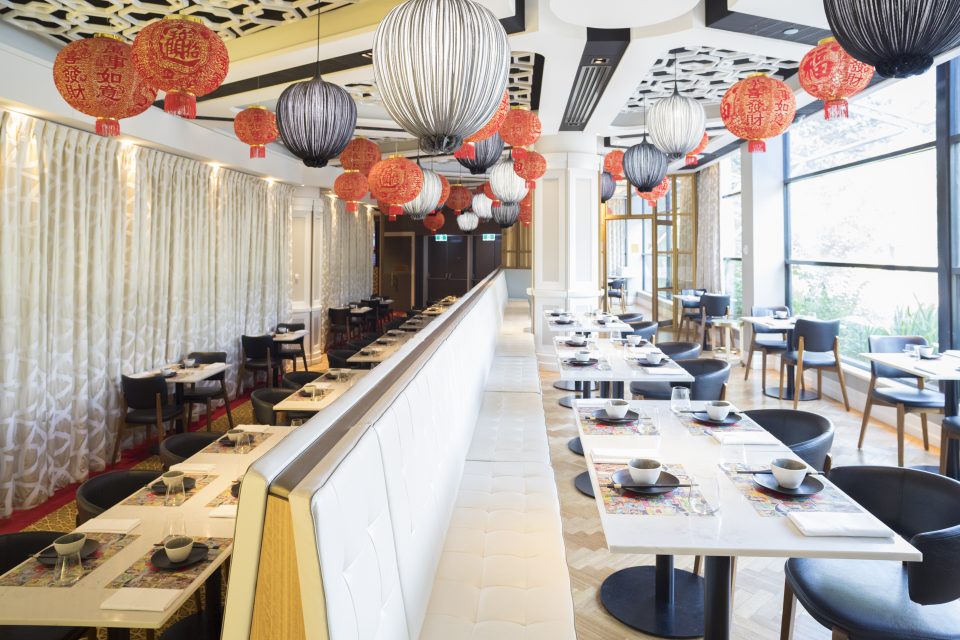 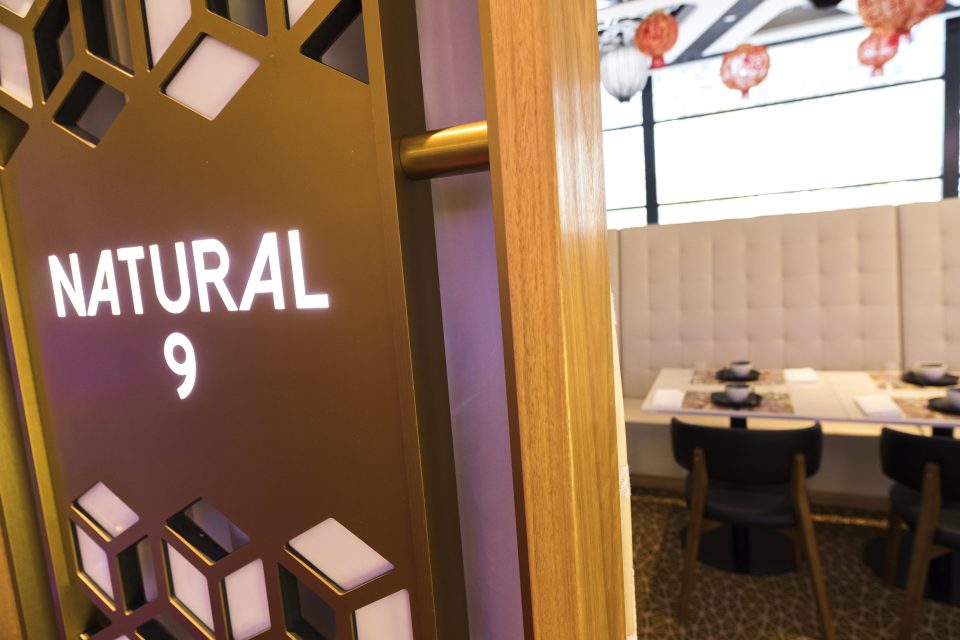 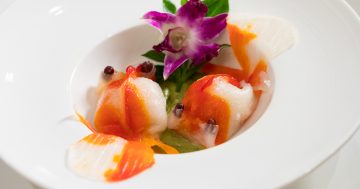