Two men had been arrested following an alleged serious assault where a young man was threatened with an ice pick and had his shoes and wallet stolen.

Police allege the 20-year-old victim had offered to help a man he thought looked lost at about midday on Saturday, 23 July.

It’s believed the alleged victim was assaulted by the man and two other people who had been hiding nearby.

Police said the man was assaulted “to the point of unconsciousness” and he was allegedly threatened with an ice pick before he blacked out.

During the searches, officers found clothes matching the description that had been provided by the alleged victim, along with stolen number plates and an ice pick.

Police said they also located other items believed to be stolen.

An AFP firearms detection dog was brought to the scene and found firearm parts, including shells, a barrel, a stock and an item believed to be a suppressor.

The 33-year-old man was charged with aggravated robbery, possession of stolen property and two counts of obtaining property by deception. He’s been remanded to next appear in court in October.

A 25-year-old man was charged with aggravated robbery and was granted bail by the court. 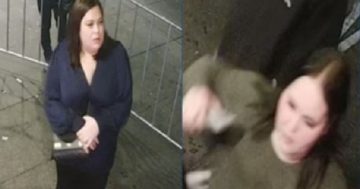