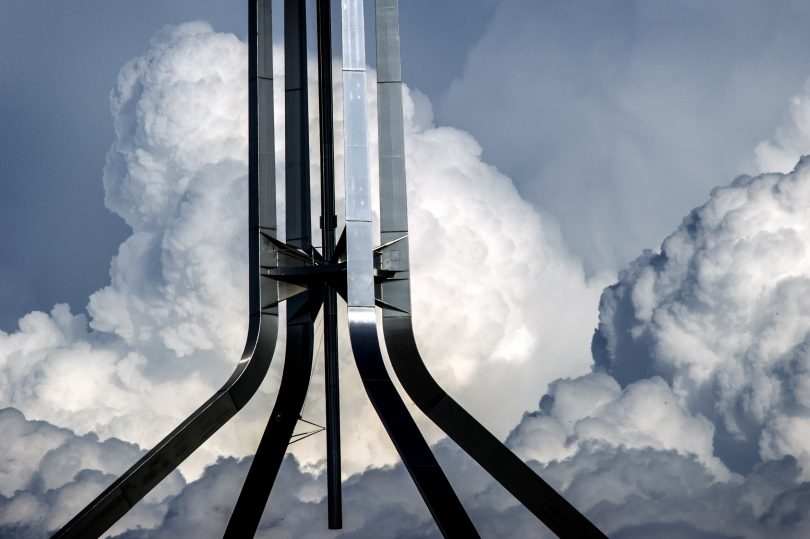 This week’s leadership tension within the Turnbull Government stands in stark contrast to the real-life pressures of fire and drought being faced by many families in South East NSW.

Perhaps speaking with some first-hand knowledge, Labor’s Mike Kelly, Federal Member for Eden-Monaro says the Liberal – National Government risks being distracted by self-interest and missing the job at hand.

“In recent days the Liberal/National Government has announced an extension of the Drought Communities Programme which has seen 60 councils identified as eligible for $1 million in support for local infrastructure projects and drought-relief activities,” Dr Kelly says.

“There are six councils within the boundaries of Eden-Monaro which take up 42 thousand square kilometers of drought-affected Southern NSW. None of these councils, not Queanbeyan-Palerang Regional Council, Yass Valley Council, Snowy Valleys Council, Snowy-Monaro Council, Bega Valley Shire Council or Eurobodalla Shire Council received any help from the Liberal/National Government under this program.

“Our councils and our community cannot understand why they have missed out. They’re all drought declared and they all have farmers doing it tough, so the Liberals and Nationals need to front up and explain why they have turned their back on our community.

‘I have written an urgent letter to the Minister on this matter and I am calling on the Government to stop their infighting for just a few minutes this week and revisit this decision.

“Our councils and our farmers need help, they should have been included as part of the Drought Communities Progamme extension,” Dr Kelly says. In response, Liberal Senator and Eden-Monaro local, Jim Molan says, “I know that plenty of areas in New South Wales are doing it tough.”

“That’s why I’ve had two meetings with Minister for Regional Development John McVeigh this week, to discuss how to help other areas not yet nominated by the Government.

“The land is tinder-dry, and the recent bushfires on the South Coast show just how bad it is even there.

“Meeting with Bega Valley Mayor Kristy McBain last weekend in Bemboka, I saw and heard just how challenging it is for communities which haven’t received assistance.

“Plenty of communities are doing it tough, and I’m fighting to get them help wherever I can.

In regard to this week’s leadership question in the party room, Senator Molan says he voted for Peter Dutton.

“The Prime Minister declared the leadership and deputy leadership of the Party vacant.

“In the subsequent ballot, Malcolm Turnbull defeated Peter Dutton by 48 votes to 35. I accept that result and will support the Prime Minister as we provide good government for each and every one of 25 million Australians.

“In keeping with my dedication to open and accountable government and representation, I want to declare that I voted for Peter Dutton in the contest and I owe it to the people of New South Wales to explain why.

“Whilst this government has achieved a great many things, the perception that we have moved too far to the left has resulted in many of our supporters leaving us for crossbench parties.

“We will not win those good people back by adopting policies that are closer to the Labor Party or the Greens.

“I believed that Peter Dutton was best placed to bring the party back to a genuine right of centre position.

“A Coalition Government can win the next election if we offer to the people of Australia a real choice between our policies and those of a Labor/Greens government,” Senator Molan says. Next door in the Moruya, Batemans Bay, Shoalhaven, Kiama seat of Gilmore, Liberal MP Ann Sudmalis won’t reveal whether she voted for Malcolm Turnbull or Peter Dutton in Tuesday’s leadership ballot but says the concerns of her constituents remain her priority.

“The drought is affecting many regions in Gilmore and I am continuing to work with, and advocate for, our local dairy farmers to raise awareness of the challenges they are facing,” Ms Sudmalis says.

“From the outset, I will make it clear that no-one knows how I voted other than me and that I will never comment on internal Party Room affairs.

“My focus remains on delivering for the Gilmore electorate.

“This has and always will be my priority and the Turnbull Government has demonstrated this commitment through local projects including the Kiama Aged Care of Excellence and the Dunn Lewis Centre in Ulladulla.

“Jobs creation is critical, and through the $20 million Regional Jobs Investment Package we have created 1000 jobs in the region, in addition to the new Local Employment Initiative Fund and Employment Facilitators in Gilmore.

“With more than $240 million already delivered for road upgrades across all three local government areas, I will continue to fight for more funding and safer roads,” Ms Sudmalis says. It’s pretty simple, if Turnbull stays PM, Labour wins the next election and Australia can’t afford three minutes of Labour let alone three years. Time Turnbull sucks in his pride and actually does the RIGHT thing for all Australians!

Ganesh Suppiah - 41 seconds ago
3 day workweek please! View
Helmut Bold - 34 minutes ago
Geoff Lutnant I’ve been trying but it hasn’t worked! View
Futureproof - 37 minutes ago
Work a four day week, get paid for a four day week. If living costs don't bother you, then go for it... View
Property 1

John Moulis - 18 minutes ago
Those of us with long enough memory can remember in 1981 before self-government, how the Liberal Minister for the Capital Ter... View
Breaking 1

Futureproof - 18 minutes ago
I haven't been vaccinated. I want Pfizer but get told too bad so sad, get AZ. No, I want a choice and it ain't AZ... View
Breaking 2

Futureproof - 21 minutes ago
Perhaps the stolen jeep got caught on camera by a fixed revenue raiser. Oh that's right, average Joe with a registration gets... View
News 5

JessP - 24 minutes ago
Its Saturday 19 June and just like magic the Choose CBR funding os $2 million is fully used. So what did this achieve really?... View
Joe Smith - 1 hour ago
This was so dodgy. If you saw what happened in Dickson, our hard earned tax payer money being used by most likely non tax pay... View
Adrienne Yeo - 4 hours ago
Did I read correctly ? $390,000 redeemed even before the website went online ? Something fishy/untoward is happening. If not,... View
Opinion 2

Futureproof - 25 minutes ago
I went to a public school, what a shambles. Sent my son to a private school, and it was the best thing that I could have ever... View
Opinion 34

chewy14 - 1 hour ago
Stephen, And yet you can provide no evidence of your claims of what most Australians think. In fact the only true assessment... View
David Stephens - 6 hours ago
In the Heritage Guardians submission to the recent NCA consultation process, we said this about how the Memorial consults: "N... View
Stephen Saunders - 7 hours ago
Mr Anderson, it is laughable to quote a skewed “survey” of punters already visiting AWM. Ms Barnes, as ever, a puppet. Ga... View
Property 13

Jon Rooks - 1 hour ago
I'm glad Belconnen is being further developed as a community hub. My main concern are the single lane 'spokes' (like Bindubi)... View
News 7

@The_RiotACT @The_RiotACT
Discover what Kent Nhan from XO and ILY loves about #Canberra dining and what's in his own pantry https://t.co/RtSwUJSBZF (2 hours ago)