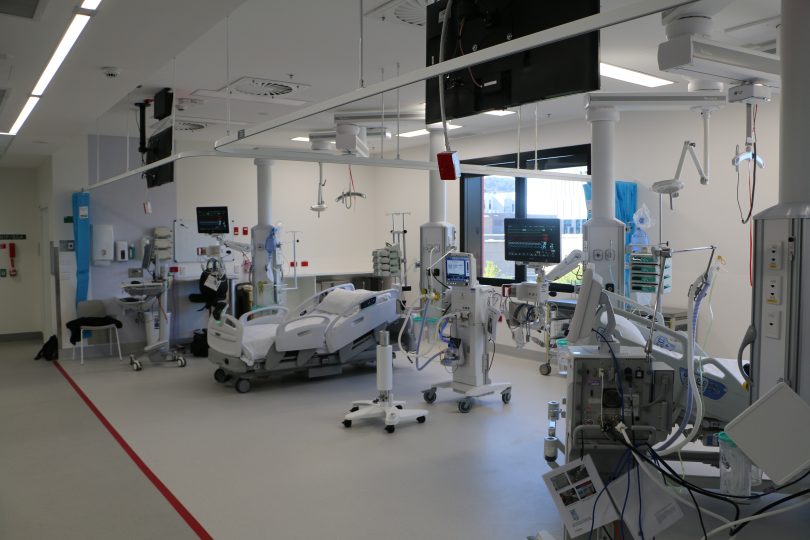 Eight more beds have been added to the Canberra Hospital Intensive Care Unit (ICU) following a $13.5 million funding injection from the Commonwealth Government.

The extra beds bring the total number of physical ICU beds to 39.

An additional 40 full-time staff positions will also be funded by the ACT Government after it made a $28 million 2021-2022 Budget commitment to operationalise four more beds in a staged way between 2023 and 2024.

ACT Minister for Health Rachel Stephen-Smith said the ACT must be prepared for increased demand on its ICU given the Territory and southern NSW are both home to a growing and ageing population.

Canberra Hospital is also the major tertiary hospital for the southern region of NSW.

“The COVID-19 pandemic has shown just how important it is to have surge intensive care capacity in the Territory’s health system,” she said. 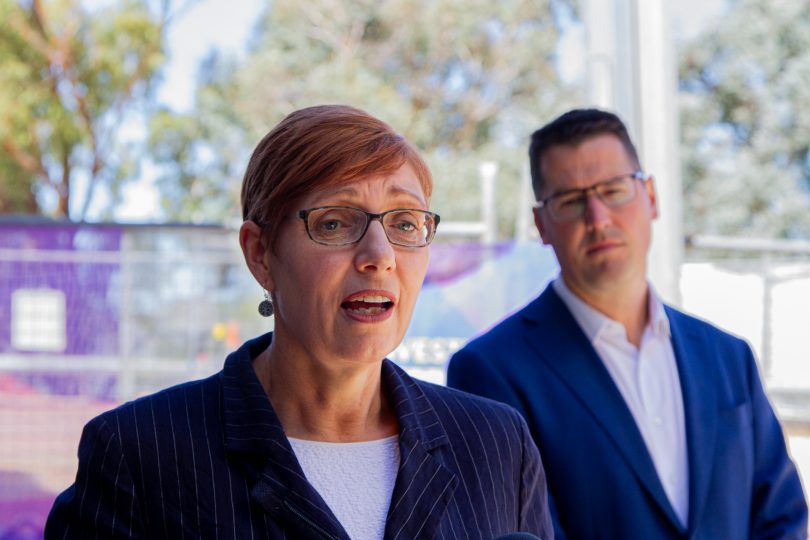 The new beds also provide more negative pressure spaces which allow for a separation between infectious and non-infectious patients.

“The ICU expansion is part of our plan for a public health system that delivers the care Canberrans need, when and where they need it,” Ms Stephen-Smith said.

Senator for the ACT Zed Seselja said the expansion will provide additional care places for the sickest and most critical patients in need of high-level care across the region.

“The ICU at Canberra Hospital treats around 2200 patients annually, and the completion of this expansion will mean more patients can receive the critical care they need, close to their family and loved ones,” Mr Seselja said.

Once delivered, the Canberra Hospital Expansion will provide a 60-bed intensive care unit.

The project, which was promised at the 2016 election by Labor, has long been plagued by delays. It was initially intended to be delivered in 2022, but its completion date has now been pushed back to 2024.

Planning Minister Mick Gentleman called in the $600 million project – ostensibly to keep it on schedule – although he was unable to say how much time his intervention would save last year.

At the time he said that it was “important for the Canberra community that this project goes ahead in a timely manner”.

Earlier this month, Ms Stephen-Smith celebrated the installation of the first of two cranes at the construction site of the critical services building as a symbol of the “work that lies ahead and of the massive effort” it had taken to get to this point.

Work began to increase the capacity of the ICU in 2020 as the first wave of COVID-19 infections hit Australia.

At one point, the ACT Government set a target of more than tripling its number of intensive care beds from about 50 to 170.

The new beds will mean it’s easier for the hospital to surge the number of beds if there is a greater demand.

In its last Budget, the government also committed $39 million to add 1920 hours of emergency surgery theatre hours per year and eight additional surgical beds at the hospital.

They need staff to look after these extra beds!

Seems the federal government is spending a lot of money… election coming up?

Just in time for all the Covid cases…

Hope they can staff it 😢

Rachel Stephen-Smith MLA – shouldn’t you be saying thanks to the liberal commonwealth gov ?
I’d think so ….

James Andric could of copped a cullinan

Alexandra Quinton. I’ve been there

Does Canberra Hospital have a “virtual” service? I came down with a mild case of COVID-19 while in Sydney recently, & found RPA Virtual Hospital very reassuring. They assessed my condition by phone & sent me a Oximeter. The same could be of use for people in Canberra with preexisting conditions during the flu season. https://blog.tomw.net.au/2022/03/virtual-hospital-provides-real-help.html

Interestingly the Federal Liberal Government give the ACT funding because of Senator Seselja. When Labor is in Federal Government they give Canberra nought. What have the Labor representatives in the Federal Parliament given Canberra. Leigh writes books, the others do nothing. Furthermore perhaps more funding could be given to GPs who may be able to assist people before there is a need for them to be hospitalised. GPs can prevent many health issues before they become a real problem.

Maybe you would like to provide a few figures on how successful Zed has been with additional funding in the ACT Ray Zac! Zed is invisible as an ACT representative but doesn’t mind interfering in its laws when they don’t suit him, particularly drug and assisted dying laws. The federal government currently contributes 45% to Canberra’s hospital funding. They refuse to budge on providing any additional funding for the ongoing Covid crisis. Despite this the ACT government has committed to spending over $90 million in its latest budget to continue its Covid response with the Canberra Liberals voting against it.

Since when was our health system preventative? If so we should be taxing junk food, raising the Medicare levy for people over a certain BMI, surcharges for weight on flights, etc.