Eight things to do around Canberra this weekend (16-18 September) 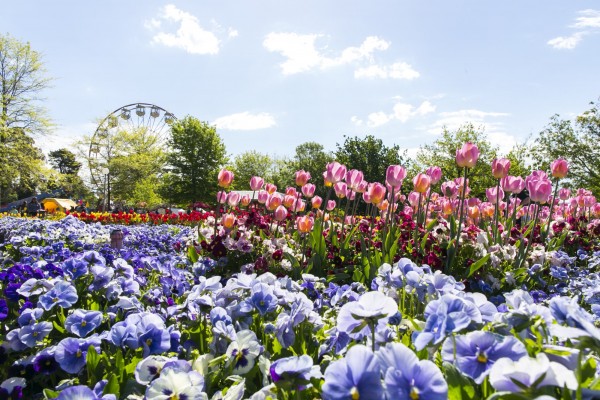 Spring is officially here with the beginning of Floriade, and there is much to be done around town all weekend with circus acts, cycling events and a second home semi-finals game for The Raiders.

Floriade
When: 9am-5:30pm Sat and Sun | Where: Commonwealth Park, Regatta Place, Parkes
You know it’s spring when Floriade begins, and this year the event is going back to basics with a stunning showcase of garden beds demonstrating full colour, pattern and movement. There’s over 100 species of tulips on display, in arrangements such as Surf’s Up, Rise and Shine, Floral Focus, Spectrum Spill and Let’s Play. The opening weekend is packed with things to do and see including: Horti-Couture at the Emporium, an obstacle course in the Kids’ Corner, Bedazzled Bellydance, Dr Rubes Imaginarium in the The Parlour, the Canberra City Band on Stage 88, a bushfood introduction with Clayton Donovan and loads more. Entry is free.

Breakfast with the Birds
When: 7:45am Sat and Sun | Where: Australian National Botanic Gardens, Clunies Ross Street, Acton
Also running throughout Floriade season is Breakfast with the Birds at the National Botanic Gardens. It starts with an early walk and guided expedition to help you spot and learn about the diverse bird life that live in and around the Gardens. Afterwards you’ll be treated to a delicious breakfast at Floresco in the Gardens café. Tickets from $32 and please bring your binoculars. This walk is not suitable for children under eight years old.

Fresh Glass
When: 10am-4pm Sat and Sun | Where: Canberra Glassworks, 11 Wentworth Avenue, Kingston
Also drawing inspiration from Floriade’s opening weekend is this special botanical installation at Canberra Glassworks. Artists such as Benjamin Edols, Kathy Elliott, Jonathon Westacott, Lady Larissa, and Nature Child Botanical Designs have collaborated across media to elaborate on one of the most functional forms of glass. There will be an insightful gallery floor talk at 2pm on Saturday. Entry by donation. 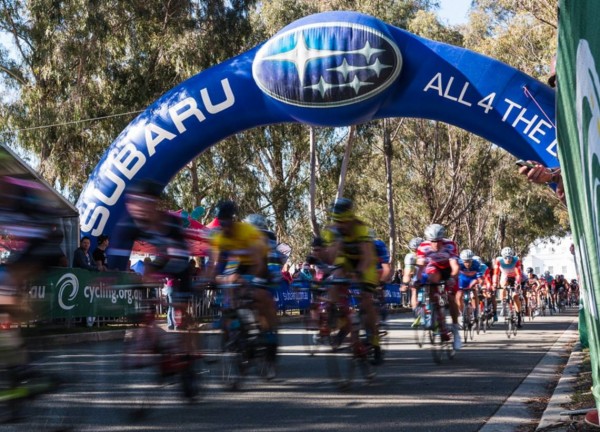 National Capital Tour 2016
When: Fri to Sun | Where: Various locations across Canberra
The National Capital Tour is the ACT’s premier cycling event. Some of the nation’s best cycling talent will converge on the capital to take part in the National Road Series (NRS) and Open Race events. The NRS will be held from Friday to Sunday and includes four stages: individual time trial, road race, kermesse and a criterium. The Open Races will be held on Saturday and Sunday, made up of four grades racing in three stages. Detailed information about locations and times can be found on their website.

The Embroiderers’ Guild ACT-2016 Exhibition
When: 10am-4pm Fri to Sun | Where: Albert Hall, Commonwealth Avenue, Yarralumla
The annual Embroiderers’ Guild ACT exhibition features inspiring creations of embroidery influenced by Australian lifestyle, landscape, flora and fauna. There will be a presentation by Victoria Pearce, Director of Endangered Heritage in Phillip, on Saturday at 2pm and a fun hands-on demonstration area. There will also be raffles, prizes, snacks and coffee. Entry is from $8.

Friday
Circa: Carnival of the Animals
When: 7pm Fri | Where: Canberra Theatre Centre, London Circuit, Civic Square
Following wildly successful tours of Sydney and Melbourne, Montreal and New York, the Carnival of the Animals offers a fun circus experience for the whole family. With whimsical tales of creatures of land and sea, these clowning acrobats tumble, fly, leap and spin their way through the many wondrous worlds of the animal kingdom. Shows also on Saturday. 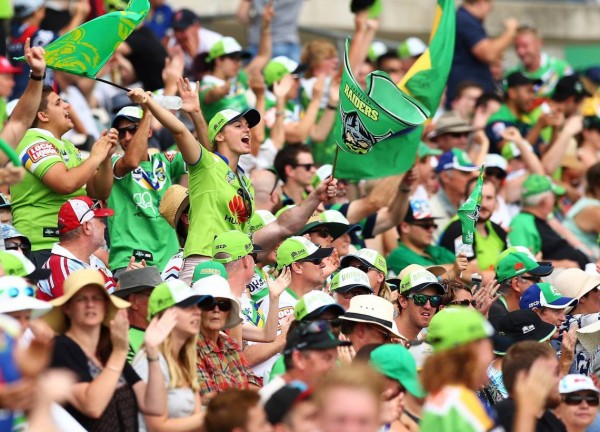 Saturday
2016 NRL Semi-Final: Canberra Raiders vs Panthers
When: 5:35pm Sat | Where: GIO Stadium Canberra, 21 Battye Street, Bruce
Raiders fans will be treated to another finals match in Canberra with Canberra and the Panthers playing off against each other on Saturday night at GIO Stadium. This is the end of the second week of finals, and The Raiders are hungry after last week’s loss to the Sharks. The match will tell us who will continue their journey towards premiership victory, and whose season will come to an end.

The Wharf Revue
When: 2pm and 8pm Sat | Where: The Playhouse, London Circuit, Civic Square
Offering an evening of political satire is The Wharf Revue featuring performers Jonathan Biggins, Drew Forsythe and pianist Phillip Scott. The show includes a wonderful array of song and dance, and a hilarious take on recent Australian, British and American political events. Tickets from Canberra Theatre Centre.

The Lifeline Bookfair is also on this weekend at Thoroughbred Park (not EPIC, as normal).

German Auto Display is on this Sunday from 9-3 in the car park near the Treasury Building.

Plus the fabulous Party at the Shops at Ainslie this Saturday – out the back this year. Very funky and yummy food. What could be more fun?

Roberto Taglienti - 2 hours ago
Looking at the state of the ACT nature strip's and parks I reckon most people are hoping they'd work a 5 day week!!! View
News 22

chewy14 - 6 hours ago
Phydeaux, Was that meant to be a reply to me? My comment directly references the point you made, explaining why recovery prov... View
I am a Rabbit™ - 6 hours ago
The Government went out of their way to exclude payments for Universities which are privately run, but for some reason they c... View
chewy14 - 10 hours ago
Phydeaux, Because a large proportion of the people receiving Jobkeeper weren't physically working during the acute phase of t... View
News 26