Eight things to do around Canberra this weekend (2-4 June) 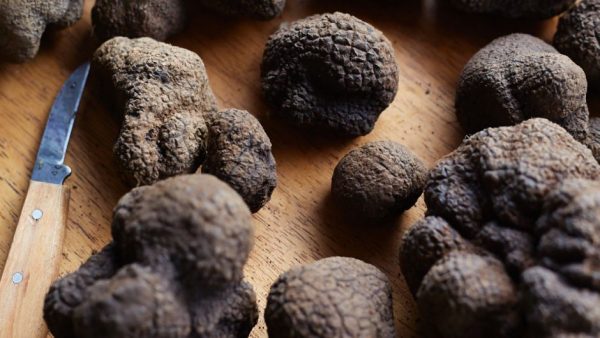 It is National Reconciliation Week and there are plenty of events on to commemorate the fiftieth anniversary of the 1967 Referendum. Highlights include Dr Anita Heiss at the Albert Hall, Christine Anu at Arc Cinema, and Rod Little and Dr Susan Gordon in conversation with Paul Barclay at the National Archives. The cold mornings this week signal the arrival of winter, and that means the Truffle Festival is on again, giving you plenty of opportunities to indulge in this aromatic delicacy. If you’re interested in design, Hotel Hotel is showing a film it commissioned to celebrate Canberra’s Brutalist architecture, and TEDxCanberra is hosting an intimate Salon event that will discuss designing for the future.

Truffle Festival
Where: Various venues
When: June – August
In its ninth year, the Truffle Festival kicks off again this weekend. During the Festival there will be more than 250 events providing opportunities to sample this delicacy. Try a truffle dish at a local restaurant or cafe, join a hunt and watch how the specially trained dogs unearth truffles, go to a cooking class or demonstration, or go to your local market to pick up some truffles. This is the largest festival of its kind in Australia. Visit the Festival’s website for more information.

Referendum, reconciliation and recognition: 1967 and beyond
Where: Albert Hall, Yarralumla
When: 6:30 pm
To commemorate the 1967 Referendum, the ACT’s Government’s Transport Canberra, City Services Directorate and Libraries ACT have invited Dr Anita Heiss, an Indigenous an author, academic and social commentator, to give a talk. Dr Heiss has written non-fiction, historical fiction, chick lit, poetry, social commentary and even travel articles. She is a Lifetime Ambassador of the Indigenous Literacy Foundation, an Advocate for the National Centre of Indigenous Excellence, and an Ambassador of Worowa Aboriginal College. She is also an Adjunct Professor with Jumbunna Indigenous House of Learning, at the University of Technology Sydney.

In Conversation with Christine Anu
Where: Arc Cinema, National Film and Sound Archive
When: 7:15 – 9 pm, bar open from 6 pm
Enjoy a night of music, memories and conversation with Christine Anu. Christine will discuss her career, life and work as an advocate for diversity and inclusion in the community, as well as the importance of Indigenous languages in cultural identity. She will also perform acoustic versions of a couple of her songs.

Brutti ma Buoni
Where: Nishi Gallery
When: 6:30 pm
Brutti ma Buoni is a short film which celebrates Canberra’s concrete-heavy brutalist architecture. Hotel Hotel commissioned directors Coco & Maximilian and U-P to make the film, and also Speak Percussion to write the accompanying music score. The film will show exteriors and interiors of the Llewellyn Hall, National Gallery of Australia, National Carillon, High Court of Australia, University of Canberra Village, and Black Mountain Library. Before and after the performance, Monster kitchen and bar will be running a cash bar and serving up Brutalist-inspired drinks. And after the performance, Australian composer and sound designer Tilman Robinson will play a vinyl set of 20th century art music, modern minimalism and experimental music that will reflect the stark and modular nature of brutalist architecture. It is a free event, register your interest here.

TEDxCanberraSalon: Designing the Future
Where: The Shine Dome, 15 Gordon Street, Acton
When: 12:30 – 5:30 pm
TEDxCanberraSalons are intimate spinoffs of the annual TEDxCanberra Conference. The theme of this Salon is Designing The Future and will feature four speakers:

These speakers will explore issues such as designing the future, designing the future we want, and the consequences of the design decisions we make today. Whether we’re doing it intentionally or not, design shapes the future of our cities and our communities. Participants will have the opportunity to get involved in discussions with the speakers and other special guests, and watch some of the best TEDx talks about design. Tickets are $50 and you can get them here.

Twenty-five and fifty on: the Mabo decision and the 1967 referendum
Where: National Archives of Australia
When: 2 – 3:30 pm
Not only is it fifty years since the 1967 referendum, it is also twenty-five years since the Mabo decision. To commemorate both these anniversaries, the National Archives of Australia is hosting a conversation between Rod Little, Co-Chair of the National Congress of Australia’s First Peoples, Dr Susan Gordon, Western Australia’s first Indigenous magistrate, and Paul Barclay from ABC Radio National about the progress of Indigenous rights since these significant events. 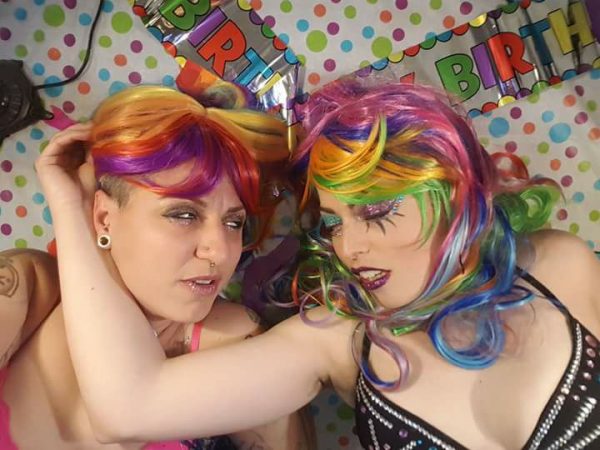 KREWDBits Birthday Bash
Where: Smiths Alternative
When: 7 pm – 12 am
If you’re looking for something different, KREWDBits are taking over Smith’s Alternative this Saturday night. They’re putting on two shows and a dance show. The first show (7 – 9 pm) is the PG version, it will be hosted by Jazida and will feature People I Love, Sean Smeaton, Signs and Symbols and Dethroned Dullness. The second show (from 9:30 pm) is the adults-only version and will feature the talented Bambi Valentine as well as Sweaty Pits (Milf Camp), Ink Bits and Tiger Lily. After the second show, hang around for a dance party with Dead DJ Joke. This birthday bash comes a content warning, there will be nudity, adult themes, sexual imagery, bad language, feminism, in-jokes, and extreme talent.

Thereabouts film screening
Where: National Museum of Australia
When: 11 am
As part of its Freewheeling exhibition, the museum is showing the film Thereabouts. It’s a film about the journey brothers Angus and Lachlan Morton made by bike, from Port Macquarie to Uluru over 12 days. It’s about pushing yourself not to win, but just because you can. A free event, book your ticket here, but note, the 1:30 pm showing of this film has already booked out.

Ian Gay - 9 hours ago
Jennifer Crawford we are everywhere! Join us! :-) View
Geoff Briggs - 10 hours ago
So when's the exception come into force when riding a motorcycle? How do two tied laws work for people in one country? View
pete056097 - 12 hours ago
There is arguments for and against bicycle helmets. Wearing a helmet should be a personal choice. https://crag.asn.au/the-myt... View
News 21

Eight things to do around Canberra this weekend (22–24 June)