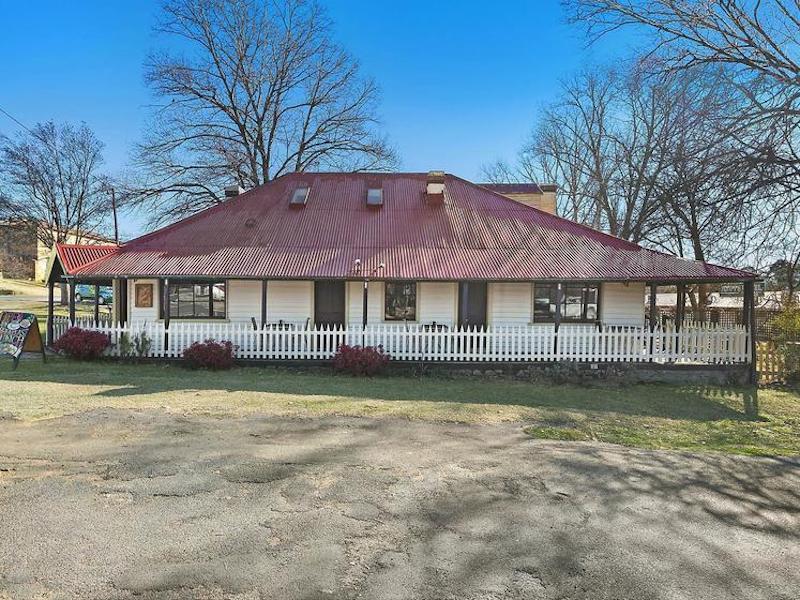 202 Wallace Street has been a 60-seat licensed restaurant since the 1980s. Photos: Kelly Sturgiss.

Wandering around a cow paddock in her dressing gown on the Isle of Wight, Jane Norris is reminiscing on her restaurant adventure in Braidwood. Running on her British sense of humour and her mum’s favourite recipes, Jane developed a strong following from the former private residence, built in the 1860s under a broad, corrugated-iron red roof which today greets Canberrans arriving in Braidwood en-route to the South Coast. Jane has returned to the United Kingdom and is selling her business, which she says is the only fully-licensed restaurant in Braidwood.

“The locals who dined there in the past month have all expressed a strong desire to retain it as such and for it not to be converted back to a private residence. Consequently, I feel anyone who wants to take over the restaurant baton would get overwhelming support,” she said.

The Torpy family were original inhabitants. In more recent years it has been a French restaurant, and a micro-brewery as well as a restaurant.

London-born, Jane worked as a wedding event co-ordinator and catering manager before coming to Australia for 18 years, mostly in Sydney. She spent 12 months running a bistro in the Commercial Hotel in Braidwood and in 2012 took over Torpys with her boyfriend. She says the current name, TorPeas, is the phonetic pronunciation and a bit of fun at her ability to misspell words on the menu

“You could describe me as fairly adventurous,” she says. “Years ago, I started a café in Redfern, Sydney and I’ve moved a lot between Australia and England. I’ve done lots of travel on motorbikes, having a year in the Commercial Hotel bistro gave us the confidence to try to push the boat out and start the restaurant. I had my suppliers sorted; the local butcher, a chap called Michael Clarke, I always used him; local producers of fruit and veg where practical. We stocked wine from the Half Moon Winery, eggs from Mulloon Creek Farm,” she said. 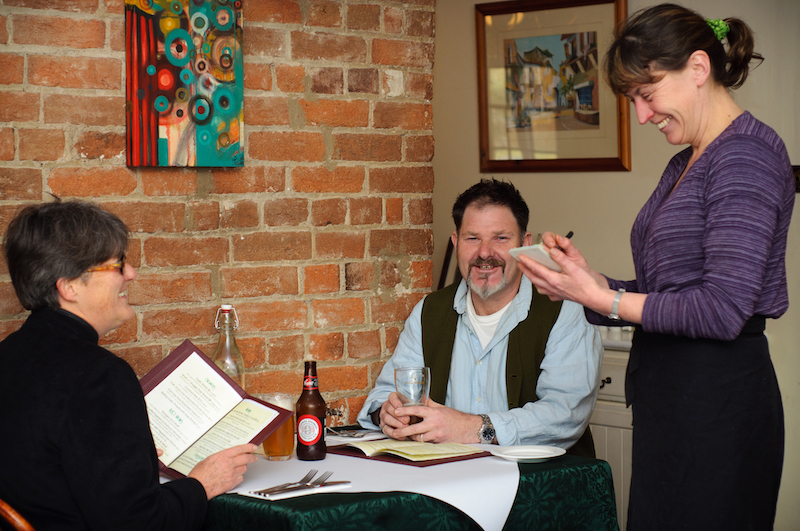 Being English, heritage-listed Braidwood, with its distinctive four seasons appealed to her and she felt the rustic town and weather suited her style of food. The traditional cuisine is equally suited to Australia – roast dinners, pies, stews, soups and puddings.

“It wasn’t massive. We would get up to 60 or 70 covers [customers] on a busy night, with four or five staff doing front and back of house. I had a couple of weddings there, and off-site wedding catering as well. The mainstay was summer weekends. We traded seven days a week,” she says.

An estimated three million cars and trucks pass through Braidwood annually yet the winters were not so busy. The relaxing pace made it ideal for the romance of sitting in front of fireplaces.

“I love Braidwood and we had great support from the local community,” Jane said. She always enjoyed hosting Christmas in July, because it felt like home. “Let’s face it, Christmas in Australia is just so wrong. You don’t go to the beach, eat prawns and pull crackers, that’s not how Christmas is,” she shrieks with a laugh.

On Friday and Saturday evenings an influx of Canberrans arrived on their way to the coast. One keen diner drove all the way from Sydney for lunch and went straight back home again. He just liked to drive.

The front bar was her favourite place when people came in for a drink.

“It attracted a demographic who were not interested in the pubs, a more mature crowd, the sort of space a single lady in her 50s was comfortable to come on her own without that pub culture. Not saying anything is wrong with the pub culture, beer drinkers, I’ve been there myself,” she says.

Listed for sale at between $400,000 and $440,000 with Michael Fay, McGrath Estate Agents, Dickson, 202 Wallace Street has been a 60-seat licensed restaurant since the 1980s. It has a fully operational commercial kitchen and accommodation upstairs for a live-in owner.

Julie Macklin - 33 minutes ago
Unfortunately I would have to keep my petrol car too, as electric cars can't go where I want to drive. Good for urban areas,... View
Brent Hutch - 43 minutes ago
Even 200,000 cars at a discounted price of 40k per car, will be 8billion. Obviously this number will increase as more cars ar... View
Gloria Altinger - 55 minutes ago
Brent Hutch 12km for 675M.. 85 klm North to south... hmm ok so maybe at least a 100K 50k Electric cars to the roughly 260k re... View
ACT Election 21

Surgeon’s passion for nature set in stone near Braidwood

Rolling the dice for Braidwood Hospital, Monopoly fundraiser a hit