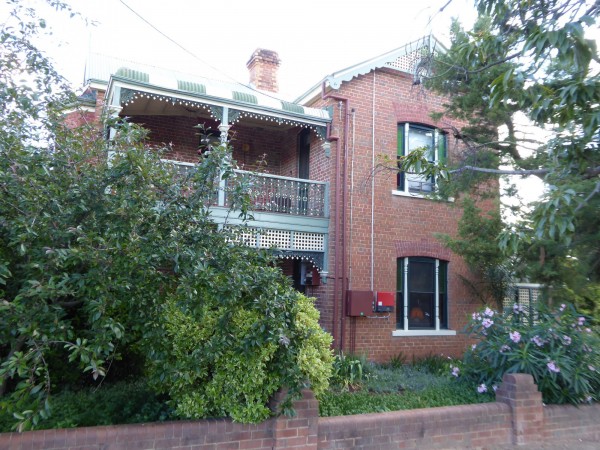 Another picturesque and community minded town in the Central West of NSW and only about 2 ½ hour’s drive from Canberra is Grenfell, 50km west of Cowra.

Poet Henry Lawson was born there in 1867 (his name is an Anglicised version of his father’s Norwegian name Larsen) and there is a small bust of him set in a glass display case between two of the lovely historic buildings that line Main St. You can listen to some of his poetry at the push of a button.

The main street of Grenfell stretches up a short hill and contains the usual mix of hotels (the Railway Hotel and Royal Albion are impressive), historic old bank buildings, boutiques and even a supermarket. The adjacent narrow George St which suffered a fire many years ago still has a Salvation Army Citadel and Band Hall.

Two shops worth visiting are Jan Parlett’s Country Experience in the renovated Exchange Hotel, an eclectic collection of items from around the world – quite unlike anything I have ever seen before.

Across the road Raffia & Co became famous when milliner Lisa Schaefer (a local from a nearby farm) designed the hats worn by local girl Emily Hunter when she won Fashions on the Field at the Melbourne Cup carnival in 2015. Her mother made all her dresses. Lisa has now turned her upstairs workroom into a terrific exhibit of the all the outfits (including shoes) Emily wore during the following year as ambassador for the 2016 carnival. 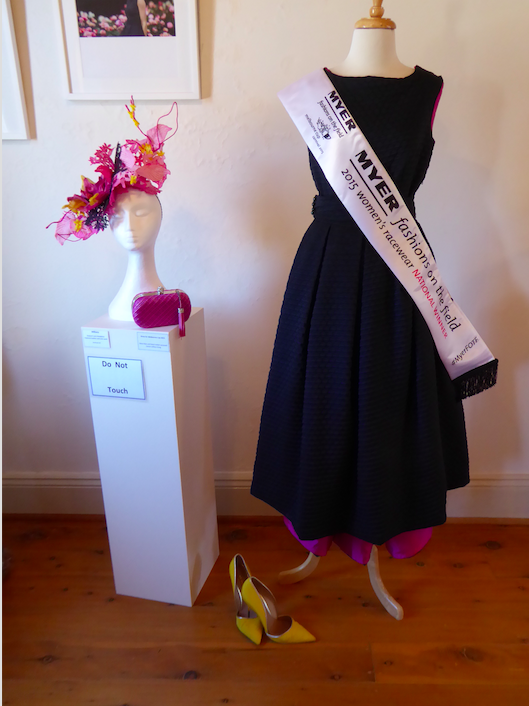 I stayed at Grenfell Hall, a historic (c1907) Victorian residence meticulously restored by owner ex-diplomat Warwick Crampton (pictured above). One of its iterations was as a convent and the old chapel is now a luxurious guest room– I had never slept in a chapel before. There are two other guest bedrooms and those and the sitting/dining rooms are full of period furnishings many collected during his postings.

About 18km from Grenfell Weddin Mountains National Park is an island of bushland in a sea of agriculture rich in wildlife, great for walking and birdwatching. It has a Ben Hall (bushranger) cave.

About 35 km northwest of Grenfell on the road to Forbes is a unique experience at Phillip and Jan Diprose’s Ochre Arch Farm. Both passionate about sharing their knowledge in running their farm which runs Merino sheep and Angus cattle you learn by discussion and also touring the property about holistic management principles, off-grid power supply, sustainable farming while taking in the panoramic views, and see the Aboriginal ochre quarry, artefacts and scar tree. The experience was a real eye opener for me. The home cooked scones and slices were a bonus.

Got married in Gtown over the holidays…I think Carol at the motel was surprised to have so many out of town visitors pile in for NYE haha.

Ab Fabco - 23 minutes ago
Robyn Holder You will be waiting a while for sensible responses. This entitled bunch of parent don't seem to understand peopl... View
Elle Apopei - 3 hours ago
This is a great idea! And I have seen examples of fenced playgrounds that still incorporate nature and beauty without feeling... View
Elle Apopei - 4 hours ago
Rebecca Willis View
News 5

Futureproof - 2 hours ago
It's not just Hyundai EVs, it's Hyundai in general. There have been worldwide recalls for vehicle fires on Hyundai ICE vehicl... View
nobody - 5 hours ago
Hyundai have recalled about 1,000 electric vehicles in Australia to replace the batteries, and about 82,000 worldwide. LG hav... View
News 18

JS9 - 4 hours ago
While there is no doubt that the contracts are unfavourably placed at the moment, its not '3 times the current electricity pr... View
bj_ACT - 5 hours ago
Spot on Chewy. As has been pointed out by a few people over the last year. The ACT government has signed up fixed price 20 ye... View
phydeaux - 5 hours ago
...and remember to take a clear photograph of the meter readings, in case you need to submit a correction. View
Opinion 78

jcjordan - 6 hours ago
It is unfortunate but in many ways the APS has lost the battle when it comes to bringing in a wide range of capabilities back... View
Sarah Hassell - 15 hours ago
S550 of the fair work act, doesn't matter how you structure it there is no avoidance. View
Sarah Hassell - 16 hours ago
Its cheaper to have an in-house trained pool of staff that can move with need. I think you can see evidence is increase of la... View
News 2

The days are longer. The sun is higher. The air is warmer. No sooner did the ACT Government announce that...
News 44

WARNING: This story may distress some readers. 'Pindar' the peacock is the latest to be struck by a car on...
Lifestyle 16

@the_riotact @The_RiotACT
The @WNBL #draw has been released and, as Tim Gavel writes, there's a lot for @UCCapitals #fans to get excited about https://t.co/EV8vf94L2J (16 minutes ago)