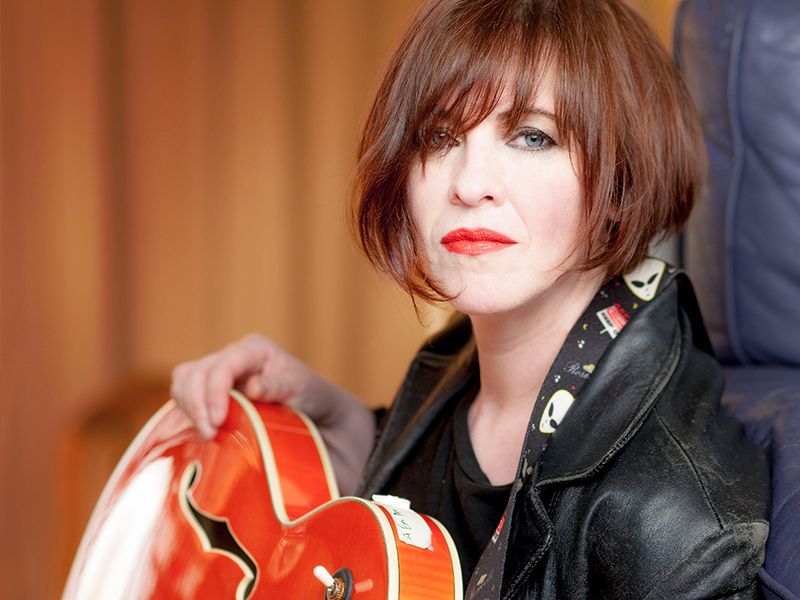 Eleanor McEvoy is one of Ireland’s foremost songwriters.

Ireland’s internationally acclaimed contemporary singer-songwriter Eleanor McEvoy  will be back here in Australia in February and March presenting songs from her new album’ Forgotten Dreams’, which was recorded in Air Studios in London as a Direct-Cut-to-Vinyl.

This means that the album is recorded as the performance is happening in the studio. There is no editing or overdubbing. The entire side of the album, 20 minutes of music, has to be recorded non-stop without any mistakes, noises, string breakages, technical issues etc. and there is only one shot at it.

The album features 10 songs including “The Spanish Word For Heart is Corazon” a song about cross –cultural- kindness, “Fragile Wishes” an homage to parenting (dedicated to her daughter) and “Slow Hand” her interpretation of the Pointer Sister’s 80’s hit. Due to popular demand the album is now also available on CD (unfortunately, at this stage only in the UK or online).

McEvoy, who is best known for her song, the Irish standard, ‘Only A Woman’s Heart which was released in 1992. Woman’s Heart remains one of the most successful Irish albums of all time, selling more than 750,000 copies in Ireland alone. Now, for the first time ever, the RTÉ Concert Orchestra is proud to present ‘ A Woman’s Heart Orchestrated’ at The National Concert Hall in Dublin in early 2020.

The RTÉ Concert Orchestra is one of the two full-time professional radio orchestras in Ireland that are part of RTÉ, the national broadcasting station. Eleanor McEvoy will join the orchestra live with other guests, Maura O’Connell and Wallis Bird there before heading here for her Australian Tour. Eleanor has toured here many times over the years and has built a solid fan base.

Eleanor’s last tour here was for The Thomas Moore Project  which paid more than homage to this most celebrated 18/19th century Irish poet, singer, songwriter and entertainer (a most colourful Georgian character infamous for being a party to the burning of Lord Byron’s memoirs after his death). Making his work accessible to a 21st Century audience, The Thomas Moore Project celebrates and revitalises some of the lesser and, indeed, well known material by the great man, such as ‘Oft InThe Stilly Night’, ‘The Minstrel Boy’

Her career began as a session musician in Dublin, playing for numerous recordings and artists including U2, Sinead O’Connor and Mary Black. She was also a violinist with the National Symphony Orchestra of Ireland for five years, but her real passion was songwriting.

Eleanor released her eponymous debut on Geffen records in LA, followed by tours in the USA, Europe and the Far East. She moved to Columbia Records in New York for her second album “What’s Following Me?”  Since then, Eleanor has gone on to become an artist and performer known throughout the world. Her critically acclaimed canon of work spans fifteen albums most recently “Naked Music” and “The Thomas Moore Project”. She has also had numerous cover versions of her songs by performers such as Emmylou Harris, Mary Black, Phil Coulter, Mary Coughlan, Bella Hardy, (BBC folk singer of the year) Eliza Carthy, Derek Ryan, Jack L, and up and coming Irish band Saint Sister

Her song “Sophie” was described by David Smith in The Guardian as “an anthem that is touching, inspiring and consoling thousands of anorexic girls around the world” and it is used internationally in treatment centres to treat patients with eating disorders.

Support act in the lodge from 7:15 pm

Main show in the theatre from 8:00 pm

Get your tickets here

Daniel McIlroy - 24 minutes ago
There was an auction on Kirkton today. Should be interesting to see how that went too View
Jennifer Kerr - 3 hours ago
Sophie McGready this is nuts View
HiddenDragon - 3 hours ago
With what seems likely weekly explosions of excitement about the latest "suburb price record smashed", the ACT government's l... View
Sport 1

Kalo Arepo - 5 hours ago
Were they trying to jump the queue? View
Smackbang - 14 hours ago
How about you stop passing judgement on someone you know precisely nothing about? View
Opinion 82

consumeradvocatecanberra - 7 hours ago
Most folk don't get it. Canberrans love their cars and have done so for 30 years. It's quick and convenient. But, imagine car... View
Lucy Jane - 8 hours ago
4 day week for everyone but everyone gets a different day off. Will help immensely with traffic congestion and has been trial... View
Ronnie Adams - 12 hours ago
Helicopter 🚁 View
Community 15

@The_RiotACT @The_RiotACT
Bogong moths, witchetty grubs and crickets could add more crunch to your cooking according to a @CSIRO report outlining Australia's potential in the edible insects market https://t.co/oevzIJa51X (23 minutes ago)