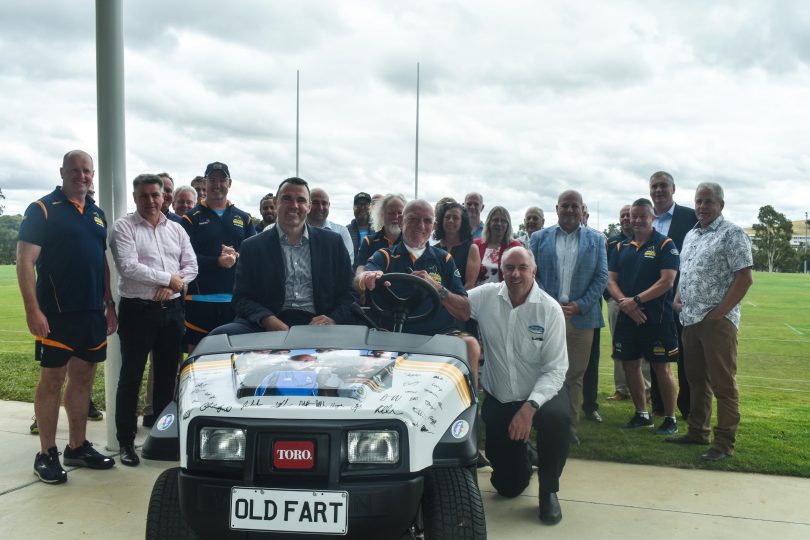 Every year for the past 20 years I reckon I have asked Garry Quinlivan why he returns each season as the Brumbies assistant manager given it’s a volunteer role.

“It’s the boys,” he says. He loves being around them; he loves the banter.

“Nothing gives me more pleasure than seeing the players develop individually and as a team,” says Garry. “I love the daily banter we have and the friendships we share.”

Make no mistake, the players love having him around, so it’s very much a two-way street.

But for Garry Quinlivan, “if it wasn’t for them and the club, I wouldn’t be as young and active as I am”.

A tangible indication of this affection came in 1999 when the Brumbies players in the Wallabies squad paid his airfare to travel to the UK for the World Cup. That generosity meant he was there when Steve Larkham kicked that memorable drop goal to win the semi-final.

I’ve been told that Garry was almost in tears when Joe Roff walked across and gave him his Wallabies jumper from that game.

At 84 years of age he is a true father figure, setting everything up at 6:30 each morning, loading his mini tractor for every training session for his boys. He has been involved with the Brumbies as the volunteer assistant manager since their opening game in 1996.

Phil Thomson, an old mate from the Royals Club who is now the Brumbies CEO, was the manager in those early years of Super 12 with Quinzo, as he is known, by his side.

Quinzo’s around so much and he’s often the first to arrive and the last to leave. It was years before the players found out that he was actually a volunteer.

Between 1996 and 2012 he missed just two Super Rugby games, including away games. He was absent for the entire 2013 season, though, as he battled throat cancer.

Because of throat cancer, he now speaks through an artificial voice box, so he sounds more like Darth Vader.

It’s a far cry from the days when he was a pacey winger in club rugby, but the endurance is definitely there with his commitment to rugby stretching over six decades.

That contribution has been recognised recently with the prestigious 2020 Spirit of Rugby award. Rugby Australia CEO Rob Clarke, who presented the award, had once been the Brumbies CEO so he is well aware of role played by Quinzo. 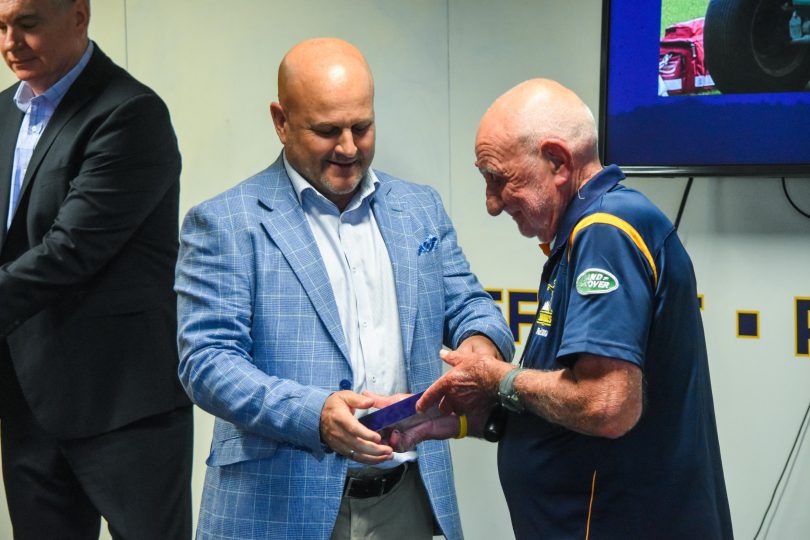 Quinzo was overwhelmed by the award.

“I’m truly honoured to receive this award and want to thank Rob Clarke and Rugby Australia for adding me to the list of great rugby people to win the Nick Farr-Jones Spirit of Rugby Award,” he said.

Never forgetting the team, Quinzo said, “I’m grateful to have been a part of what I believe is the best provincial rugby team in Australia, and I have many fond memories of great victories, championships, and fighting through the tough times”. 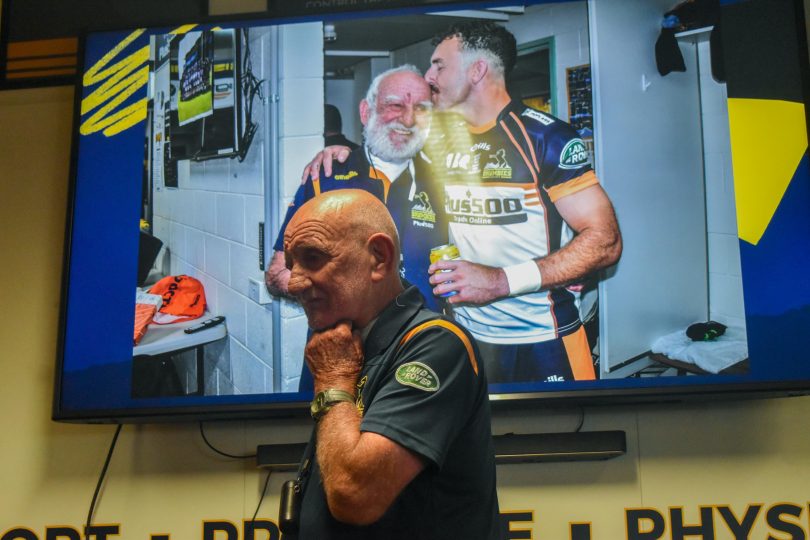 Garry Quinlivan has been an integral part of the Brumbies family for decades. Photo: Brumbies.

There have been a few tough times for both the Brumbies and Quinzo, but they have both been there for each other, just like a family. And I can honestly say, he is one person that you would always want by your side.

This is where commitment to helping others through sport should be acknowledged as important as commitment through other humanitarian efforts, now more than ever. If not already received, he is worthy of the ASM

Congratulations Gary it is well deserved 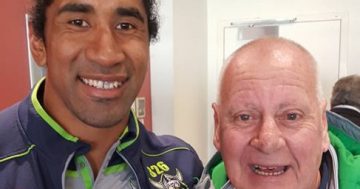