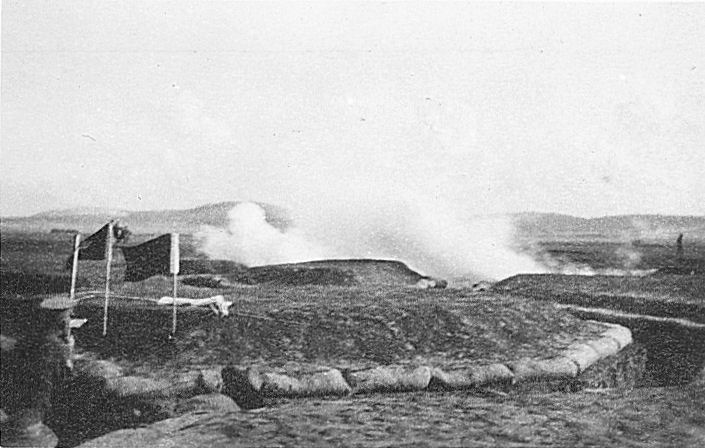 The Jerrabomberra Wetlands may look like a large paddock, but underneath the soil lies a site of national historical significance. Over 100 years ago, Duntroon built trenches across the river from its school to train officers in Trench Warfare and Bombing during World War 1. Buried and forgotten, the trenches were rediscovered in 2014 by Canberra historical writer Mark Butz, who now runs tours of the site as part of the Woodlands and Wetlands Trust.

“I was doing some research into the history of Jerrabomberra wetlands when I came across a reference to soldiers doing training out on the flat opposite Duntroon,” says Mr Butz. “So I started hunting old photos to see if I could pick up anything, and we did see strange shapes in the photos and we then found earlier air photos which confirmed to me that there were, in fact, man-made structures out there on the flats. We looked at maps and archives which told us there was no question where they were and what they were.”

Mr Butz went on to investigate further and excavated part of the trenches in 2015 with the help of the ANU. Stripping away 60cm of ground surface, the exercise uncovered sandy lines running across the black soil of the flat.

“We were surprised it was there, surprised to find it and surprised it was forgotten. You could still see it under the surface. Unfortunately, we had to re-bury it because the weather would destroy it, and the water table is higher as well. When you dig down the trenches are half full of water, which was different 100 years ago,” he says.

“Because we did the excavation we were able to plot on the land with some accuracy where the lines of the trenches probably run under the surface. We’ve marked the lines out so we can walk the system on the tour and talk about what each part of it did and why it was built the way it was.” 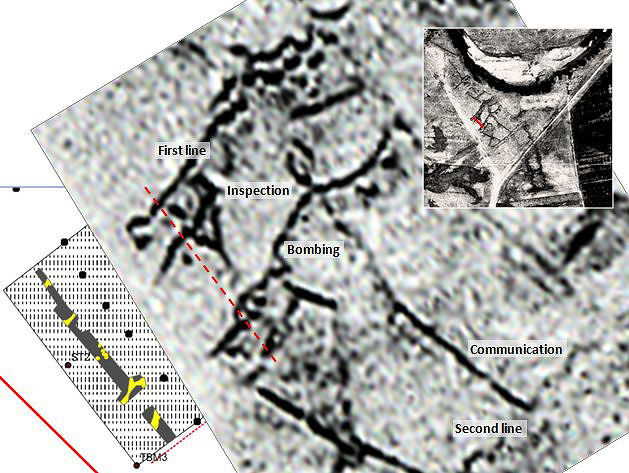 The Jerrabomberra Wetlands is a by-product of the creation of Lake Burley Griffin. It was always a flood plain, but when the lake was built it backed water up into the Molongolo River, Jerrabomberra Creek and other channels in the flat which created water where there wasn’t before. The area has now become a habitat for birds, platypuses and other native wildlife, and has since become a heritage listed site. Luckily this has meant that the buried trenches were preserved, whereas similar training sites in other capital cities have been built over as the cities expanded over the last hundred years.

“The wetlands are known for the birds, platypuses and water rats but they also have a lot of history attached to them,” says Mr Butz. “The discovery of the trenches represented a new Canberra story, totally forgotten. It was exciting because we could do real archaeology to investigate, and exciting because this was all happening at the Centenary of WW1, so it captured people’s imagination and still does.”

Mr Butz will be releasing a book on the history and discovery of the training trenches in the coming months (refer to the Jerrabomberra Wetlands website for updates), and will be running tours of the site this Friday and Saturday, and later in April and May as part of the Canberra and Region Heritage and Festival.

Images supplied by the Army Museum of Officer Training

Richard Grainger - 12 minutes ago
That building is simply storage. The cost that the Archives desperately need funding for is to digitise the records. A lot of... View
Louise O'Donnell - 7 hours ago
Yes that is the repository, or storage area. The files (paper, digital, and so forth) need to be stored somewhere safe and en... View
Lori J Tas - 14 hours ago
Bet the ALP wont do anything either 😒 View
Community 1

Kimmy Hunter - 33 minutes ago
Well your very lucky because I had a family member told they can’t access nsw health and had treatment refused View
JC - 3 hours ago
Christian your $35 is not a co-payment that is you paying your doctor more than what Medicare pays then. The proposed co-paym... View
Crystal Darmody - 4 hours ago
Kimmy Hunter I'm currently in Sydney with my son and yes I'm an ACT resident. Not for an ENT but a service that is limitedly... View
Food & Wine 12

Jodie Sharples - 2 hours ago
Julie Warren this answers our questions from yesterday View
Amy Stewart - 11 hours ago
Mark Turner this is what we drove past… View
Michael Bailey - 11 hours ago
Laura Ann this weekend??? Maybe Sunday recovery meal…… View
Opinion 15

chewy14 - 2 hours ago
JC, $60million a year for one stage of light rail that services a tiny minority of the population. With the government commit... View
Margaret Tuckwell - 2 hours ago
Nobody owns the whole buildings, but individuals so hard to enforce rules. View
Kriso Hadskini - 2 hours ago
The highways that approach are a disgrace too. So much large rubbish on every approach road to Canberra. Its embarassing. Peo... View
Food & Wine 11

Tyson Powell - 2 hours ago
Tyler Greening look at him doing so much more View
Sarah L Yoong - 2 hours ago
Great story which many of us can relate to. Well done Alan! View
Michael Rose - 5 hours ago
Congrats Alan for owning your story and the business! All the best View
News 62

Melissa Wells - 11 hours ago
Ben was one of my teachers at Melba High in 2004/5. Such a genuine and caring teacher! Had no idea about this, but when is a... View
show more show less
*Results are based on activity within last 7 days

@The_RiotACT @The_RiotACT
A sexual assault survivor explains how she was inspired to speak out about her domestic abuser by #AustralianoftheYear Grace Tame @TamePunk https://t.co/oI3MbK5gAZ (43 minutes ago)

@The_RiotACT @The_RiotACT
A new bridge planned for the village of Towrang, outside #Goulburn, has locals split over losing their defining isolation https://t.co/9cpg9kfTaZ (2 hours ago)

@The_RiotACT @The_RiotACT
Alan Tse went from a career in a heavy drinking corporate culture to co-founding a Canberra startup that provides beverage options for those who choose not to drink alcohol https://t.co/RUUOzWV8eB (12 hours ago)