Family’s housing plan would double the size of Sutton 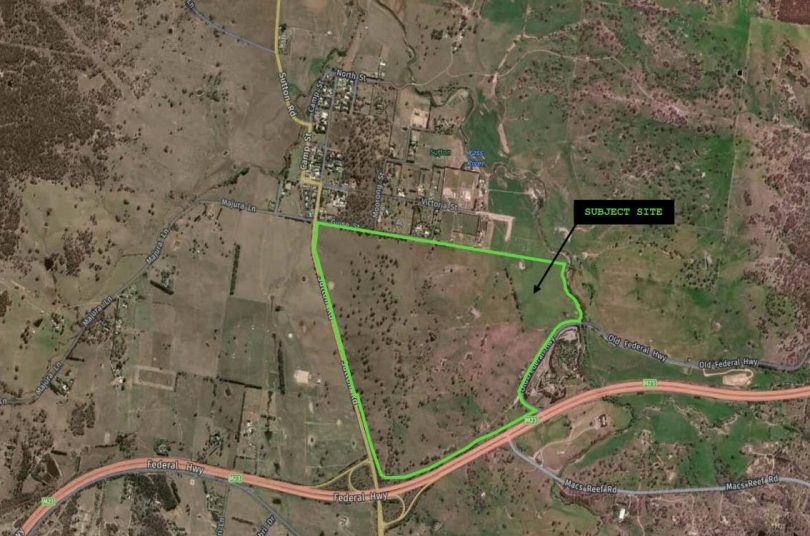 The Cartwright family property next to Sutton Village that could be subdivided if Yass Valley Council approves the family’s planning proposal. Images from the proposal document.

Plans to convert rural land in Sutton into housing would double the size of the village just across the NSW border to Canberra’s north.

The Cartwright family, through a planning proposal prepared by Capital Region Planning, is asking the Yass Valley Council to rezone 180 hectares so it can develop a combination of large residential and rural-residential lots, with the rest of the land set aside as environmental reserves.

The site, which has been in the Cartwright family for 150 years, is bound to the south-east by Tulip Top Gardens – a privately owned garden and nursery – Sutton Village to the north, and rural land to the south and west.

The land, considered to be at the ‘front door’ of Sutton when coming from the Federal Highway, had been nominated in the 2017 Sutton Village Master Plan as being capable of accommodating an extension to Sutton Village as well as some commercial development and further large-lot residential subdivision.

The land to be given over to housing is considered to be of low environmental value and would be rezoned from RU1 Primary Production to RU5 Village and R5 Large lot Residential while the rest, about 100 hectares, would be rezoned as E3 Environmental Management and be conserved in four ‘stewardship sites’ protected in perpetuity, with three minimum sizes of 20ha and one of 40ha. 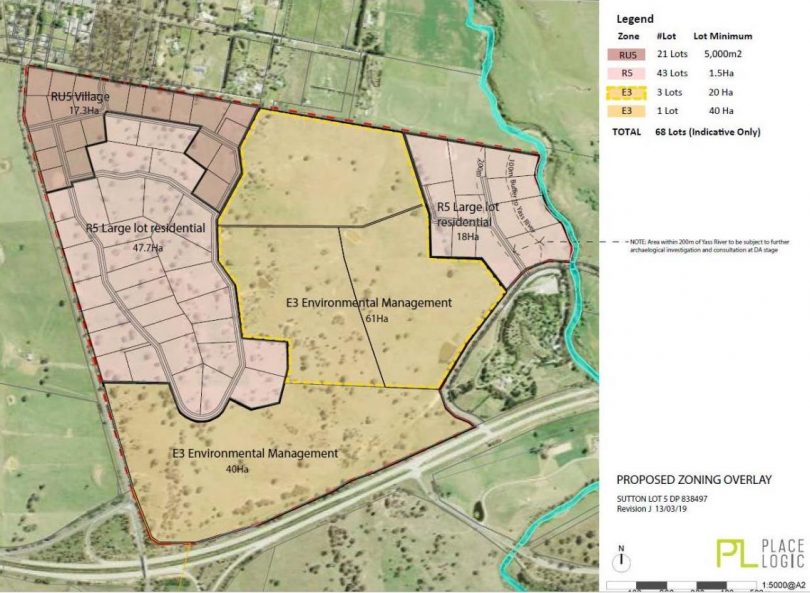 The planning document says the lot sizes will support the on-site management of potable water and sewage.

It says the land is undeveloped with a long history of agricultural use, which has altered the original woodland vegetation through successive years of cropping, pasture improvement and grazing.

But a 2018 report identified an endangered ecological community, Box-Gum woodland, and a vulnerable species, the Superb Parrot, that may require referral to the Federal Department of Environment and Energy under the Environment Protection and Biodiversity Conservation Act.

It says the DOEE may accept a stewardship agreement to manage the Box-Gum woodland as an appropriate offset. For the Superb Parrot, the report said more survey work was needed to map hollow-bearing trees, which may be used as breeding habitat and to identify any trees with nesting pairs.

The report said that impacts on habitat could be minimised by selective positioning of buildings on individual lots to avoid the removal of significant trees.

The planning proposal is open for public consultation until 26 June. Click here for more information. 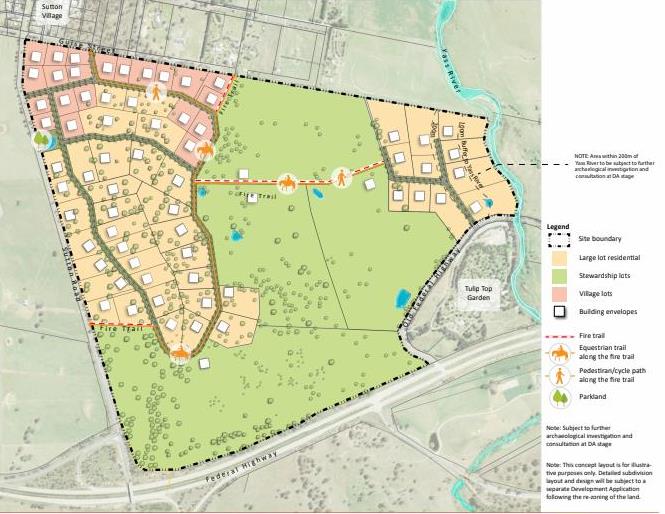 The planning document says the lot sizes will support the on-site management of potable water and sewage
“potable sewage”? good luck with that.

Don’t let Apartment Barr near it

David Tonacia can't if it's in NSW.

Where will they get their water from?

Where will their sewerage go?

Guy Speake rain water and septic tanks, it was in the article

Be interesting to see how the school copes with the extra influx of kids....

I don't know if we'll have the rain. Also, those blocks look mighty tiny for a lot of septic tanks. It would be a shame if the mistakes made in Bungendore twenty years ago were simply repeated.

I could handle that.

Great idea as long as all LEP’s and rules are followed and not bent or stretched for this particular applicant. We own acreage and can very well subdivide however there are very stringent rules associated with that subdivision.. the developer will make big $$$ so hopefully it’s all above board and there’s no dodgy business done behind the scenes

As long as the Sutton Bakery is heritage listed David Thornton

Natalie Grey - 6 minutes ago
Jill Lyall "what's wrong with socialism?" Try asking the citizens of Venezuela! View
Jill Lyall - 4 hours ago
Henry Kivimaki what’s wrong with socialism? It’s a better use of our taxes than building war machines and subsidising min... View
Marie Ryan - 9 hours ago
Bob Cheney Why would we want to get rid of the current govt when they've achieved a city that runs on renewable power and has... View
Opinion 67

Michael Cruckshank - 24 minutes ago
Radiation causes cancer. Wireless devices cause radiation. View
Matt Gard - 2 hours ago
Send them a note. "It's wired to the node." View
David Jenkins - 7 hours ago
Why? That's just the cost of the works in imposing this thing on a national heritage precinct. Just wait until all the cedars... View
News 27

Gerry Satrapa - 2 hours ago
Peter Robinson “starting to pop up around the place”... like; where, exactly? View
Andrew Nelson - 12 hours ago
I see Julia bullship is working her magic View
News 177

JC - 11 hours ago
Opportunity cost works both ways. Think of the enormous costs that have otherwise been saved by not having to add extra road... View
John Kerry Tozer - 12 hours ago
Daniel Bryan - Be REALLY good if they told us how they are going to get across the lake! View
Sharvi Tinnlonga - 15 hours ago
I agree that the rail should go to Kingston, and then on to the airport if a suitable route could be found. I think the airpo... View
News 3

Robyn Holder - 11 hours ago
Bill Pappas if they were funded properly by govt they wouldn't have to rely on fees to run the uni. View
Lifestyle 6

Jose Vega - 14 hours ago
Waste of money the federal government has already written the conclusions and recommendations and is now spending my tax paye... View
Eric Anthony Lucas - 21 hours ago
Susie Edmonds on the contrary, it makes sense not to spend a fortune on enquiring into something the IPCC has already covered... View
News 6

Jeff Smith - 19 hours ago
I don't know whether the gang laws will work or not. But to claim this work 'as an Independent report' is far fetched. The au... View
show more show less
*Results are based on activity within last 7 days

One of the biggest events on the Canberra calendar arrives this weekend. The National Multicultural Festival will turn the CBD...
News 84

The 1.7 kilometre extension of light rail from Alinga Street to Commonwealth Park via London Circuit will be wire-free, in...
News 84

Opposition leader Alistair Coe has asked Canberrans to have higher expectations ahead of this year’s election following the Government’s budget...
Opinion 67

The first stage of the proposed new cemetery in Canberra's south will have 2500 burial plots in a lawn and...
Opinion 17