Farming in tune with nature 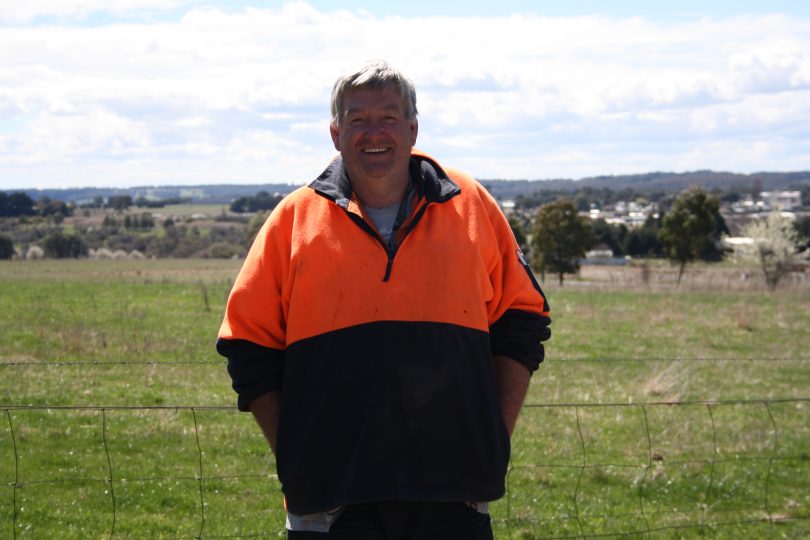 Garry Kadwell has established an ecological zone on his property at Crookwell. Photos: Maryann Weston.

Science at its simplest requires observation and conclusions. For fourth-generation farmer, Garry Kadwell, watching how nature ‘knows best’ helped him create an ecological zone that increased productivity on his Crookwell-certified seed potato enterprise.

The Kadwell Potato Company is synonymous with quality and high standards. Its seed potatoes which are supplied across Australia to commercial potato growers are free of major diseases and bacteria. Even in a drought, Garry’s yields are resilient and that’s largely due to the 32ha conservation area established on his property.

“Conservation enhances production. Biodiversity brings the beneficial insects and birds, and protects from frost and wind,” he said.

“It helps to retain moisture, keeping the soil’s good – the water storage in soils is increased. We are working with nature instead of against it.”

In keeping with his sustainable farming techniques, Garry doesn’t use insecticides and adopts an ‘Integrated Pest Management’ (IPM) regime which is an environmentally-friendly way to manage pests focusing on prevention.

Central to the ecological zone has been the establishment of wetlands which began with a small dam in a swampy area of the property.

“We’ve slowed the water down and kept it clean. This has encouraged beneficial co-existence that has evolved over time and changed the ecology of the area for the better,” Garry said.

His inspiration and his laboratory have been nature itself.

“I’m not a scientist but I’ve learned from watching what nature does. I really have been working with nature.”

Garry won the Australian Government Innovation in Agriculture and Land Management Award in 2017 and has been nominated a second time this year. He will travel to Brisbane in October to represent NSW in the awards.

Most farmers generally do work with nature but there are high expectations of agricultural production, including that yields will be high every year.

“We have to let our soils rest. Our expectations are that we will have good years every year but farming has to be sustainable and our legacy has to be an improvement on the past; not a detriment.

“If the land is not resilient then climate variation will impact. You have to trust in the land, and in yourself.” 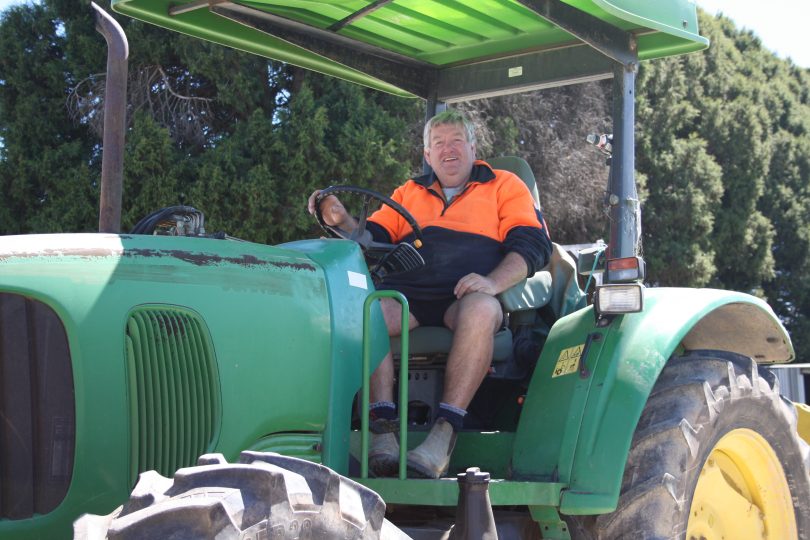 Farming is a risk in a changing climate, but working with nature can deliver multiple benefits.

The ecological zone has been established through capturing water runoff, slowing it down and directing it outwards. Even on this smaller scale, it underscores the importance of capturing water storage to boost the sustainability of production in dry times.

“The drought has resulted in cancelled seed orders, despite potatoes being one of the most water use-efficient crops in the world. The dams are low and we have to go further afield to find water because we can’t use the same ground for five years as part of our certification process. The risk for our enterprise in dry times is enormous,” he said.

“The government has to address water storage in this country because at the moment we have to pay for our own water out of our own dams.”

He questions why government hasn’t been more responsive to sustainable farming with a focus on water storage and security.

“Why can’t we capture more water in coastal floods for example and create water security during dry times? We haven’t built a major dam in this country since the 1950s. Politicians have to stop being reactive in drought and become proactive.”

Garry doesn’t use the phrase ‘climate change’ because he believes it’s a politically-loaded description, however, he believes there is no doubt there is a constantly changing climate in Australia. It’s time for governments to acknowledge climate variability.

“Water security is vital to the future of agriculture in Australia. Water is viewed in this country as a dollar resource but it should be looked at as the lifeblood of food security and that’s of national importance.

“The politicians don’t seem to understand this and that’s why we need vision and strong leadership, not just reactivity when there’s a drought.”

The Kadwell Potato Company is a member of the Crookwell Potato Association, a group of innovative farmers who had the foresight to implement a quality assurance certification program for the region’s potatoes when the NSW Department of Primary Industry withdrew from certification. Crookwell is a quarantine zone for potatoes.

Annette Hemsley - 32 minutes ago
Should be up to each business to choose what they want to do and it’s also the choice of each person if they go into an est... View
Capital Retro - 3 hours ago
I recently discovered some old papers belonging to my late father. Among them was an "Identity Card" Form C.R.3 which was iss... View
Hans Dimpel - 5 hours ago
Tod Davis which rules and who is speaking them? Are you sure you aren't being influenced by rightwing conspiracy pages with a... View
News 138