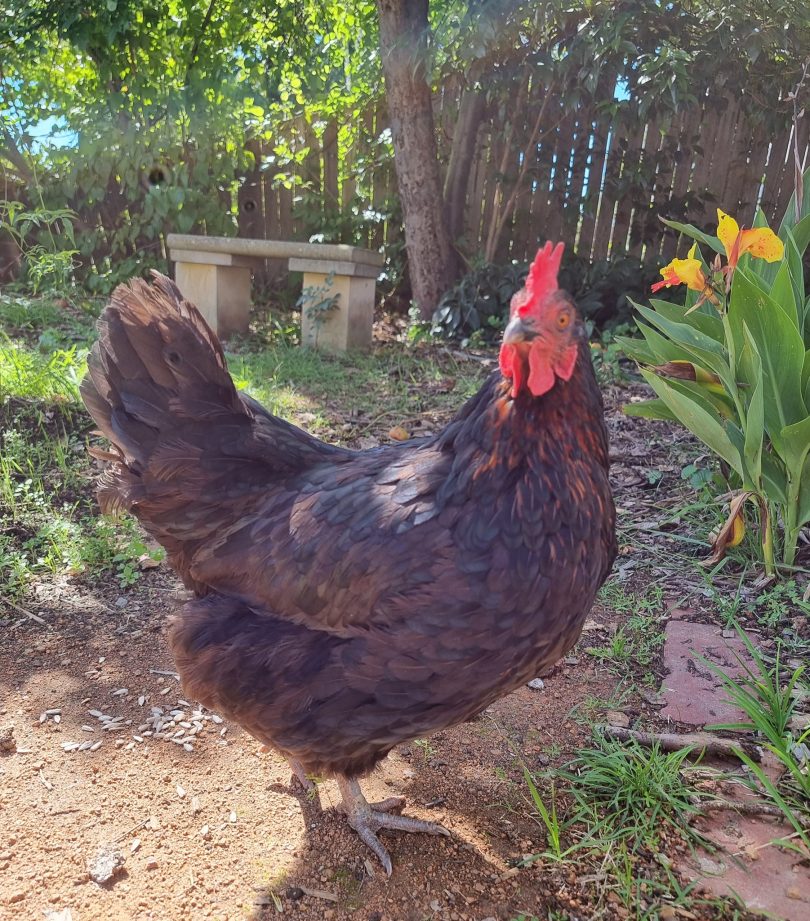 The residents of four neighbouring Queanbeyan properties have had their feathers ruffled by the mysterious disappearance of their community chicken that’s flown the coop.

The happy hen that called four properties in Callum Street home is so special she has four different names: Juliet, Betty, Gobble Gobble and, of course, Chook Chook.

However, the residents are not happy that someone has taken their community chicken, which has left a vacancy at the top of the pecking order.

The chicken, a distinctive Australorp breed, is fed and loved by the Callum Street residents, whom resident Claire Stewart described as an integral part of the neighbourhood.

“We think someone thought she was a stray chicken and asked one of the neighbours here if they could have her,” Claire said. “Shortly after, she disappeared, and we would dearly love her back.

“Chook Chook had been giving us an egg or two a day which we would share with the neighbours.

“We think she may have been rehomed, but she belongs in Callum St, so we really just want to know she is okay and for someone to bring her back.” 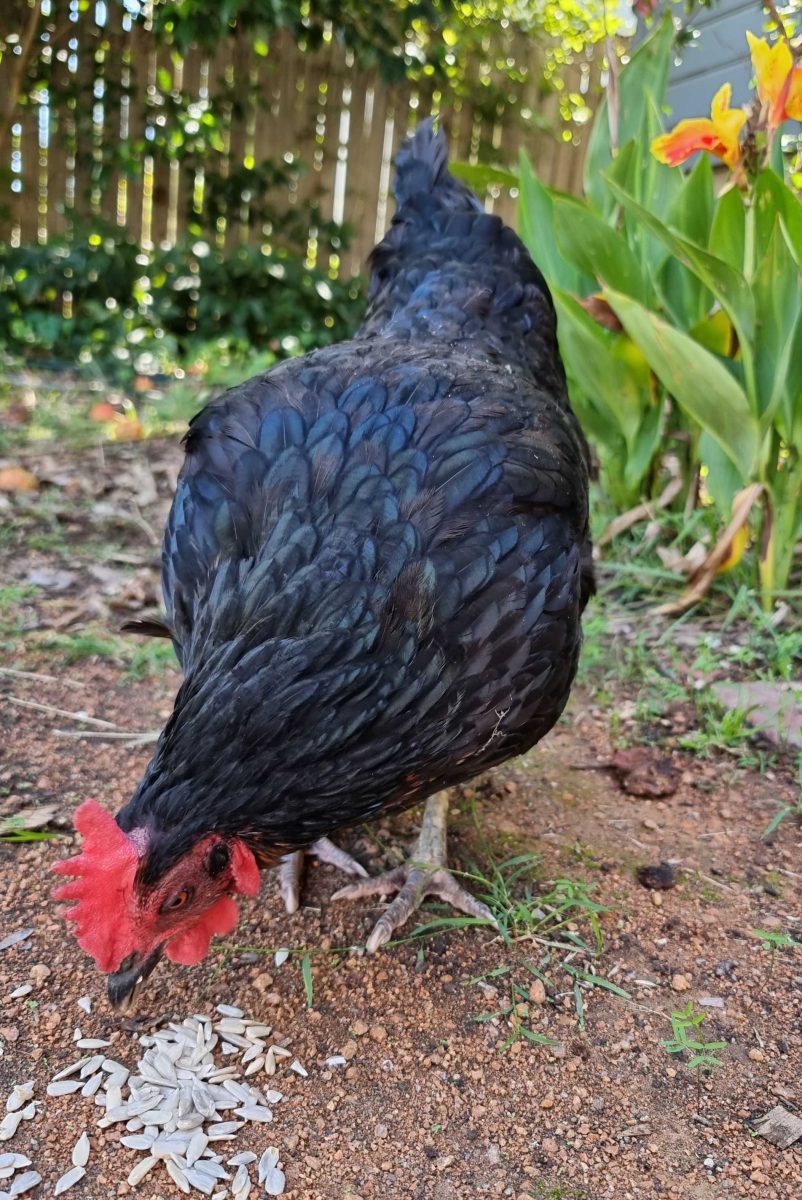 Chook Chook/Gobble Gobble/Juliet/Betty disappeared about two weeks ago but arrived in the street on a windy day before Christmas last year.

The residents put a post on the lost animals’ database on Facebook, but nobody claimed her, so she just stayed in her new home. The Callum Street residents have since posted on the database and Queanbeyan Community Notice Board asking for the much-loved chicken to be returned.

“Everyone in the street who sees her walking around gets a big smile on their face. She has a great personality and she just brings joy,” Claire says.

The residents understand she may have been rehomed – they just hope she has not been roasted for someone’s Sunday dinner.

“The person who picked her up knows where to drop her off, but anywhere between numbers 16 and 20 Callum Street will have her back home in her free-ranging happy home,” said fellow resident Fenji Stradwick on Facebook.

“We understand that she may have been rehomed with her welfare at interest, but she belongs in Callum Street.”

The residents say it would be an eggcellent outcome if their community chicken could be returned. There could even be an ongoing supply of eggs as a reward.

CityDweller - less than 1 second ago
Well if you look at the disaster being created along Parkes Way and Anzac Parade, we would end up with another apartment buil... View
News 6

Kathy Tozer - less than 1 second ago
Well done Robyn, wondered what had happened to you after all these years. View
Courts & Crime 1

54-11 - less than 1 second ago
The continuing prosecution of Collaery and Witness K is an absolute disgrace, and is a stain on the character of the Liberal... View
News 2

Capital Retro - less than 1 second ago
If our progressive education system extended studies to local history, students would be aware that in the last 80 years, sev... View
show more show less
*Results are based on activity within last 7 days

Launching at the end of May, Okami is taking over the large, renovated space that was occupied by Olive at...

@The_RiotACT @The_RiotACT
The #mouse plague continues unabated in the regions and locals are at their wit's end https://t.co/qsJgAhU7cS (2 hours ago)

@The_RiotACT @The_RiotACT
Canberra has a dynamic arts and culture scene, but we don't know what it's worth and what it needs to be a powerhouse. A new study will change that https://t.co/K6gLx3zKf3 (3 hours ago)

@The_RiotACT @The_RiotACT
Calling all murder mystery fans and amateur sleuths - the opportunity to put your skills to the test is coming to Canberra's streets in July. Have you got what it takes? https://t.co/PC1KVVYKT1 (5 hours ago)