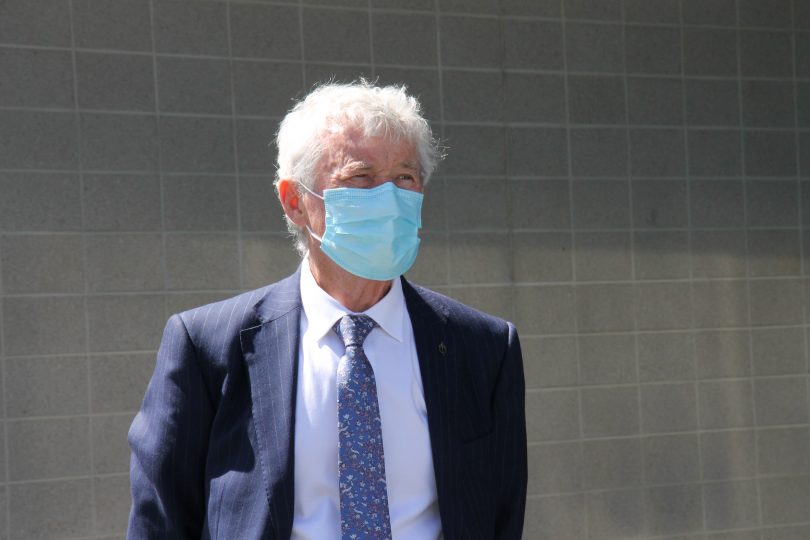 Barrister Bernard Collaery, who was the lawyer for Witness K. Photo: Albert McKnight.

Even though an appeal against whistleblower Bernard Collaery recently found open justice was integral to the court system, the federal government is still fighting to keep aspects of the appeal hidden from the public.

In June last year, the ACT Supreme Court’s Justice David Mossop made orders under the National Security Information Act that would have meant parts of Mr Collaery’s trial would be held in secret.

However, Mr Collaery won a victory against this order in October when the ACT Court of Appeal’s three justices ruled against some of it and said “there was a very real risk of damage to public confidence in the administration of justice if the evidence could not be publicly disclosed”.

“The court emphasised that the open hearing of criminal trials was important because it deterred political prosecutions, allowed the public to scrutinise the actions of prosecutors and permitted the public to properly assess the conduct of the accused person,” the justices said.

But in the Court of Appeal on Tuesday (2 November), the open courtroom briefly heard arguments on why parts of the court’s recent judgment should be redacted.

Representing the Attorney-General, Anna Mitchelmore SC said the redactions should be made because the case was ongoing and had to go back to Justice Mossop so he could rule on whether or not there should be court-only evidence in the upcoming trial.

But Dr Christopher Ward SC, representing Mr Collaery, said the task for the Court of Appeal’s Chief Justice Helen Murrell, who was presiding over the issue of redactions, was independent of the task before Justice Mossop.

In a comment made after the court had been closed, Human Rights Law Centre senior lawyer Kieran Pender said the secrecy in the case eroded public confidence in the justice system and opened the door to political prosecutions.

“That’s what the ACT Court of Appeal said last month,” he said.

“People who tell the truth about wrongdoing should be protected, not punished.

“The next step in this sorry saga should be to drop the charges altogether, not to argue for more secrecy, at a secret hearing, about a judgment that said no to a secret trial.”

Witness K pleaded guilty to his role and was sentenced earlier this year. But Mr Collaery is fighting charges alleging he breached the Intelligence Services Act by providing information from the Australian Secret Intelligence Service (ASIS) to ABC journalists and that he conspired with his former client to give such information to the Timor-Leste Government.

Chief Justice Murrell will announce her decision on the issue of redactions at a later date.