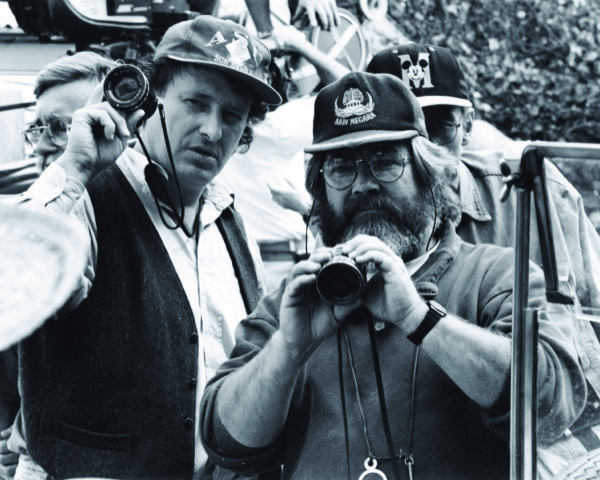 Geoff Burton (right) with director John Duigan (left) on the set of The Year My Voice Broke in Braidwood in 1987. Photo: Supplied.

In film and television, Geoff Burton’s name is synonymous with more than 50 feature films including The Sum of Us (1994), starring Russell Crowe, and The Year My Voice Broke (1987), shot in Braidwood, plus hundreds of TV dramas and documentaries such as The Cowra Breakout (1984) and Bangkok Hilton (1989).

However, ask people in the Canberra wine region who Geoff is and they’ll tell you about Gundog Estate.

Geoff’s training as a cinematographer sustained a 40-year career in film and television that eventually progressed to writing, producing, directing and teaching.

Retirement, on the other hand, was intended to be a much simpler affair than lugging heavy cameras around on set, and today Geoff is happiest when nestled among the vines on his small bush block in Gundaroo.

The excitement and exhilaration of cinema captured eight-year-old Geoff’s heart. His childhood was like Toto’s in Cinema Paradiso, with Geoff spending every weekend at the pop-up cinema in Windsor, in the NSW Hawkesbury Valley.

In return for a seat at the cinema, Geoff helped a frail and often drunk projectionist from Paramatta carry cans of film up to the projector.

However, a film and television industry barely existed in Australia in the early 1960s and the only hope anyone had of entering was by learning on the job. Fortunately for Geoff, three film traineeships were on offer at the ABC when he left school aged 17.

Television had only arrived seven years before Geoff began his traineeship so naturally many people at the ABC were learning on their feet. However, he learnt more at the Sydney Film Festival, where he spent two weeks every year watching everything he could. 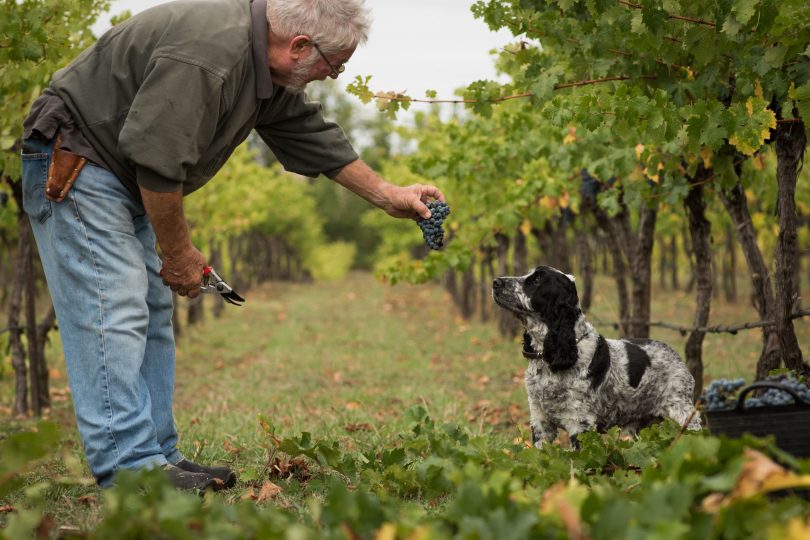 Geoff Burton teaching one of the family’s gun dogs, Stanley Kubrick, not to eat the grapes. Photo: Supplied.

In the late 1960s, Geoff secured a job at the BBC in London through his ABC connections. It was while working for the BBC and travelling through Europe that Geoff discovered a taste for fine food and wine.

However, wine remained Geoff’s side interest while there was more work than he could say yes to back at home. The South Australian Government established the first state film corporation in 1972 and Geoff found work on Sunday Too Far Away (1975), Storm Boy (1976) and The Fourth Wish (1976).

NSW and Victoria soon followed South Australia, and Geoff went on to work across the country and overseas, including back in the UK, Asia and the US.

One of Geoff’s biggest achievements in film and television was encouraging more women to become cinematographers by ensuring they always represented at least 50 per cent of his crew.

Years later, Geoff transitioned into wine through his son, Matthew, while his other son, Aaron, followed as a filmmaker.

Matthew had tried his hand at winemaking during a two-week work experience placement in year 10 and never looked back.

His interest had come as a surprise to the family, although Geoff admits there was always talk of wine in their house and Matthew had sampled wine as a youngster in those more liberal days. 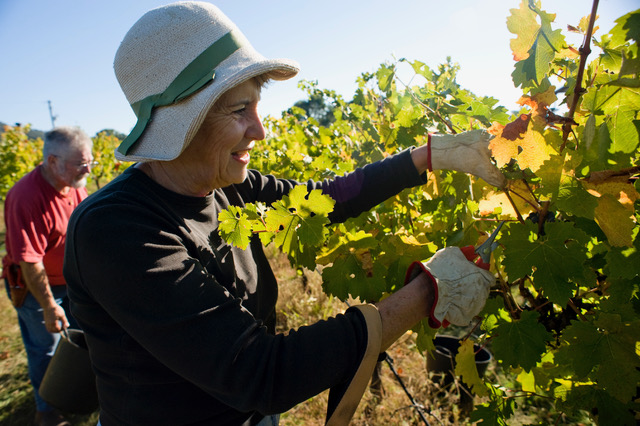 Geoff Burton and his partner, Sharon Bell, handpicking grapes during one of their first vintages in Gundaroo. Photo: Supplied.

The vineyard in Gundaroo was first intended as a small hobby that could be the excuse Geoff and his partner, Sharon Bell, needed to escape the city.

However, Matthew made a rosé in 2008 from cabernet sauvignon from the property’s bush block vineyard and it had unexpected success, winning a trophy at the NSW Wine Awards. The second wine, a shiraz made in 2009, also won awards, and so in 2010, the family went to market with Gundog Estate, named after their love of cocker spaniels.

Interestingly, the first time the family sent freshly picked grapes to Wandin Winery, they found the motion on the back of the truck meant the grapes didn’t need to be pressed on arrival. It’s still the method they use to extract the juice!

Today, Gundog Estate makes many wines, including semillon, shiraz, rosé and fortifieds, and also runs the Cork Street Cellar Door in Gundaroo, and Gundog Hunter Cellar and Gourmet Pantry. Geoff, Sharon and Matthew all own the business, and Geoff recently put up his hand to take over as president of the Canberra District Wine Industry Association.

The wines are still produced in the Hunter Valley, at a winery owned by the Burtons, however, the family has plans to open a winery in Gundaroo within the next two years.